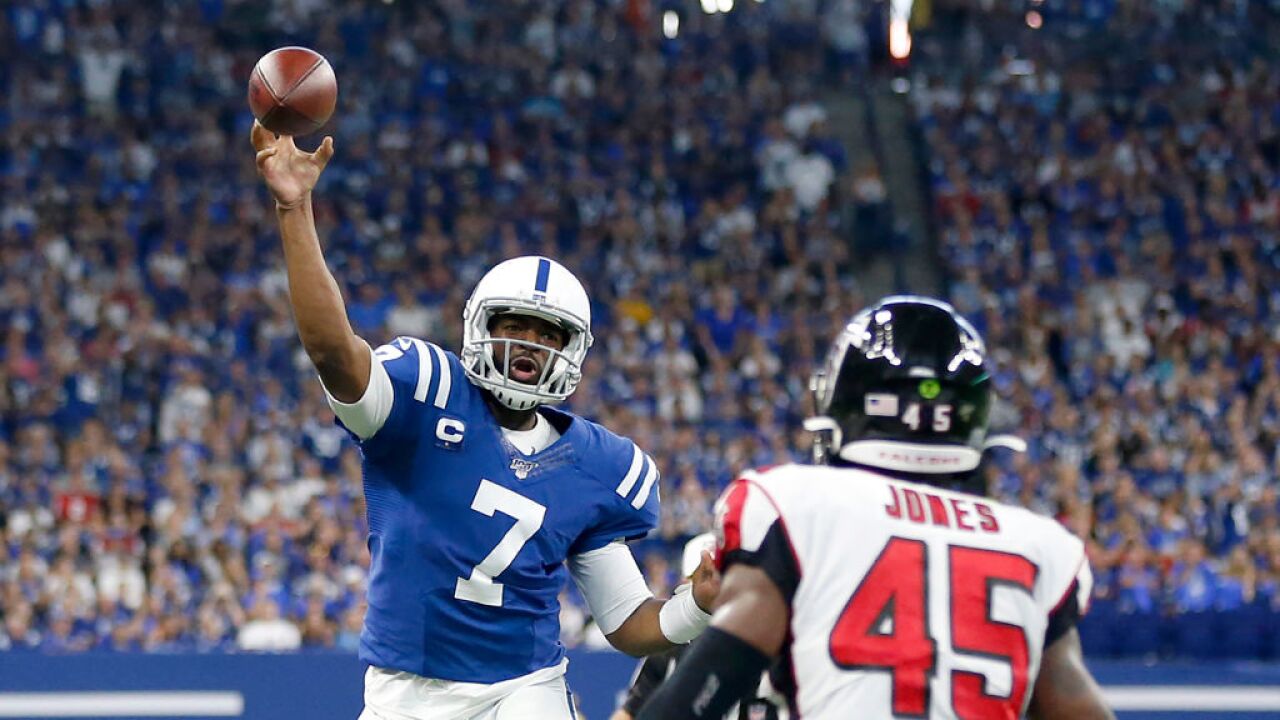 KANSAS CITY, Mo. — Kansas City Chiefs quarterback Patrick Mahomes and the squad return to the friendly confines of Arrowhead Stadium for only the second time in five weeks.

But the reward for being road warriors is that the Chiefs get to remain at home for four of the next five games, including two appearances on Sunday Night Football on 41 Action News in October.

As it currently stands, the only team with a losing record on Kansas City’s schedule for the entire season is the winless Denver Broncos.

Each week, the Chiefs have taken the opposing team's best shot in the first quarter. Detroit even kept it up for the entire game last week.

The Indianapolis Colts won’t be any different after having an entire offseason to ponder their collective failure in a 31-13 loss last January in the AFC Divisional playoffs.

The Colts experienced a seismic changing of the guard with the unexpected retirement of former No. 1 overall pick and franchise quarterback Andrew Luck.

It’s forced coach Frank Reich to tweak parts of the Indianapolis offense to fit new starting QB Jacoby Brissett, but the strength of the offense remains the run game that ranks No. 7 in the NFL behind a tough, physical offensive line.

Here are five keys to (a comfortable) victory for the Chiefs:

Three weeks in a row, opposing teams have run at the right side of the Chiefs’ defense with great success.

So far this season, have run from their center position to the right side 74 of 102 times. Teams don't continually attack like that week after week unless there is a weakness easily identifiable on tape.

By doubling the defensive tackles then bouncing to the second level to pick off the Chiefs’ linebackers, teams have put up huge numbers.

Kansas City will need to start shooting/attacking gaps, switch up its gaps or alter the right side of its defensive line rotation.

The Colts dug a hole early and lost last season’s playoff game because they never could get to the run game, rushing only 14 times and passing 36 times.

The coaching staff got into a panic about keeping up with the Chiefs’ high-octane offense and abandoned its biggest advantage. We’ll see if Reich learned his lesson.

2. Use overloads or ‘wide nine’ ends

Brissett isn't the most fluid or athletic quarterback. He will not be confused with Baltimore’s Lamar Jackson, Seattle’s Russell Wilson or Cleveland’s Baker Mayfield.

Brissett lacks elusiveness escaping the pocket and fluidity moving around in the pocket. His drop backs need to be masked by play-action or screens or come from the shotgun formation to buy him time in his setup.

Brissett particularly struggles with overload blitz looks and wide nine defensive ends with pinched three techniques, which gives edge rushers enough time to get upfield and beat the tackle around the edge to Brissett's spot.

Overload blitzes to his blind side are even more effective with his lack of urgency at times in the pocket.

Brissett also has a tell that may allow the secondary to break on the ball, rushers to jump throwing lanes or provide the chance to strip the football.

He doesn’t keep his left hand on the football and will pat the ball before he makes his throw.

It is a confirmation of where he has decided to throw downfield.

If he is throwing a screen pass, Brissett will turn to the side and get the ball out immediately without a pat.

Otherwise, he will stare down his receiving option, pat the football then throw within half-second.

The Chiefs’ offensive line has an opportunity to flex in the rushing attack this week. The key to attacking the Colts’ front seven is to double the defensive tackle at the point of attack and seal on the backside.

Teams can do it with only five or as many as eight blockers, but the principle remains the same because Indianapolis struggles with double teams at the defensive tackle spots.

The defense is also overly aggressive with pursuit angles at times and can be overwhelmed with motion in the backfield and misdirection.

The Colts fly around to get to the point of attack and do a poor job at containing or staying at home on the backside.

The Colts’ hyper-aggressiveness in their cover two-heavy zone scheme causes their linebackers to take false steps on play fakes.

Wide receivers can get over the top of them quickly in the voids they created by those mistakes. The next step is to flood zones and run switch routes.

Well-timed switch routes on top of each other cause massive problems for Indianapolis, creating the chance for explosive plays that move the chains.

The Colts’ zone coverage attempts to decipher which route is coming into a given space, so well-timed breaks force defenders to guess — sometimes wrong — and can create massive voids at the intermediate and deep levels.

Indianapolis exploited a weakness in the Chiefs’ punt protection last year. They attacked each side opposite the long snapper with twists.

The result was that the Colts almost had four punt blocks in the AFC Divisional game, including a punt block for a touchdown early in the game.

Special teams coordinator Dave Toub will need to work on that look this week before Indianapolis inevitably tests if the option is still there to attack.

The Colts have played close games with each opponent so far this season.

The final score has been seven points in each outing, including losses to fellow AFC West foes the Los Angeles Chargers (30-24 in OT) and the Oakland Raiders (31-24).

Indianapolis’ explosive players on offense include wide receivers T.Y. Hilton, who missed last week’s loss to the Raiders with a quadriceps injury, and Parris Campbell, who suffered an abdominal injury against Oakland. Both players missed practice Wednesday, while running back Marlon Mack was limited late versus the Raiders with an ankle injury.

Defensively, the Colts’ key players have all sustained injuries in the past few weeks with linebacker Darius Leonard and safety Clayton Geathers in concussion protocol.

Safety Malik Hooker torn his meniscus two weeks ago and is expected to be out for another two to four weeks.