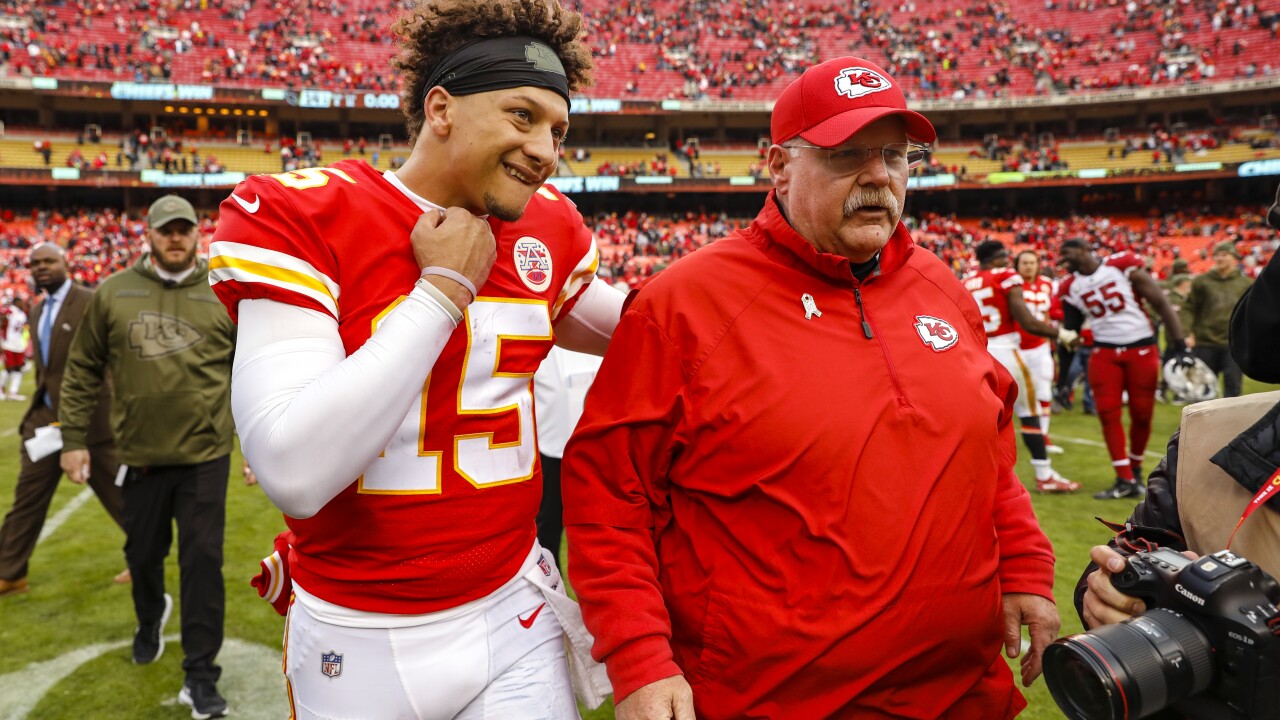 KANSAS CITY, Mo. — Football is finally back as the 2019 season opens with the Kansas City Chiefs immediately facing a tough defensive opponent.

The Chiefs will travel to Jacksonville to face a rejuvenated Jaguars squad, which added a Super Bowl-winning quarterback in the offseason in Nick Foles.

It seems likely that teams, especially defensive-minded teams, will be looking to make a statement against the Chiefs and reigning NFL MVP Patrick Mahomes this season.

The Jaguars came into Kansas City last year after making a lot of bluster in the media and left with a 30-14 loss, the first of seven consecutive losses to kick off a span of 10 losses in the final 12 games last season.

Jacksonville will want to set the tempo early and take away the Chiefs' will, but here are few keys to a victory for the visiting Chiefs:

Running back Leonard Fournette benefits the most from the Jaguars' new offense, which has added more run-pass options for Foles and will space defenders more with its shotgun formations.

Fournette potentially will face more friendly defensive fronts, allowing him to power through similar to the way Kareem Hunt did during his tenure in Kansas City. The Chiefs' rebuilt defense will need to be sound with five or six defenders in the box to keep it from becoming a problem.

Jacksonville will want to keep the Kansas City offense on the sidelines, and the run game will be a key way to try and get that done.

Foles, who signed as a free agent from Philadelphia in the offeason, does not like being pressured. It speeds up his reads and forces him to get rid of the ball earlier than he would like.

If he feels the pocket collapsing, he will immediately look for his check down. The key is getting Foles to pat the football, which means that his preferred reads we not open and he wants to check it down.

The throws he likes on the check down are to the back or crossing and slant routes.

Foles believes he has a natural arm similar to Mahomes' but he needs the proper stance, footwork and launch point to make that happen. A free rusher makes Foles want to throw the ball immediately to his primary read.

The Chiefs' defensive line should gets arms up in passing lanes, if they can't reach him with the rush, because he changes his launch point and his placements are poor.

The Chiefs' offensive line will need to know where rookie defensive end Josh Allen is at all times.

Jacksonville has a formidable front, but Allen has brought a new level of speed off the edge that can be very disruptive. The first-round pick must be accounted foreach snap.

Kansas City may want to align a tight end to his side or have the back chip Allen out of the backfield.

The Jaguars have a fast defense that quickly can cover ground. They are a very aggressive front that wants to meet the ball carrier before the first-down marker.

Jacksonville sometimes allows its speed and aggressiveness to get players out of position. When a team misdirects, there is a lot of open field and opportunity to create explosive plays and move the sticks.

The Chiefs were able to use a lot of two tight end sets through shifting to give themselves the edge in the run game last year. Kansas City also utilized motion to force the Jaguars to adjust their zones and flood them with multiple route combinations or create open spacing of where they wanted to attack.

The Chiefs have faced variations of this scheme in prior seasons against Seattle, San Francisco and the Los Angeles Chargers.

Kansas City has found success against all of them with time in the pocket and patience.

The four points above can help the Chiefs come away with another opening day victory under Andy Reid, who is 5-1 in openers since joining the Chiefs in 2013.