How the Chiefs come away with a west coast victory 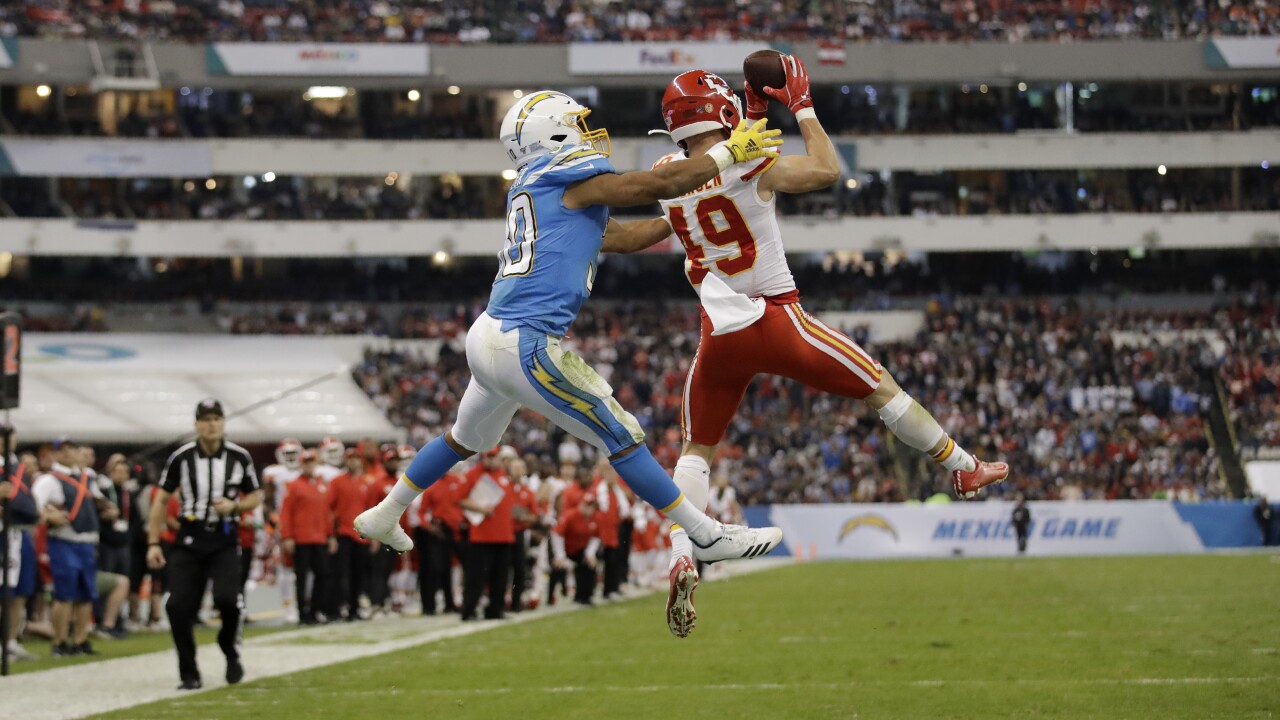 KANSAS CITY, Mo. — The Kansas City Chiefs get their first look at the $5 billion project they call Sofi Stadium later today. Although it will be lacking over 70,000 plus fans, they team has had a great of success against the Los Angeles Chargers in Kansas City, San Diego, Mexico and Los Angeles.

The Chiefs are 11-3 under head coach Andy Reid and 3-1 with Patrick Mahomes at the helm.

Chargers head coach Anthony Lynn and the organization elected to move on from quarterback Philip Rivers. The decision has afforded Lynn the opportunity to install more of his physical running mentality blended in with play-action pass, read options, pistol and some shotgun formations. It is the style that got him the head coaching gig with the Chargers and he is joined by the quarterback who helped get him there in Tyrod Taylor.

The Chargers still run their cover three style defensively that relies on their front four to create pressure and utilize zone coverage to keep the plays in front of them. Gus Bradley runs a similar style to the Seattle Seahawks and San Francisco 49ers.

Here are some of the keys to coming away with their first AFC west victory in their run it back campaign.

1. Run at Bosa and Ingram with double tight

Defensive ends Joey Bosa and Melvin Ingram are the keys to their pass rushing attack. The long term goal for the Chiefs throughout the game is to wear them down with double teams and run right at them. The challenge of having to fight through blocks and make a tackle will take its toll as the game wears on. Then the gas in their tanks will be running low in the fourth quarter.

The 49ers showed one of the weaknesses in not having a full rotation of rushers in a cover three scheme. Even the most conditioned pass rushers wear down with each rush because of the physical nature involved in the game. The Chiefs fourth quarter comeback in their Super Bowl victory illustrated that. An up tempo style helps leads to more mistakes with different formation looks they may not be expecting. On top of it, the defense has to decide if they want to abandon their zones to pressure more with a worn out pass rush.

Andy Reid has turned this into an art form at times against the cover three schemes. He will flood zone coverage with routes at multiple levels away from the route they want to isolate. Chiefs receivers have found a great deal of real estate in yards after catch from this attacking style. He also knows how to manipulate the shifts of zone coverage from motions and misdirection.

The Chargers lacked discipline on watching the snap of the football. Their defensive line wanted to get up field as quickly as possible last week and disrupt the backfield. Rookie quarterback Joe Burrow got them a couple of times. He was able to disrupt their get off on their rushes.

5. Don't let his back foot hit

Tyrod Taylor can be a robotic quarterback from a mechanical perspective. He is comfortable when he can complete his drop and perform play fakes. When those are disrupted his accuracy drops rather quickly. He with be wide of the mark, over throw passes and occasionally under throw. He is still athletic when scrambling out of the pocket but his accuracy is hit or miss depending on the depth of the route. Taylor staying on his spot will allow the Chargers to get in sync.

6. Track the hip and take away the cutback

The Chargers shined last week on their cutback runs against the Bengals. Joshua Kelly really showcased his cut back vision on multiple runs when he got the ball. The Bengals were able to build the wall on the front side but didn't track the hip and close on the back side. Austin Eckler found some success off tackle but Kelly jumped out on the cutback runs.

If the Chiefs can execute these strategies in the game, they should come out with a comfortable victory in their run it back campaign.