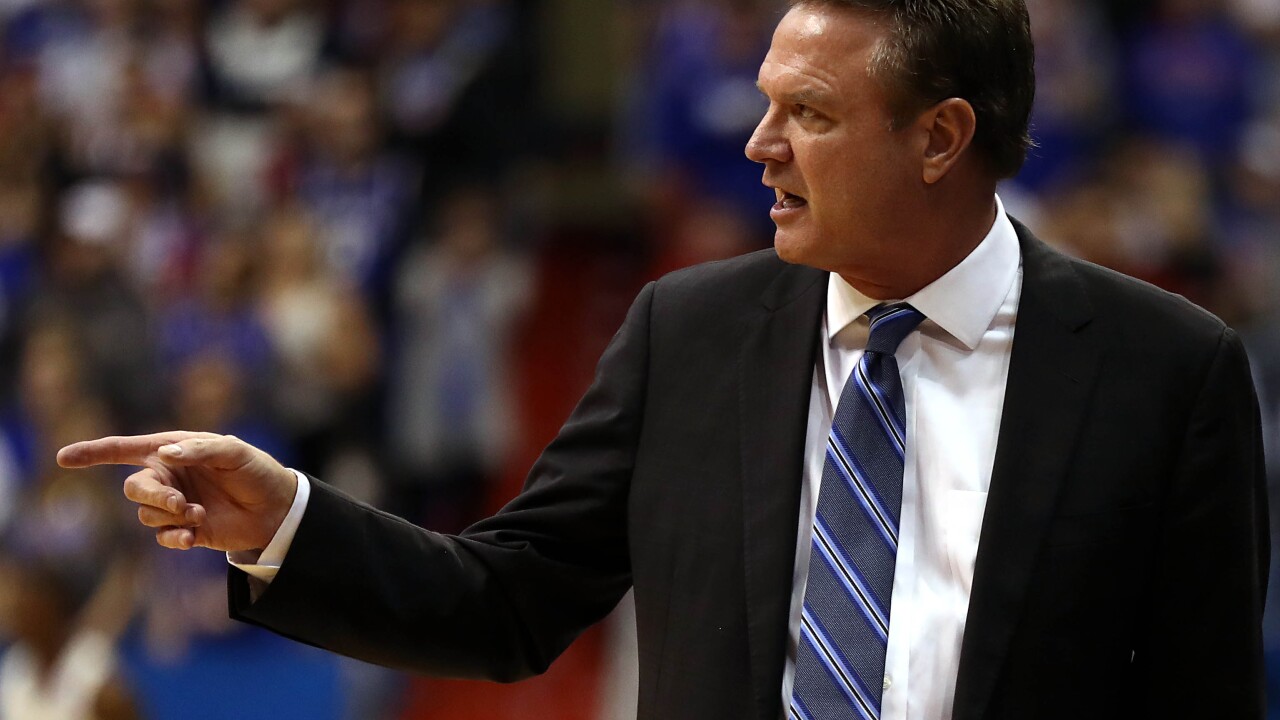 TEMPE, Ariz. (AP) — Rob Edwards scored 15 points and hit two free throws with 6.1 seconds left, setting off a wild celebration in the desert as No. 18 Arizona State knocked off No. 1 Kansas 80-76 on Saturday night.

The second No. 1 team to play in Tempe drew a star-studded crowd, with Michael Phelps, Jason Kidd, Grant Hill, Eddie House and Arizona governor Doug Ducey among the third-largest crowd (14,592) in school history.

Arizona State (9-2) struggled hitting shots around the rim and stopping Kansas preseason All-American Dedric Lawson while falling behind by nine.

Like Arizona State did while beating Kansas a year ago, the Sun Devils rallied late, using a 10-0 run to go up 76-74 with 90 seconds left.

Kansas tied it on two free throws, then Arizona State's Remy Martin hit a pull-up jumper with 58 seconds left. The Jayhawks (10-1) fumbled the ball away for a backcourt violation on the next possession and Edwards hit the two sealing free throws for Arizona State's second win over a No. 1 team. The victory set off a massive celebration inside Wells Fargo Arena as the students poured out of the stands onto the court.