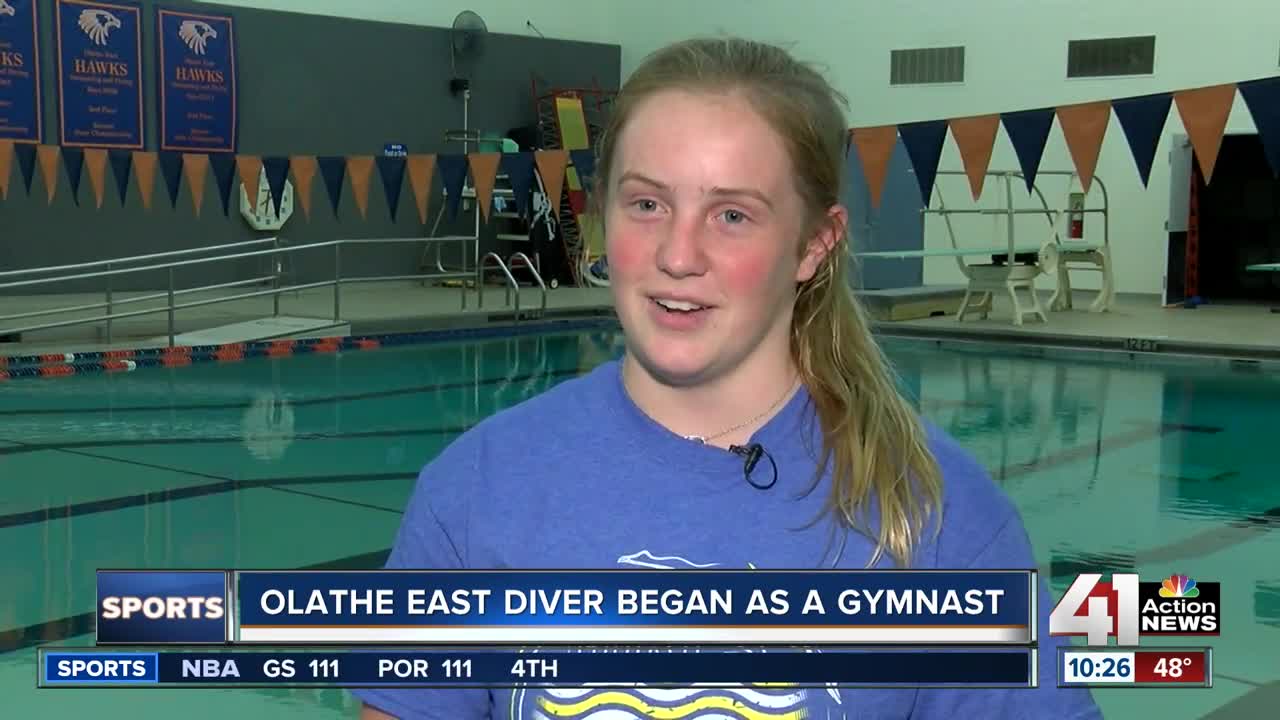 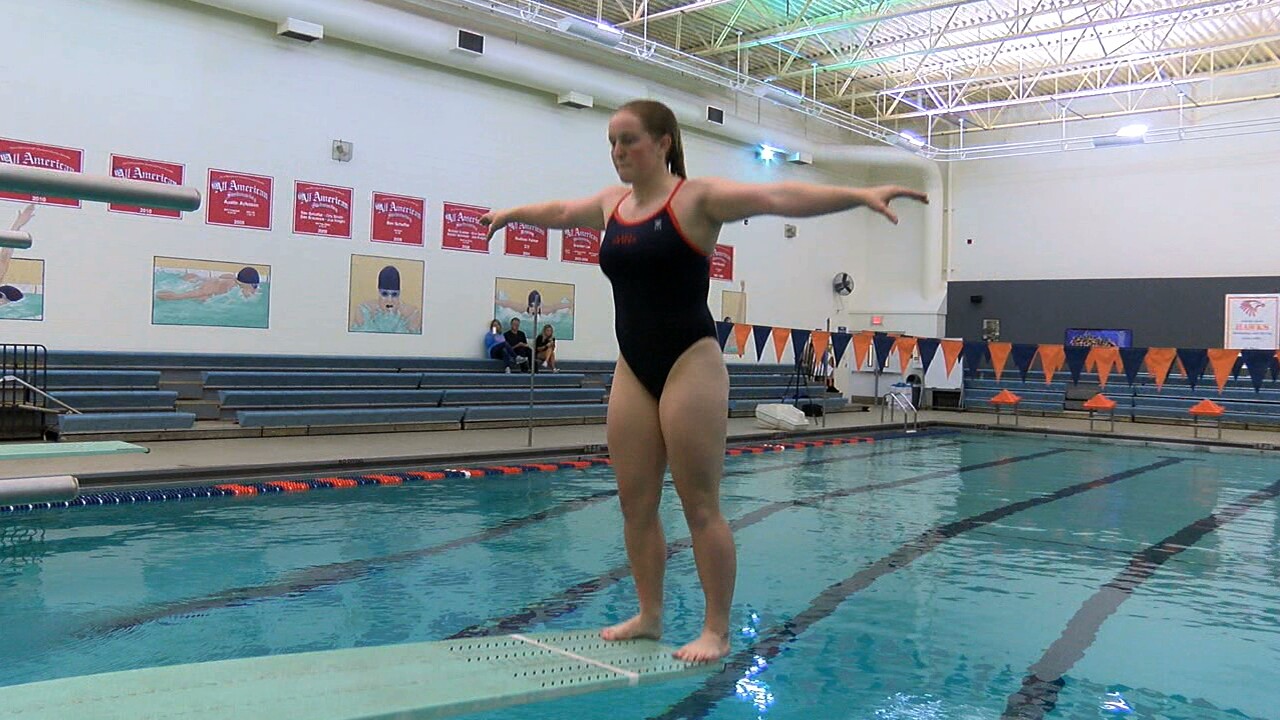 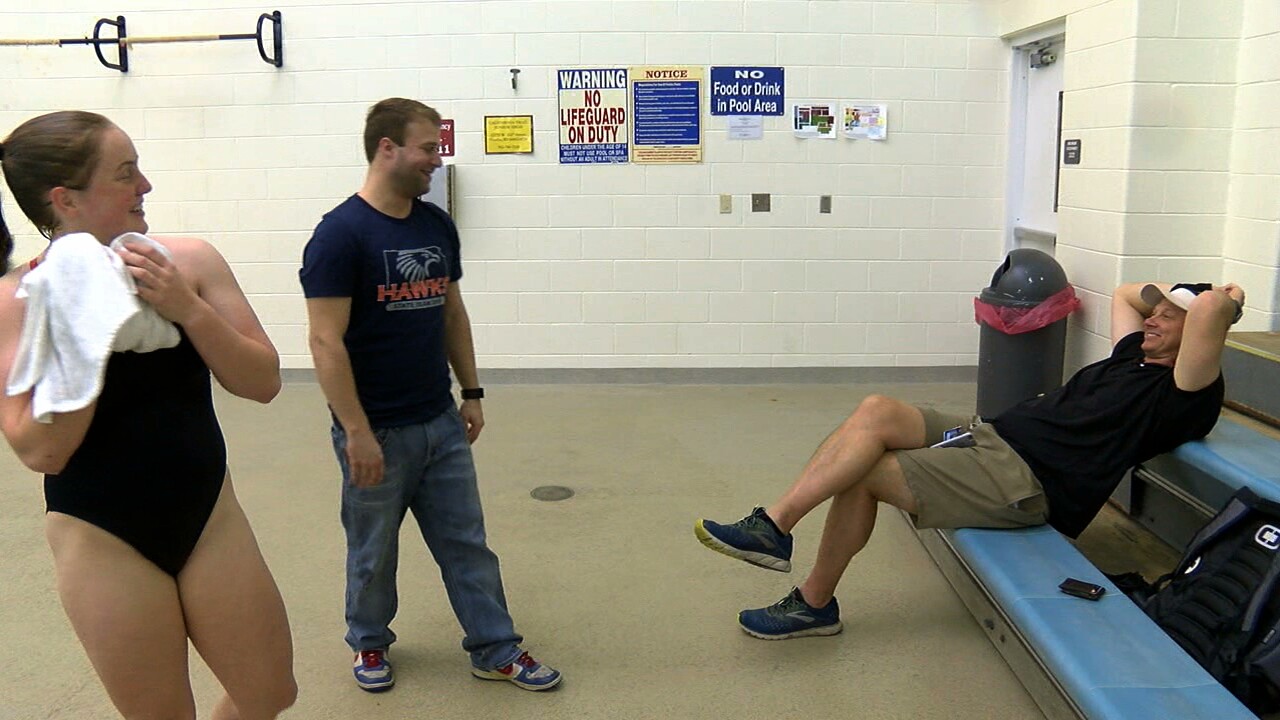 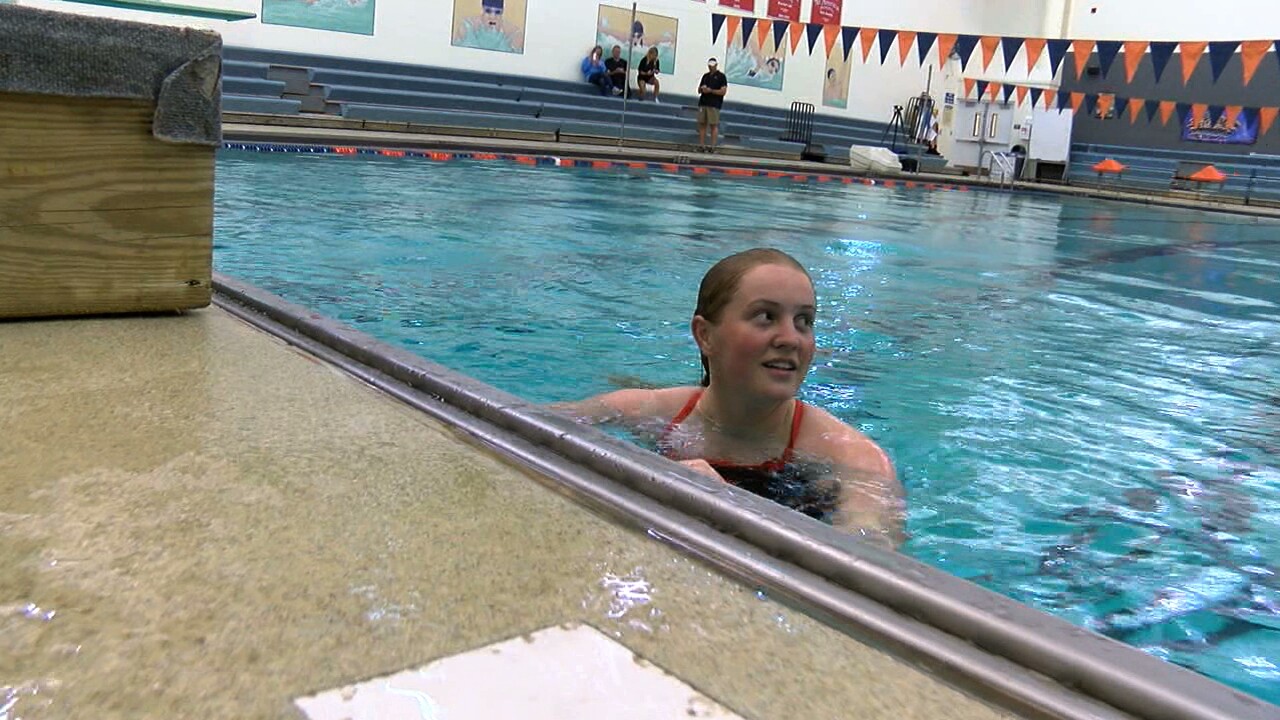 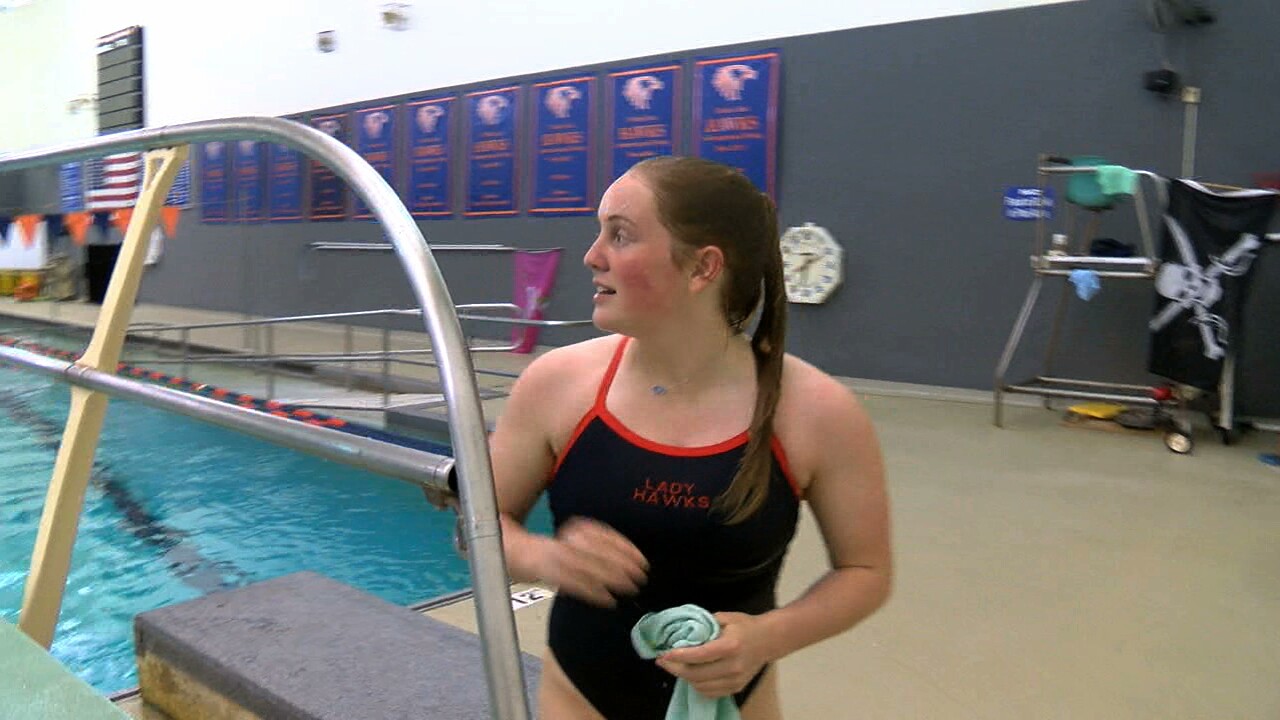 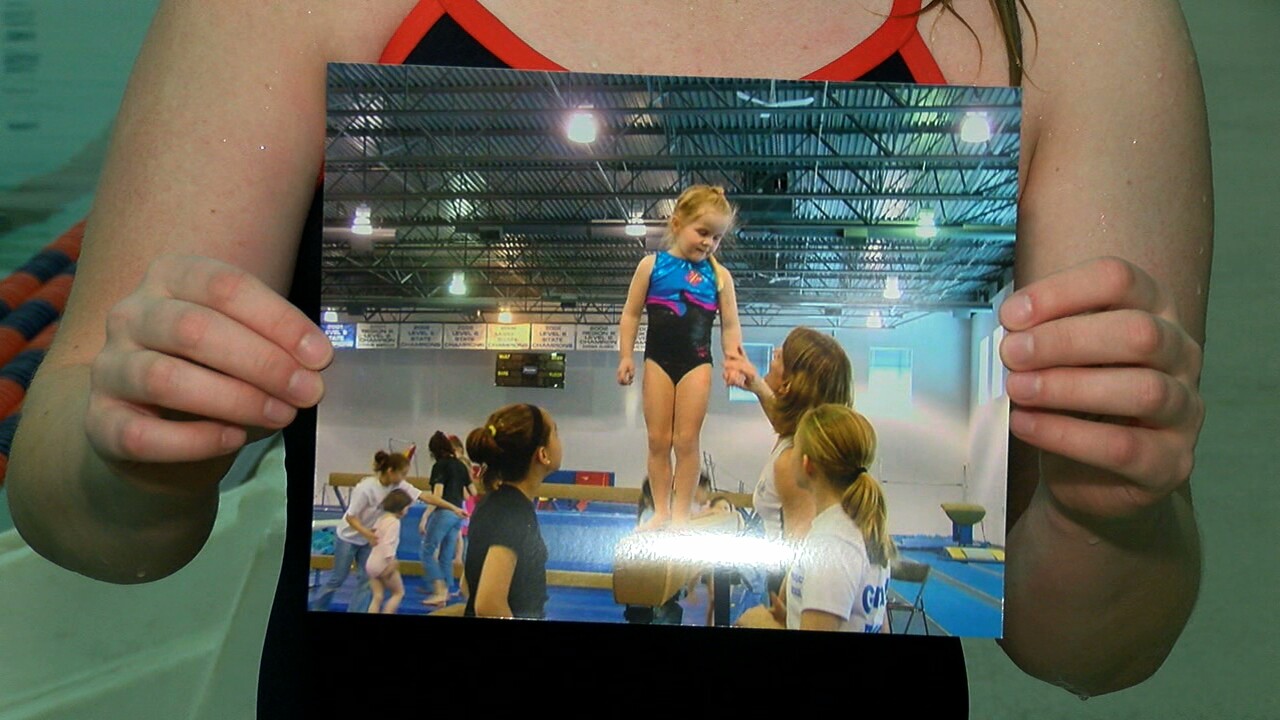 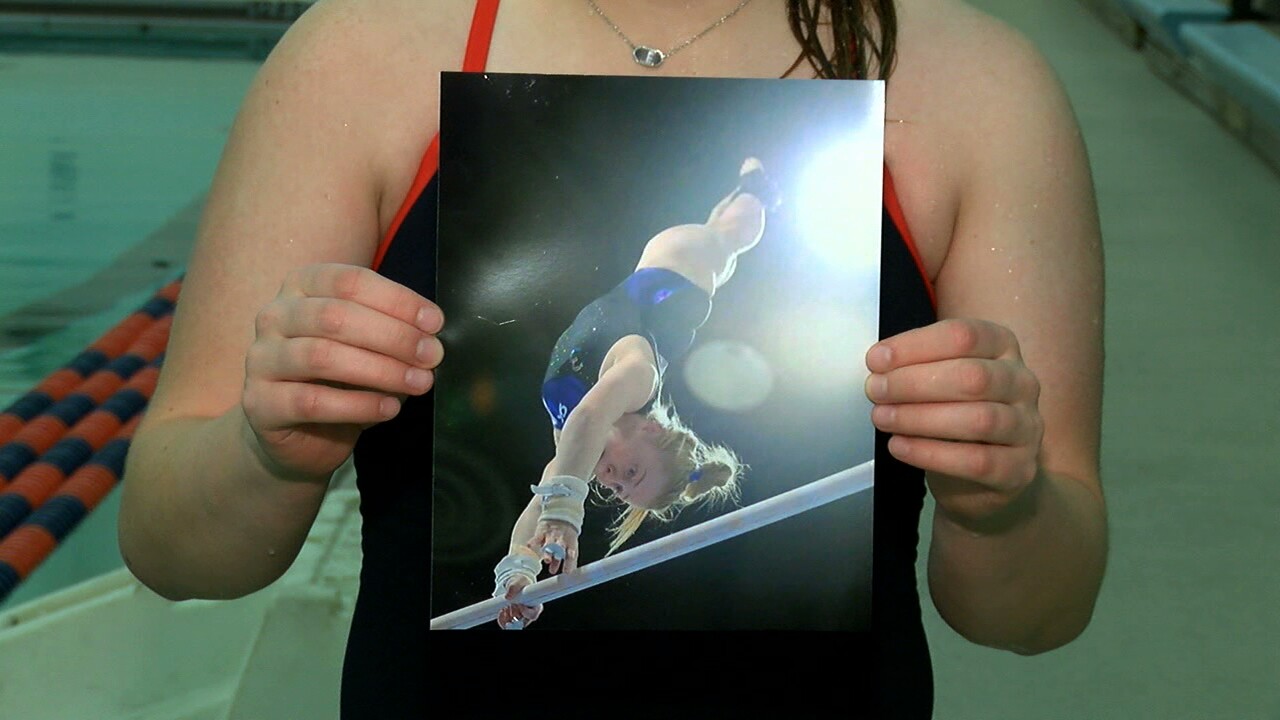 OLATHE, Kan. — For some high school athletes, it take a lifetime to train for a state championship. For one Olathe East High School student-athlete, it only took five months.

Hawks junior diver Emily Bachelor won the Kansas Class 6A girls individual diving state championship on Saturday. Over the weekend, state qualifiers competed in the Kansas Girls Swimming and Diving State Championships, which were held at the Capitol Federal Natatorium at the Hummer Sports Park in Topeka.

In addition to winning the state championship, Bachelor won all but two of her individual meets during the regular season and won the Kansas Class 6A Sunflower League district title.

Her immediate success may have come as a surprise to some, as she's only competed in the sport for five months.

Bachelor said it was even a little surprising to her.

"When I first started the season, you know, I thought state was just out of the question. That's not gonna happen," Bachelor said. "But after each meet, I just slowly progressed and got a little bit better each time. So, I think it was just over time where things started to slowly happen for me."

Her newfound success in diving is two-fold. Bachelor joined the sport after leaving gymnastics, her first love, which she had done for 15 years. She begrudgingly gave up the sport five months ago due to her mounting injuries.

"A lot of my injuries were just stress-related. You know, (it was) the pounding over time. But there were a few that were just trauma injuries," Bachelor said. "I broke my ankle, my left ankle three times and my right (ankle) once. And, tore some ligaments in that (ankle). My right one was from floor and my left one was from vault. The other two times were just stress injuries."

Her Olathe East swimming and diving coaches were not surprised by her success.

"When she showed up on deck, I was pleasantly surprised at where this could go," Olathe East swimming and diving head coach Dave Youker said. "Her background in gymnastics lends itself very much to diving. And yet, there's some things, some nuances that she (still) needs to learn."

Olathe East diving coach Ryan Meeker has been with the team for the past 10 years. He's also participated in the sport since he was very young. He said that it's not uncommon for high school athletes to come to the sport fresh, just like Bachelor, without any diving experience. He said that his initial objective was to get Bachelor immersed in diving without overwhelming her.

Bachelor just finished her junior year and will be a senior in the fall. While she's happy with finding a new love in diving, she said she's not sure what the future will hold for competing in the sport beyond high school.

"I don't want to put too much pressure on myself," Bachelor said. "You know, this has kind of been just fun for me so far. But we'll see what the future holds."