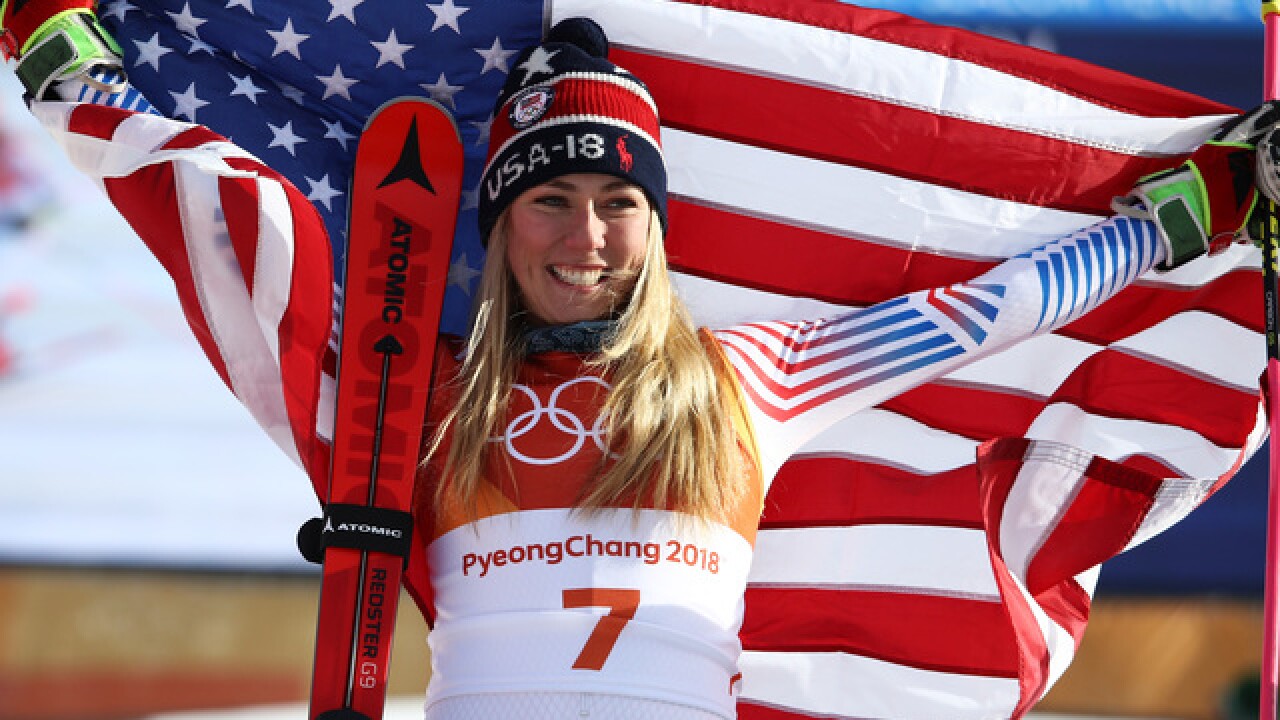 PYEONGCHANG, South Korea (AP) — Finally, it was an ideal day for skiing.

American Mikaela Shiffrin celebrated by using a hard-charging final run to win the women's giant slalom Thursday. It's the first of several Olympic titles she hopes to earn at the Pyeongchang Games.

The 22-year-old trailed by 0.20 seconds following her first run, but she powered through a bumpy course on her second run to win by 0.39 seconds. Norway's Ragnhild Mowinckel won silver at Yongpyong Alpine Center while Federica Brignone of Italy got bronze.

"I don't know when it was, at some point today after the first run I thought, like, 'I can really win this,'" Shiffrin said. "I just tried to hang on to that feeling and then focus on my skiing a bit. It's crazy. There's so much emotion."

The weather was nearly perfect for racing, with temperatures around 21 degrees Fahrenheit (minus-6 Celsius) and a light wind. It was a welcome break after the past few days, when three of the four opening Alpine races were postponed because of blustery weather.

Shiffrin was initially expected to chase as many as five medals in Pyeongchang, though her mother said Thursday she wouldn't compete in the super-G. The only thing that might slow her down is exhaustion, due to a compact schedule thanks to all the delays.