OLYMPICS: Wise goes for it, and comes out with another gold 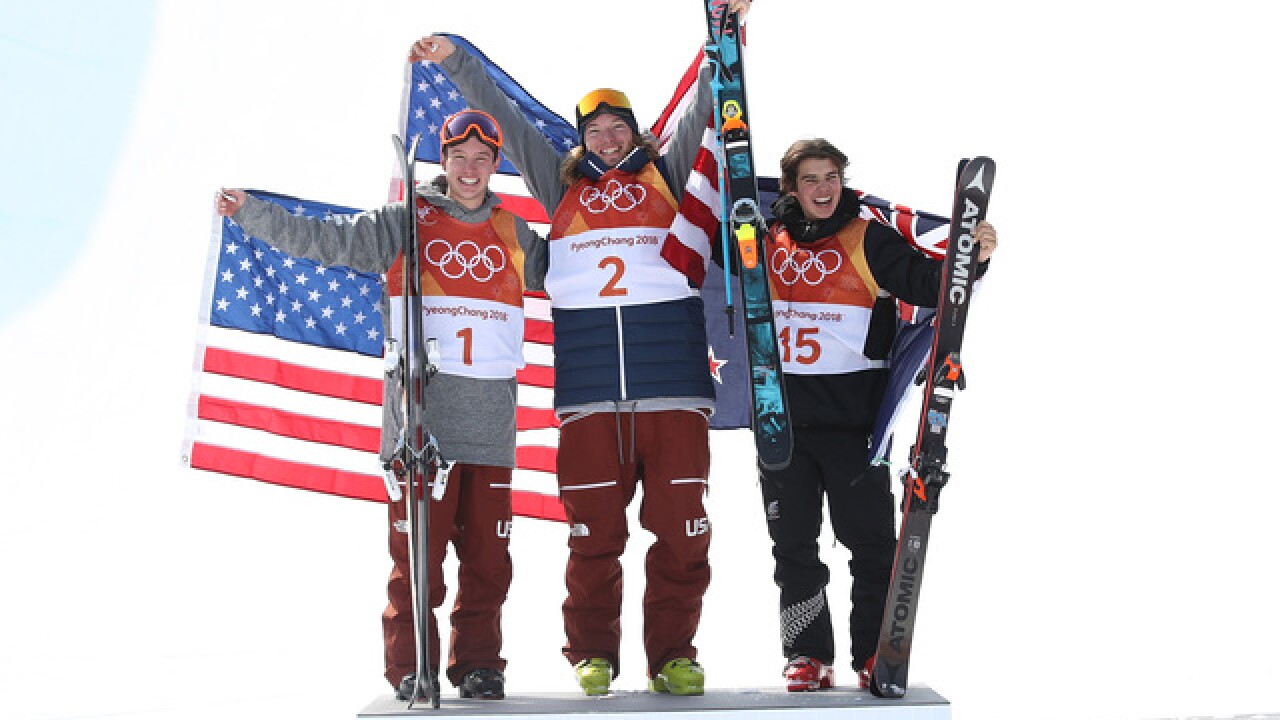 PYEONGCHANG, South Korea (AP) — They give their bodies for this sport. Sometimes little pieces of their hearts and souls, too.

Maybe that's why David Wise decided there was nothing left to lose Thursday when he stood atop a halfpipe that had sent one-third of the 12 skiers limping off with injuries, facing an all-or-nothing run after his ski bindings had failed him in his two previous trips down.

"We cranked my bindings up as high as they would go," Wise said. "We're like, 'You know what, my leg's coming off before the ski does.'"

The skis stayed on.

Wise put down the most difficult, technically precise run ever seen in the sport of halfpipe skiing. He scored a 97.2 to edge out his Olympic roommate and fellow American, Alex Ferreira, by .8 points to win his second straight Olympic gold medal. He and Ferreira gave the United States its fifth and sixth medals on the halfpipe — producing a glimmer of good news for a U.S. team that has struggled at these games.

In Seoul a few weeks ago, Wise and Ferreira huddled up and decided to get matching tattoos of the logo for the Pyeongchang Games on their arms. They were fitting tributes to all the work they put in and the suffering they endured on the road to South Korea.

"I certainly felt like I needed to do something epic to commemorate this journey, because it's been a really hard struggle the last couple years," Wise said. "I've been through a lot, and making the team for me was a lifetime accomplishment. Freeskiing won."

Four years ago in Sochi, Wise won but freeskiing did not.

A poorly made halfpipe was made worse by wet, sloppy snow that fell on the night of the contest.

He did it last month at the Winter X Games, then again in his final run of the Olympics.

He made it look effortless, but it isn't.

Spinning in an unnatural direction in the halfpipe, as U.S. coach Mike Jankowski put it, "is like throwing a baseball with your left hand if you're right-handed."

Or, in the words of Jonny Moseley, the moguls gold medalist who is the godfather of progression in freestyle skiing: "It's like learning two sports."

It's a lot to handle, even when other parts of life aren't getting in the way.

While Wise was training for those tricks, his father-in-law died. His sister, Christy, lost her right leg when a hit-and-run boater sideswiped her. Wise endured concussions that left him wobbly and on the sidelines for months. He hurt his back so badly, he could barely turn around.

"We're defined as warriors," Wise said. "We ski the halfpipe. Halfpipe is definitely the most dangerous version of freeskiiing, by a fair bit."

Ferreira went through his own version of heartbreak.

He barely missed the Olympic team last time, and though his list of injuries isn't as extreme — he broke his collarbone to start this season — he has watched his good friends in the sport get ravaged over the past four years, both on the halfpipe and off.

Most notably, his buddy Torin Yater-Wallace came down with an illness that landed him in the hospital and almost took his life.

On Thursday, Yater-Wallace was on the last jump of what could've been a medal-winning run when he crashed hard, and he walked gingerly off the halfpipe.

"I would not be where I am today without Torin Yater-Wallace," Ferreira said. "He's one of my best friends. I respect him, bar none, over anybody."

Yater-Wallace wasn't the only one to get hurt on a day in which Ferreira and Wise set the stakes with runs that would've won pretty much every halfpipe contest in history to this point.

France's Thomas Krief and Kevin Rolland, the 2014 silver medalist, each took hard falls and limped off under their own power but didn't complete the contest. New Zealand's Byron Wells hurt his leg in training and never made the starting line.

Wise wrecked, too. He could've blamed his bindings for his first two crashes, but instead acknowledged he didn't land the jumps perfectly, which could have played a factor in the skis snapping out.

But they shouldn't have snapped out.

Wise normally sets his bindings on 14 — cemented in tight enough to shred a knee, or an entire leg, if they get torqued up in a crash.

On the last run, he cranked the settings to 18 — as high as they would go.

"I dropped in and I knew, first of all, that I had to make it happen," Wise said. "But I also knew that I could."

Given the risk he took and the price he paid, it's hard to imagine a more fitting champion.