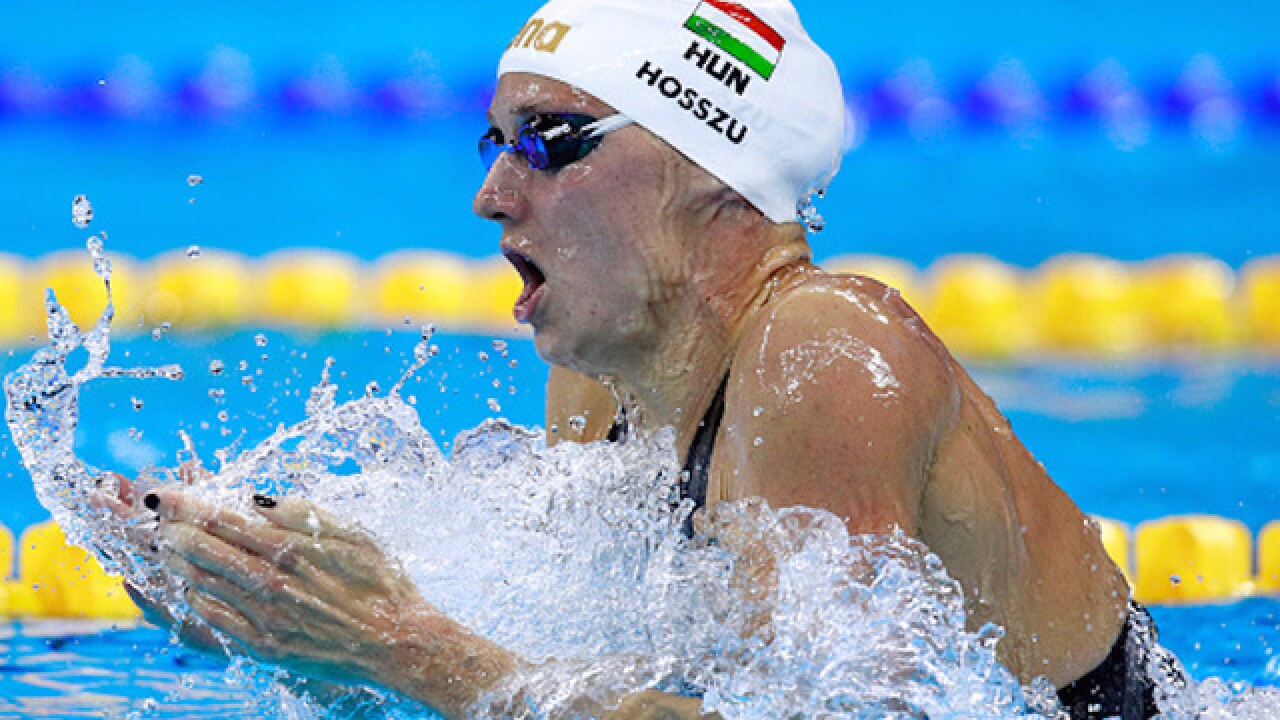 NEW YORK (AP) — The NBC commentator criticized for calling the coach and husband of Hungarian swimmer Katinka Hosszu "the guy responsible" for her turnaround said Sunday it is impossible to tell Hosszu's story without crediting him.

But after some online critics suggested Dan Hicks' commentary on Saturday's telecast was sexist, he said that "with live TV, there are often times you look back and wished you had said things differently."

"You did it — not your husband" was among the social media messages posted following NBC's coverage of the 400-meter individual medley. Hosszu won the gold medal in a rout, shaving two seconds off the world record.

Hicks said he was painting as accurate a picture as he could of Hosszu and Shane Tusup's relationship. The swimmer has told him that she credits Tusup for improving her strength training, intensity and confidence, which was shattered when she lost the same event four years ago, he said.

"It is impossible to tell Katinka's story accurately without giving appropriate credit to Shane, and that's what I was trying to do," Hicks said.

Hicks made reference to Tusup as NBC's cameras caught video of him shouting and cheering from the stands after Hosszu's win. In a replay shortly after, NBC showed a portion of the race in a split screen with pictures of the demonstrative Tusup.

Hicks said on the air that Tusup and his influence on his wife were no secret to people in the swimming community.

"It can be very, very harsh," Hicks said on Saturday's broadcast. "In fact, it's been a little disturbing to some of the other swimmers who have observed it."

While Hosszu has acknowledged the tough love, she said he's warm and fuzzy when it's husband-and-wife time, Hicks said.

"But he has turned her into a tiger in the pool," Hicks said.