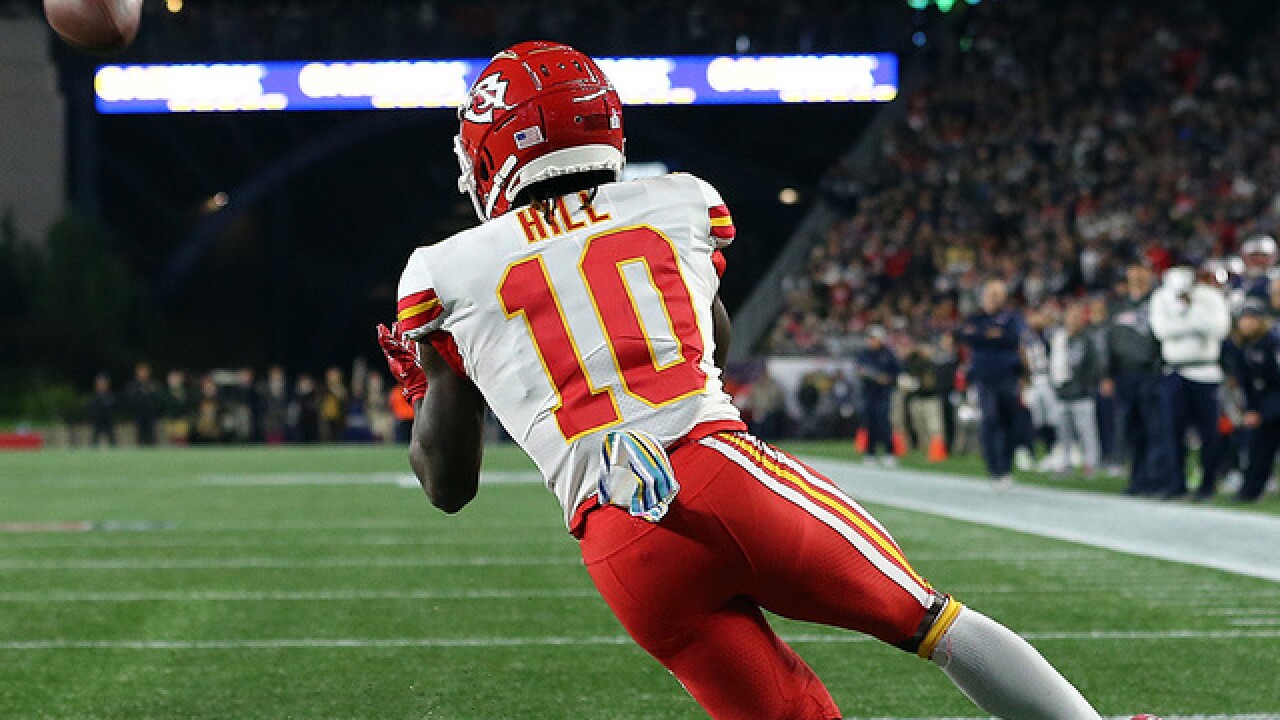 KANSAS CITY, Mo. — If you were on the edge of your couch watching the Kansas City Chiefs face the New England Patriots like much of Kansas City, you probably saw the moment Tyreek Hill scored the game-tying touchdown… and had beer thrown in his face.

The wide receiver had just come off a 75-yard run into the end zone, and as he came to a halt at the wall in front of Patriots fans, several threw up middle fingers and one threw beer in Hill’s face.

The Patriots released the following statement Monday, writing that the beer-thrower had violated the fan code of conduct and would be banned from all future events at Gillette Stadium.

That wasn’t the only negative interaction with Patriots fans Sunday night.

Patriots fans stole equipment from our booth as they were exiting the stadium today. Seriously, they have become the worst fans in the league.