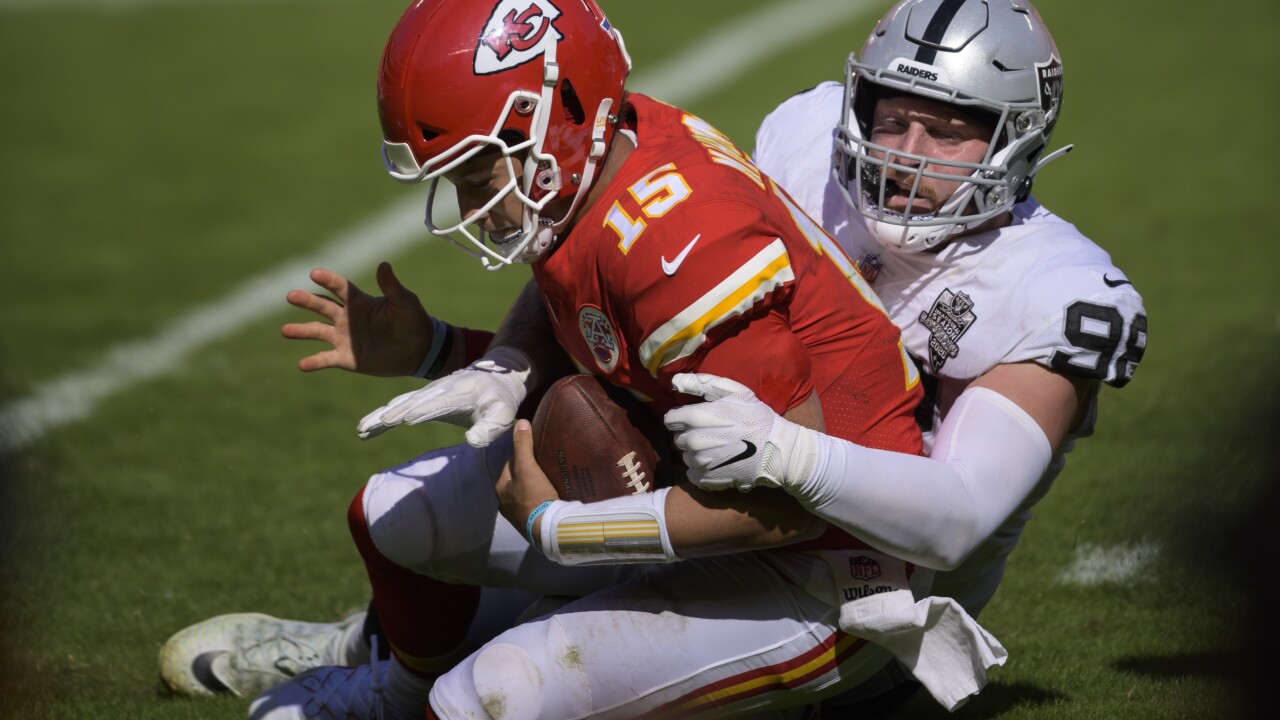 The Chiefs followed with a two point conversion, this time Mahomes to running back Darrel Williams with 3:57 left in the game. But it wasn't enough to combat the Raiders' explosive offense. The loss came down to a scoreless third quarter for Kansas City and too many costly penalties.

"We haven’t had all these penalties so that part was new," Head Coach Andy Reid said during a post-game press conference, "and we really haven't given up that many big plays. So those things we just gotta make sure we clean up."

"There are areas we can improve on," Jones said. "You eliminate penalties and execute on [the] defensive side of the ball."

Jones returned in Sunday's game against the Raiders after sitting out this past Monday with a groin injury.

Chiefs safety Tyrann Mathieu said after the loss he is more motivated than ever to bounce back.

"We gotta give those guys credit," Mathieu said. "They get paid too... Thought their coaches did a great job of catching us in certain coverages, and catching us on certain calls."

Offensive lineman Mitchell Schwartz said a lot of the holding penalties on the offensive line held back the Chiefs offense as a whole.

"Anytime you're going backwards, you know, holding calls and that nature it doesn't give the offense a chance to succeed," Schwartz said.

Mahomes agreed that the penalties and lack of scoring in the third cost the Super Bowl champs.

All in all, 10 penalties in total for the Chiefs for a loss of 94 yards, which included two touchdowns called back.

As far as injuries, offensive lineman Kelechi Osemele has two torn tendons in his knees and wide receiver Sammy Watkins has a hamstring injury. The Chiefs will monitor the extend of Watkins injury over the next few days.