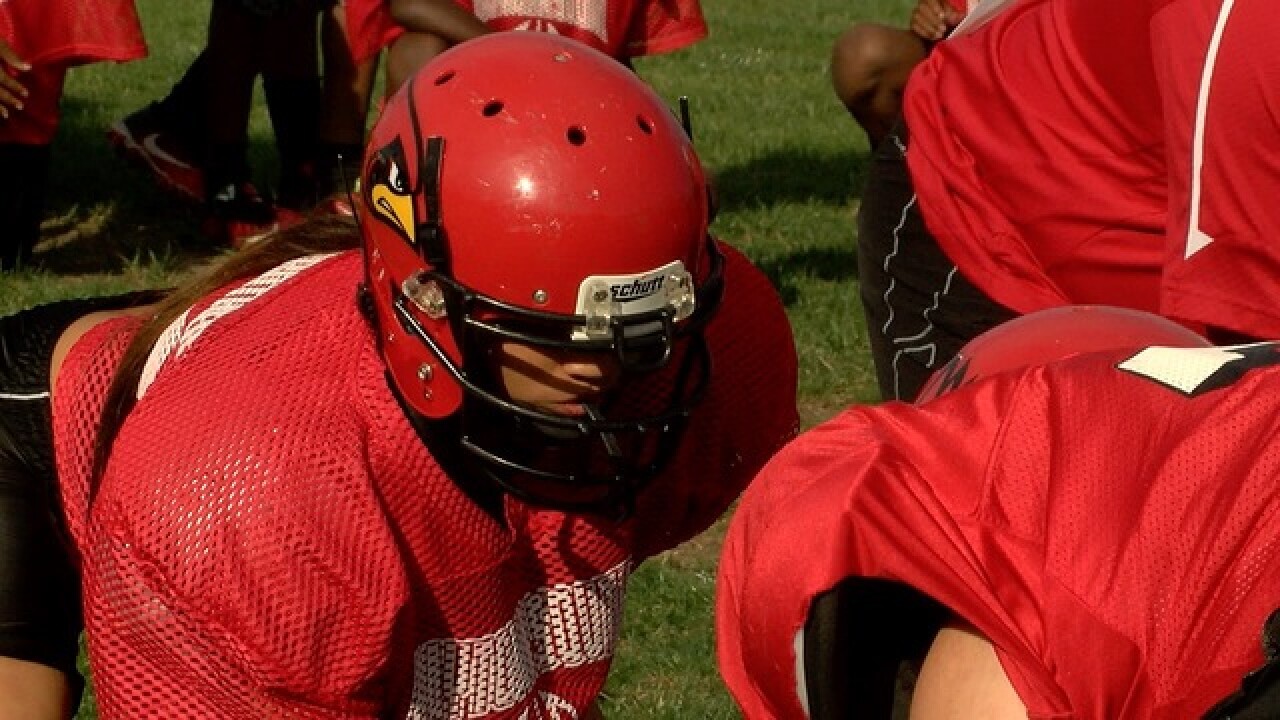 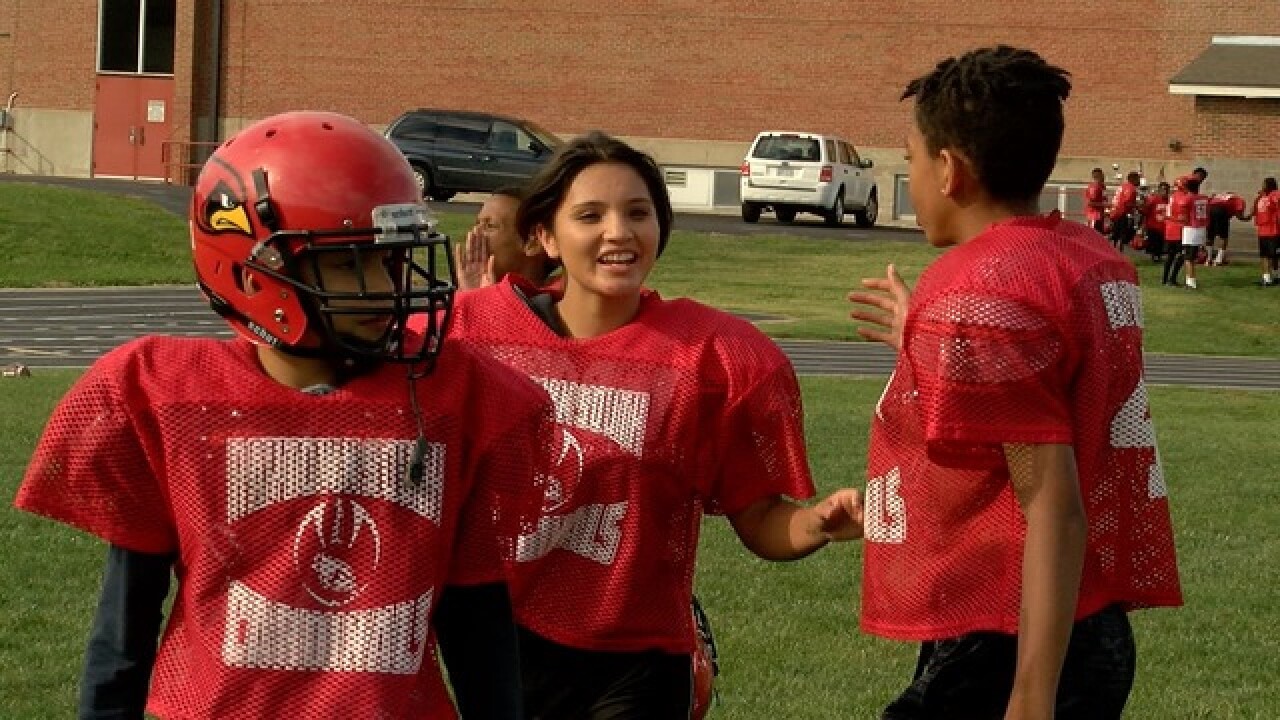 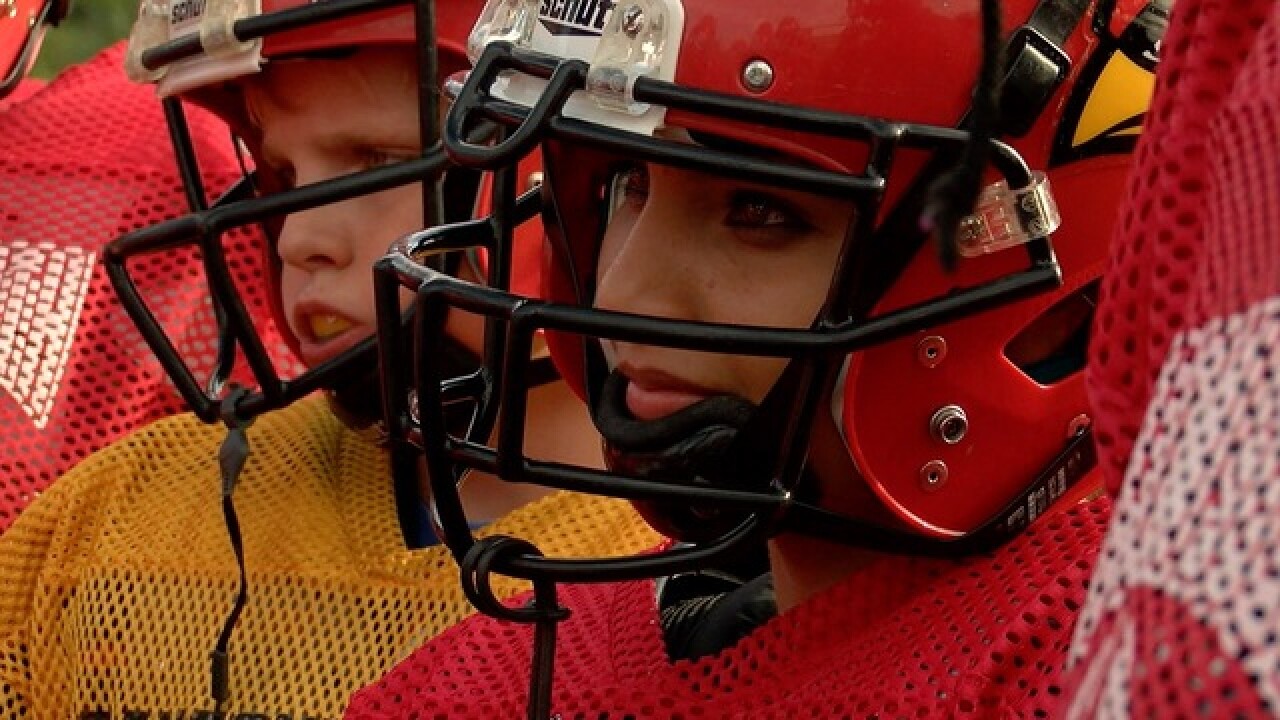 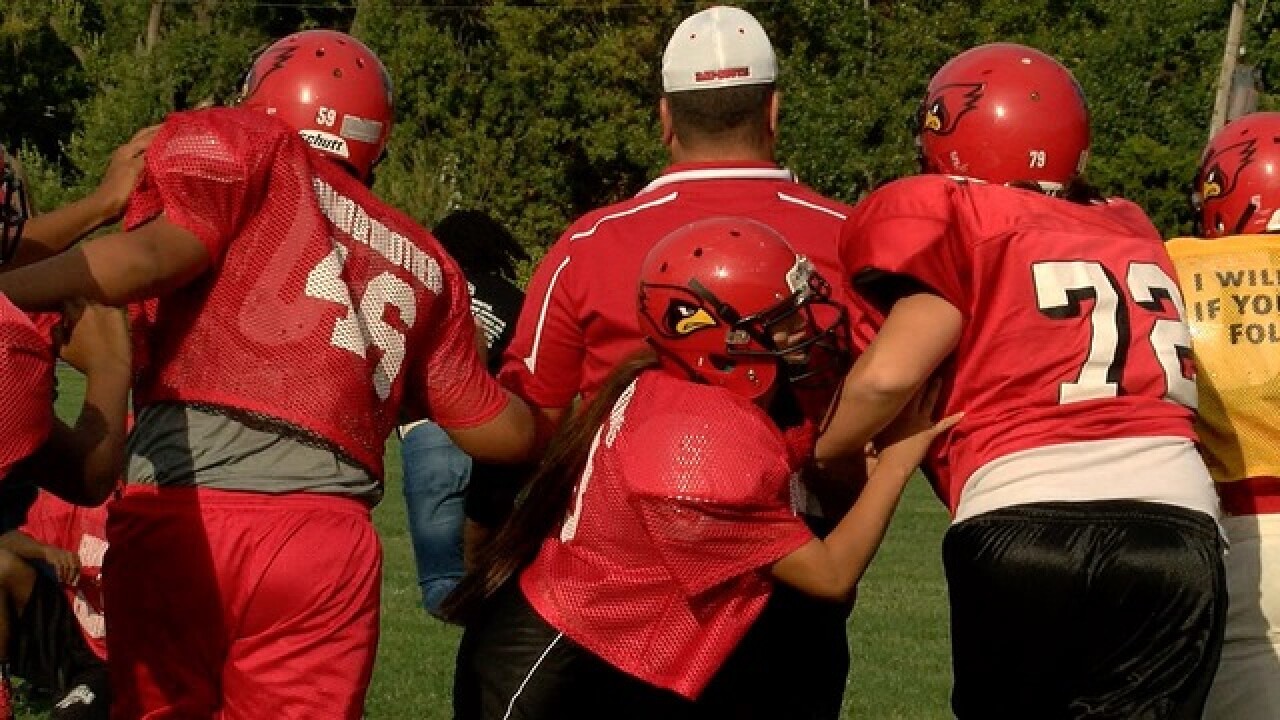 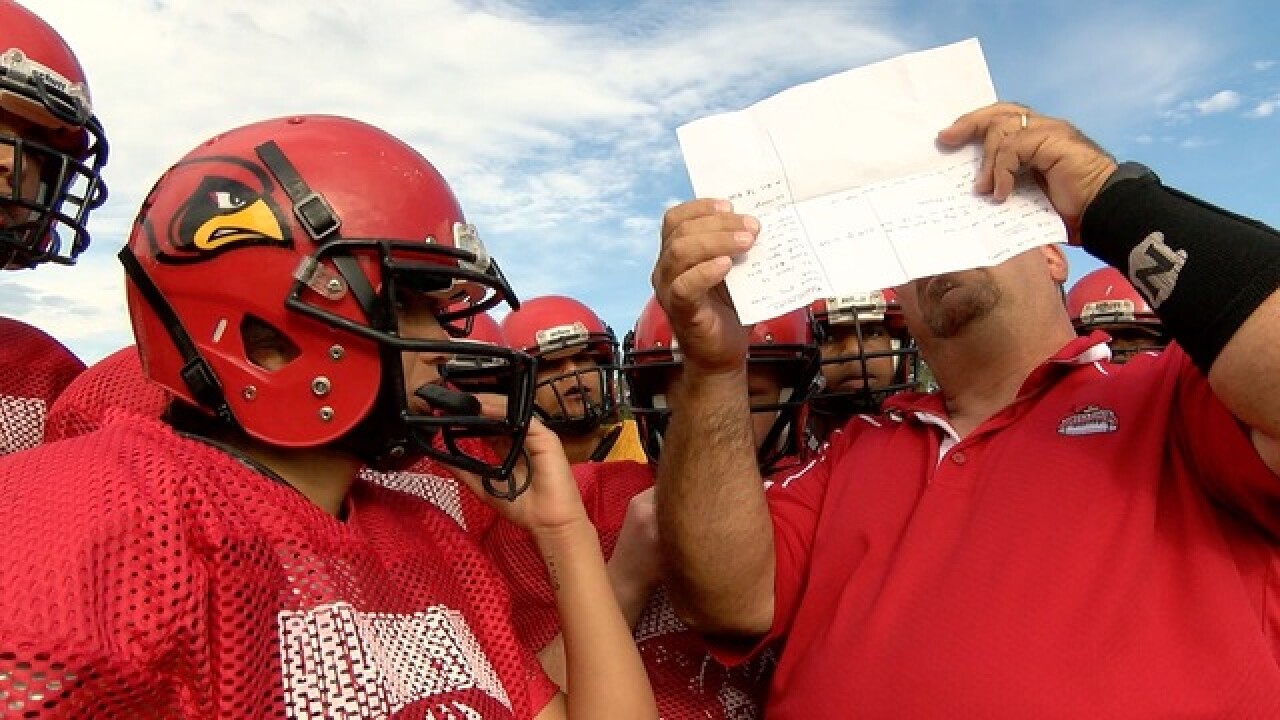 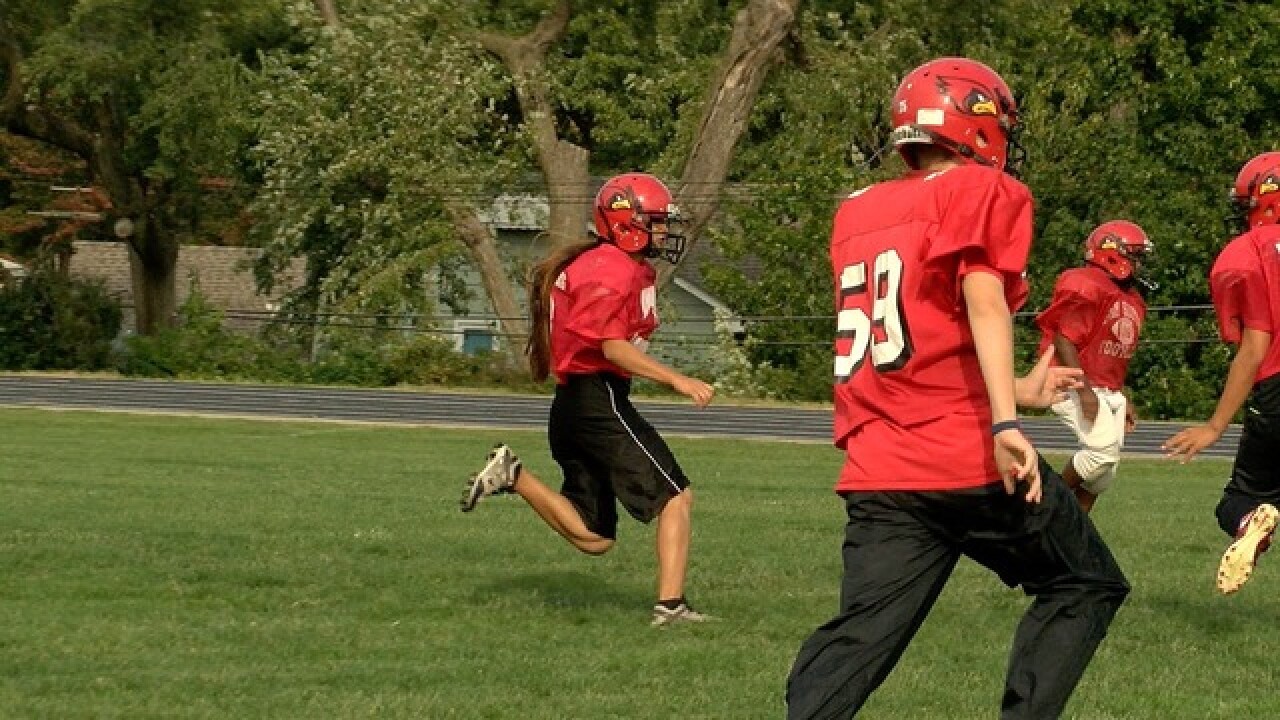 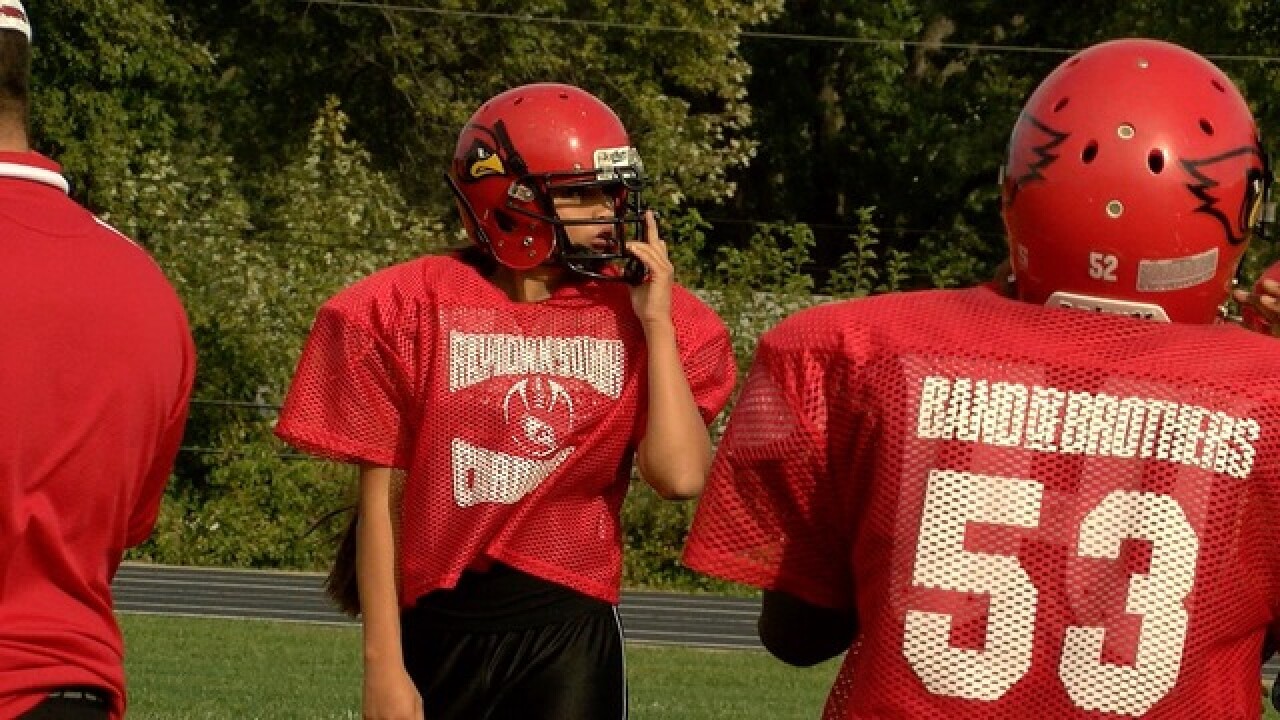 The Godfather of Soul - James Brown told us all in one of his most popular songs that it's a man's world.

But Raytown South Middle School 8th grader Elizia Garcia is one of a number of females that continue to buck that trend. Elizia is an offensive lineman on the football team and a wrestler in the 127-pound weight class.

Most 14-year-old young ladies are focused on many other things, much less football and wrestling. But, Elizia Garcia is not like most young ladies her age.

"Girls are as strong as boys and brave, the 5-foot-3-inch Garcia said. "One person said that I wasn't brave. So, I wanted to prove them wrong."

"We get things going in January. And, she came to me and said, 'Hey, do girls play football?' I said, 'Anybody can play football. If you wanna play, come to the meeting. We'll give you the information,'" Coach Johnson said. "She was there at all our workouts. (She) came to all our meetings. So, you knew she was serious."

Elizia's mother was on board with her daughter's decision to play football. But, she was certainly cautiously optimistic.

"I was a little afraid because she's a girl, you know, playing a man's sport," Mary Garcia said. "It's so physical. But, you know, I've seen other females out there. So, it just really gave me some, you know, thought that maybe my daughter could be successful too."

"I support girls playing football. You know, most girls wanted to play football this year. But, most of their parents said no. And, I'm surprised that my mom said (yes)," Garcia said. "And, I'm happy that my mom and dad definitely supported me."

For now, Elizia's plan is to play high school football once she graduates from middle school.

"I love wrestling. I'm definitely going to play this year and for a long time," Garcia said.

Ryan Marshall can be reached at Ryan.Marshall@KSHB.com.