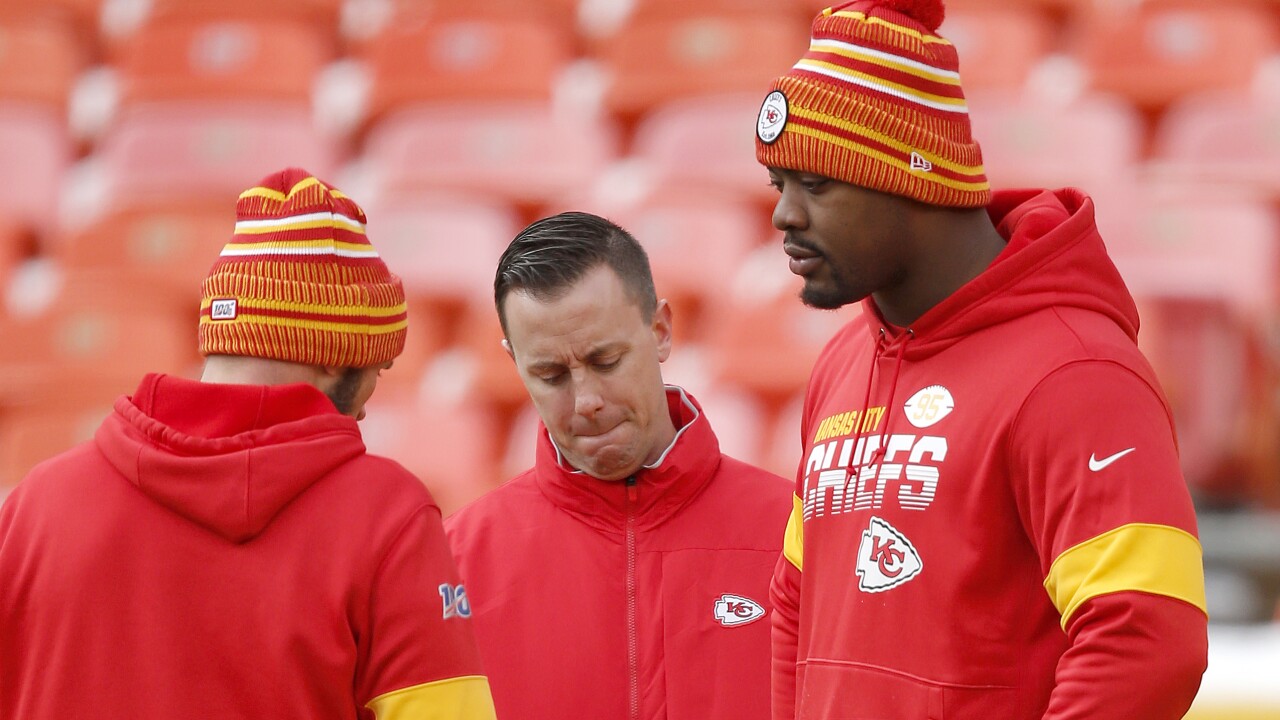 KANSAS CITY, Mo. — Kansas City Chiefs defensive tackle Chris Jones was unable to push off on his injured calf before the AFC Divisional Round victory Sunday against Houston.

Coach Andy Reid said that’s why he was inactive for the 51-31 victory against the Texans, a game that featured a historic comeback from a 24-0 first-half deficit.

Jones suffered the injury last Thursday at practice and missed Friday’s practice ahead of the Chiefs’ playoff opener.

Kansas City will host the Tennessee Titans at 2:05 p.m. on Sunday at Arrowhead Stadium.

The Chiefs have won seven consecutive games, including the postseason victory versus Houston.

Second-seeded Kansas City’s last loss was Nov. 10 against the Titans in Nashville.

As a Wild Card team, sixth-seeded Tennessee did not receive a bye, but advanced to the AFC title game with upset wins at third-seeded New England and top-seeded Baltimore.