KC gained only 25 yards in the period 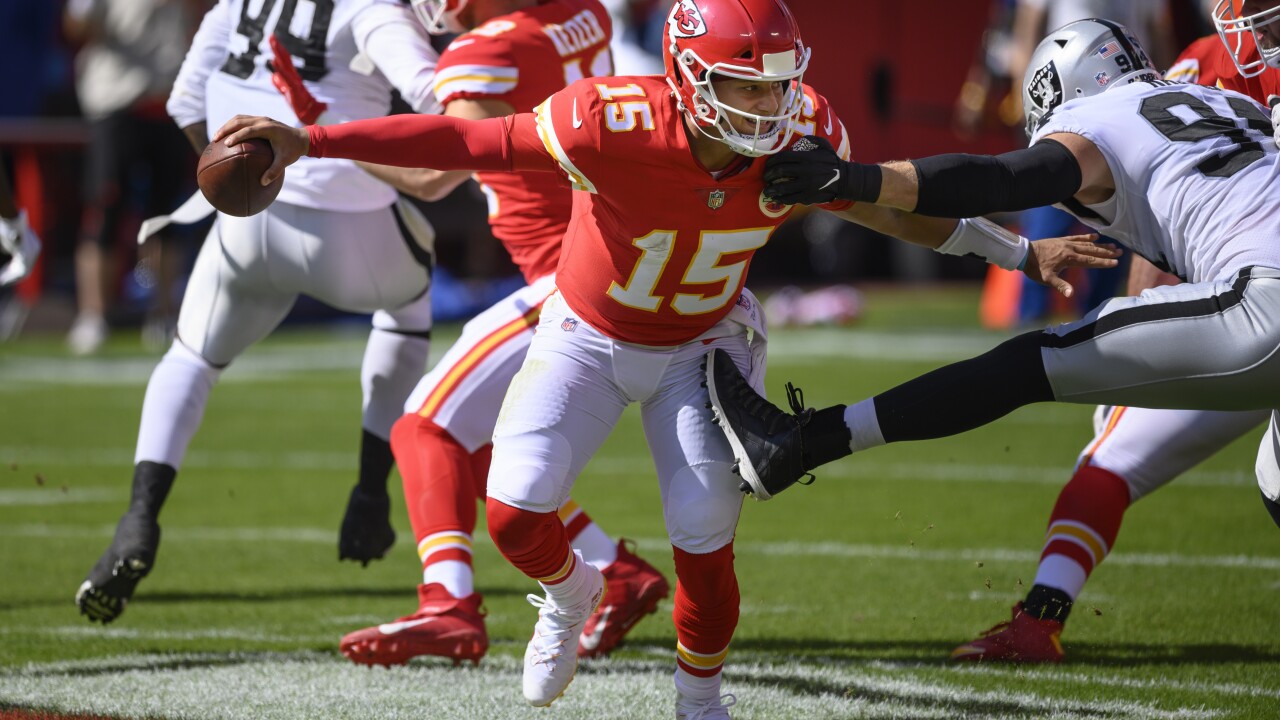 KANSAS CITY, Mo. — The Chiefs find themselves in a rare position Monday; self-reflecting after a divisional loss.

While Kansas City faithful will agonize over sloppy penalties and an uncharacteristically explosive Raiders offense, a nightmare-ish third quarter was the difference, according to head coach Andy Reid.

“I think everybody has a little piece of the pie here,” Reid told reporters via Zoom call Monday afternoon.

Kansas City managed just 25 offensive yards in the third quarter Sunday, it’s worst of the 2020 season. Even more evidence of the struggle, Chiefs running back Clyde Edwards-Helaire rushed for only four yards.

#Mahomes says KC has work to do.

"If you don't play your best football, you're going to lose games in this league." @41actionnews pic.twitter.com/RA9ZxBT8hC

“I don't have guys [who] lie to themselves,” Reid said. “I can help that too. With different calls and putting people in better positions.”

Las Vegas out-possessed Kansas City by nearly six minutes in the quarter, earning five first downs to just one for the Chiefs. Reid said post-game his defense "stepped up to the plate" to deny Las Vegas any points in the quarter.