Report: Chiefs WR Tyreek Hill to have MRI on injury in 'next day or so' 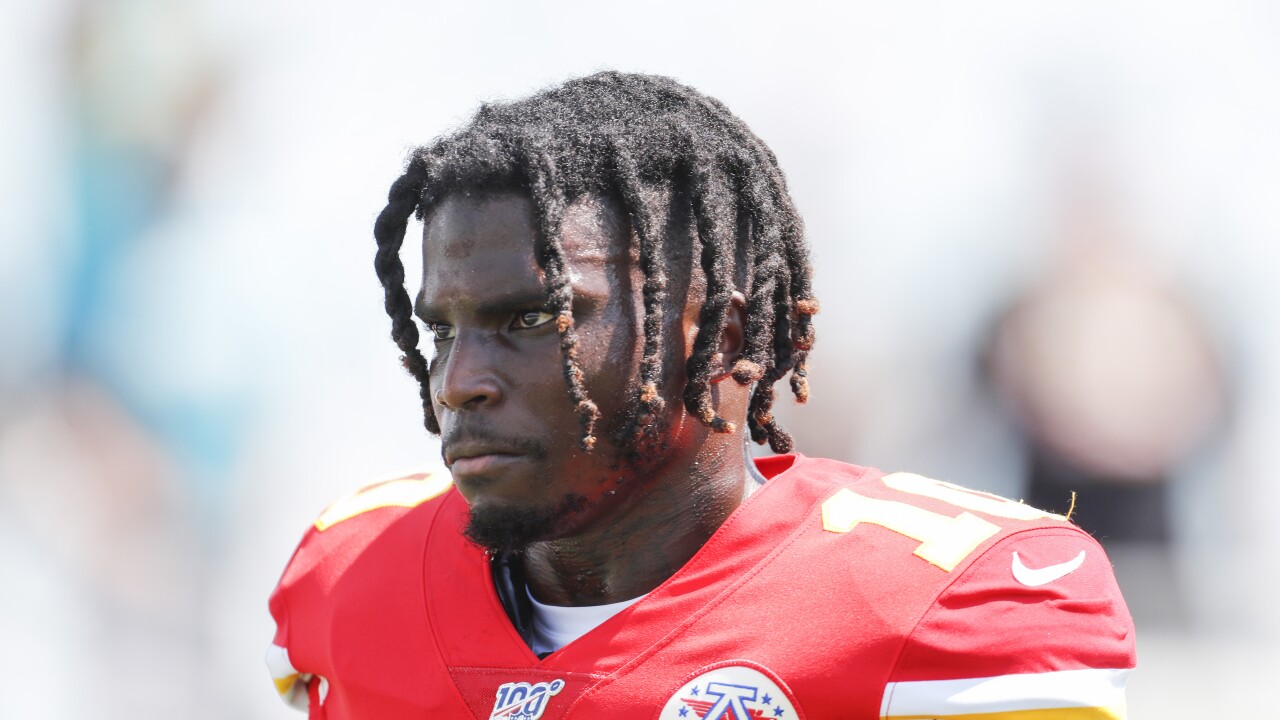 KANSAS CITY, Mo. — The Kansas City Chiefs should know more about the severity of wide receiver Tyreek Hill's hamstring injury "in the next day or so," according to a report.

NFL Network reporter Mike Garafolo said Tuesday that Hill will have an MRI on the injury in a day or so, according to a source.

#Chiefs WR Tyreek Hill will have an MRI on his hamstring injury in the next day or so, source says. They'll have a better idea for a timeline on him at that point. Team got back late from Mexico so the medical things are a bit delayed.

“Team got back late from Mexico so the medical things are a bit delayed,” Garafolo said in a tweet.

Hill left Monday night's game in Mexico City during the first quarter with a leg injury. The wide receiver, who missed four games earlier in the season due to a collarbone injury in the season opener, was listed as questionable to return.

In the last two weeks, Hill has had 17 catches for 297 yards and two touchdowns.

The Chiefs now head into a bye week after a 24-17 victory against the Los Angeles Chargers at Estadio Azteca.