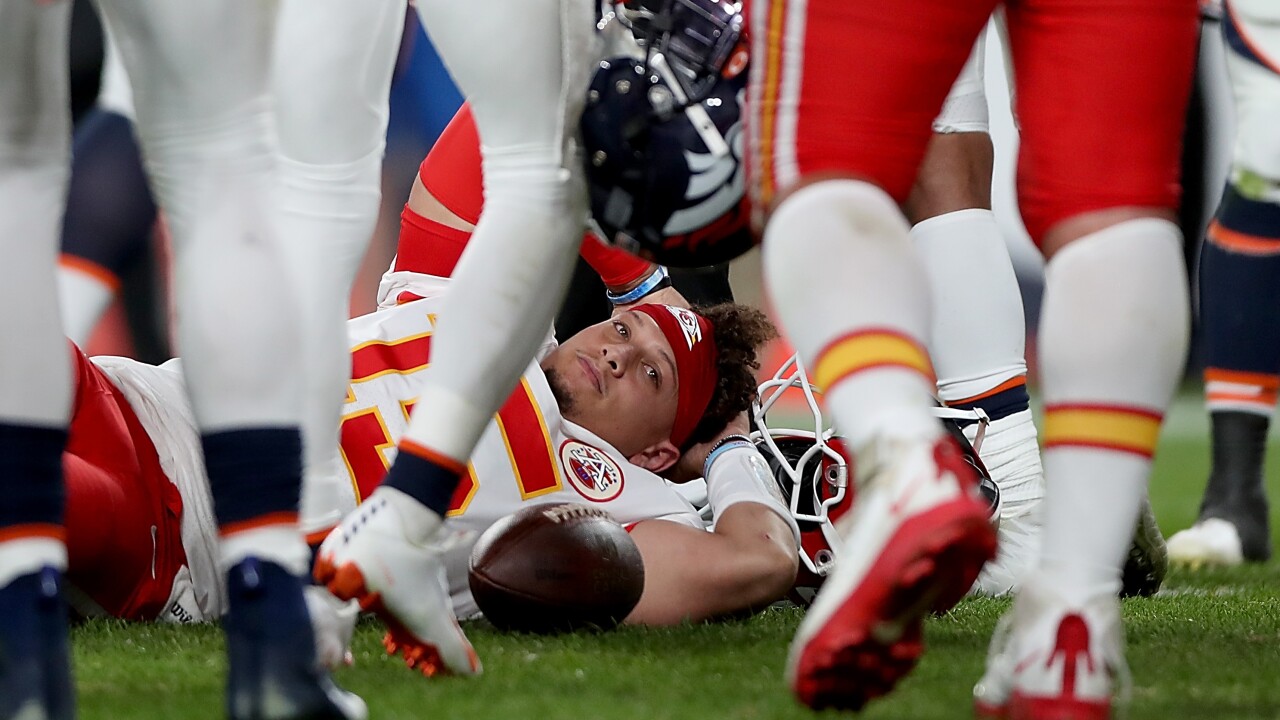 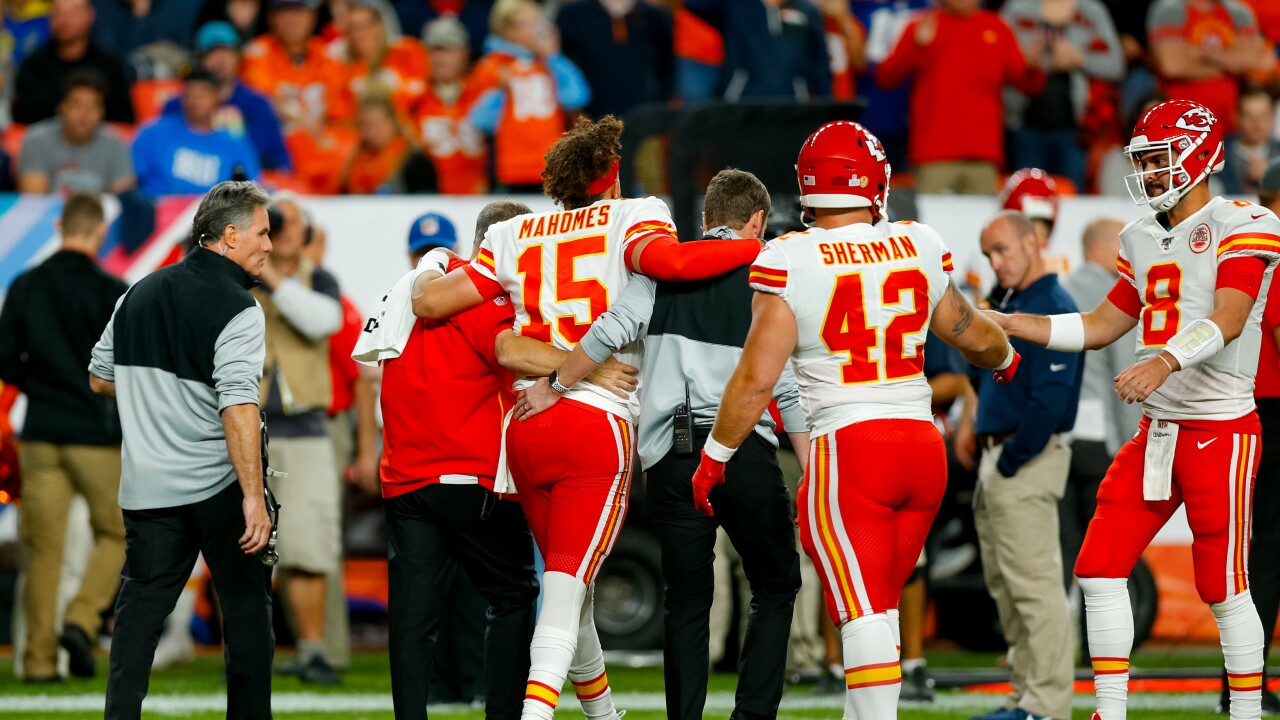 Ian Rapoport of the NFL Network tweeted Friday afternoon that the plan was for Mahomes to return this season after a "brief absence," citing sources. Rapoport added that Mahomes will seek additional opinions to be certain.

The MRI has confirmed the #Chiefs QB Patrick Mahomes suffered a dislocated kneecap, but not significant additional damage, sources tell me and @JamesPalmerTV. He’ll seek additional opinions to be sure. The plan is for him to return this season after a brief absence.

The Associated Press reported that Mahomes avoided significant ligament damage and could be back in four to six weeks, according to a source.

For Chiefs fans, who worried the quarterback had suffered ligament damage that could have required season-ending surgery, it was a best-case scenario. But the team will now be without its starting quarterback for the foreseeable future.

Mahomes underwent the MRI on Friday, less than 24 hours after he appeared to injure his right knee on a quarterback sneak early in the second quarter of Thursday night’s game in Denver.

The reigning NFL MVP limped off the field with assistance, refusing to use a cart, after medical staff appeared to pop his knee back into place.

After the game, head coach Andy Reid said it was a “freak” injury.

“Not too many people get hurt on a sneak,” Reid said. “It was a freak thing and it happens. I was proud of our guys stepping up. They didn’t let down. You’ve seen that over the years, teams let themselves down after one of your best players gets hurt, particularly the quarterback, and so I’m proud our guys stepped up and kept battling.”

Mahomes completed 10 of 11 passes for 76 yards before suffering the injury. Backup quarterback Matt Moore, who was signed late in training camp after Chad Henne was placed on injured reserve, replaced Mahomes, completing 10 of 19 passes for 117 yards and a 57-yard touchdown pass to wide receiver Tyreek Hill in the third quarter.

Mahomes, for his part, appeared to stay positive, tweeting his appreciation after the game for prayers and support.

“Thank you for all the prayers! Everything looking good so far! #GodisGood #ChiefsKingdom,” he tweeted.

Awesome team win! Love my brothers! Thank you for all the prayers! Everything looking good so far! #GodisGood #ChiefsKingdom

Earlier in the season, Mahomes took hits to his left ankle. Though he appeared to favor the leg, Mahomes continued to play following those injuries.

The Associated Press contributed to this report