Rookie CB Charvarius Ward holds his own during NFL baptism 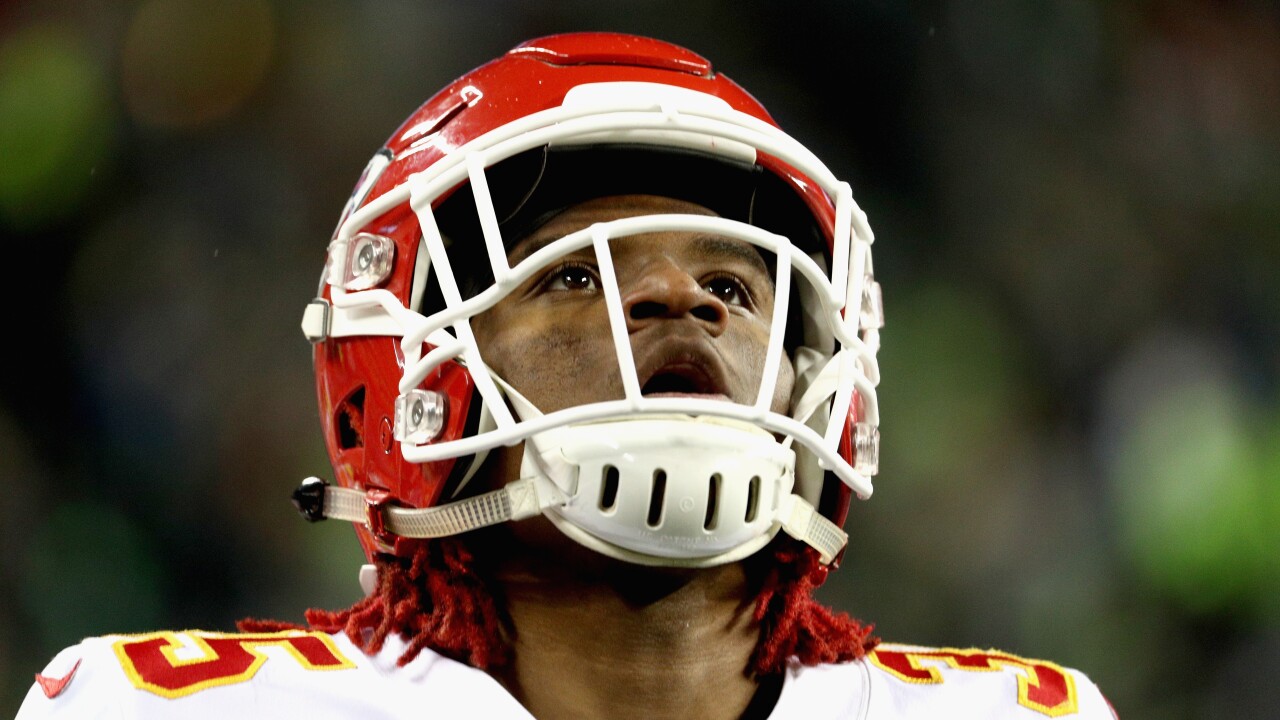 KANSAS CITY, Mo. — It’s called baptism by fire. And Charvarius Ward isn’t afraid to admit that it made him incredibly anxious.

Ward — a 22-year-old undrafted rookie cornerback from Middle Tennessee State, who the Chiefs acquired in a late August preseason trade with the Dallas Cowboys — played his first meaningful NFL defensive snaps and made his first career start against the Seattle Seahawks on Sunday Night Football.

“That was a big stage — Sunday Night Football, primetime — and I was thrown in the water, but I’ve just got to show them they made the right decision by starting me,” Ward said.

Asked when the last time he was as nervous was, Ward smiled, “Since forever probably — primetime, Sunday night, my first start on defense. I was pretty nervous.”

Around the time the Twitterverse was learning that Chiefs nickel cornerback Kendall Fuller would undergo surgery on a wrist fracture the morning after a home loss against the Los Angeles Chargers, Ward said he was finding out that he’d start against the Seahawks.

But coaches had been considering the move longer than that.

“Charvarius had done a really good job and we actually started looking at him pretty hard a couple of weeks ago,” Chiefs defensive coordinator Bob Sutton said. “We just felt that he might give us a little juice there.”

Chiefs coach Andy Reid said the hope was that he’d play predominantly in nickel situations, but when Fuller wasn’t able to play Ward’s role grew exponentially — and the reviews were fairly positive.

“He actually was in position to make plays,” Reid said. “He’s just got to keep working on some things there.”

Ward finished with eight tackles (seven solo) and a pass defended, but he also was victimized twice on the game’s decisive drive.

Kansas City trailed 31-28 when Russell Wilson beat Ward for a 45-yard completion to Tyler Lockett on second-and-12 after a Chiefs timeout then for a 29-yard completion to Doug Baldwin that set up a one-yard touchdown run to ice Seattle’s victory.

“I played decent up until those last two catches,” Ward said. “I felt I had good coverage on most of the balls thrown my way, but I know I’ve got to do a better job competing for the ball when it’s in the air and (have) better technique at the line of scrimmage and I’ll be good from here on out.”

“I was kind of tired,” Ward said. “By the time the third quarter started, I was dead tired. I was asking to come out, because I barely could breathe. I got tired; I got high in my stance. I couldn’t really press like I wanted to. I had to play off a lot, so I was pretty worn out by the fourth quarter.”

Ward wishes he’d been able to make an impact with the Chiefs sooner, but missing out on the preseason — and coordinator Bob Sutton’s convoluted scheme — made it tough for him to earn reps.

Ward said he only felt like he got a grasp on the defense “a couple weeks ago.”

“It’s been hard,” he said. “It’s been real, real hard. The defense in Dallas, it was pretty simple. The corner was doing one or two things. But this defense is much more complex, a lot more calls. I’ve got a pretty good grasp on it now.”

Now, the goal is to build off the solid foundation laid at CenturyLink Field when the Chiefs return to Arrowhead Stadium, hoping the third time will be the charm in the quest to wrap up the AFC West title and No. 1 seed in the AFC playoffs.

Kansas City, which has lost two straight games, hosts the Oakland Raiders at 3:25 p.m. on Sunday.