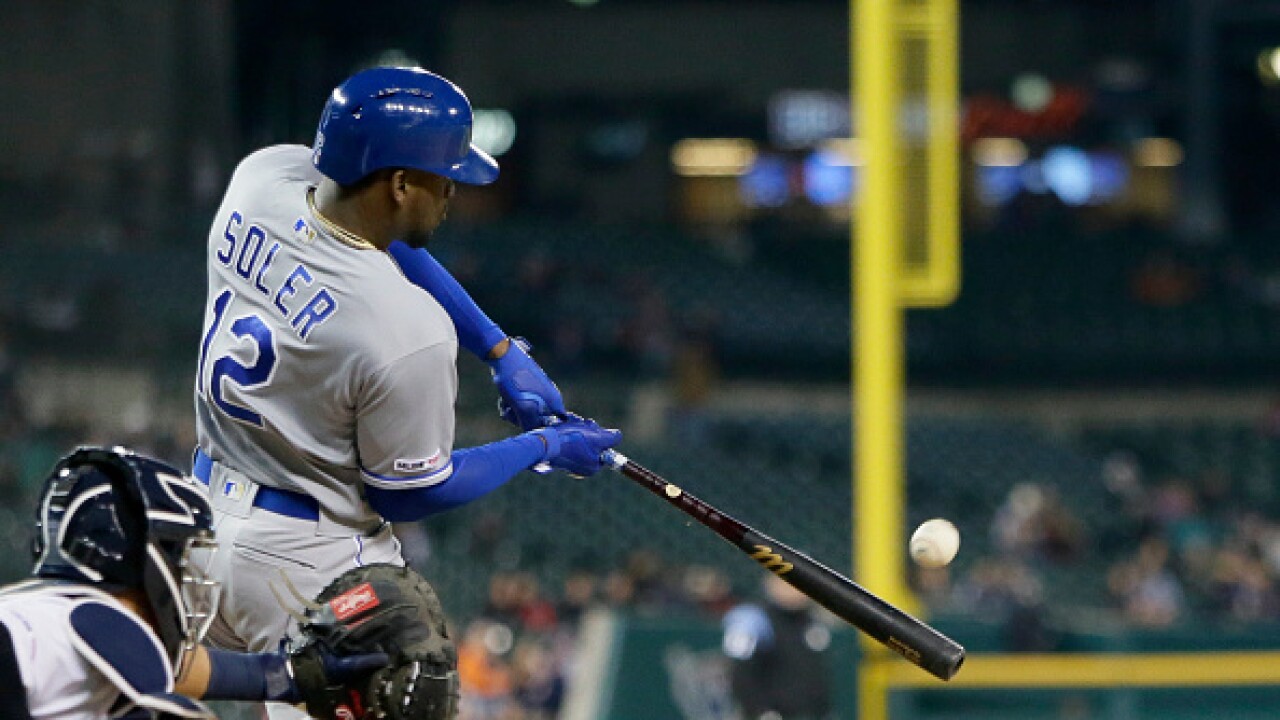 DETROIT -- Matthew Boyd struck out nine in another solid outing, and the Detroit Tigers scored three runs in the first inning of a 4-3 victory over the Kansas City Royals on Friday night.

It was the sixth straight quality start for Boyd, who allowed two runs and five hits in seven innings. He walked one. Joe Jimenez struck out two in a perfect eighth.

Shane Greene allowed a solo homer to Jorge Soler in the ninth, but he was able to close the game out for his American League-leading 13th save in 13 chances. Greene retired Martin Maldonado on a popup with the tying run on second to end it.

Jorge Lopez (0-3) settled down nicely after a tough first inning. He allowed four runs and five hits in seven innings.

Miguel Cabrera hit an RBI single in the first, giving the Tigers a 1-0 lead before Lopez had gotten an out. Another run came home when Ronny Rodriguezgrounded into a force play, and Rodriguez scored on a wild pitch, sliding in safely on a close play at the plate.

Rodriguez added an RBI double in the third, and Boyd kept the Royals off the scoreboard until the fourth, when Soler hit a sacrifice fly and Kelvin Gutierrezfollowed with a run-scoring triple.

Boyd (3-2) worked out of that jam with back-to-back strikeouts, and the Tigers held on from there to improve to 4-0 on the season against Kansas City.

Cabrera had three singles for Detroit.

Tigers: Detroit is without 2B Josh Harrison, who is on the injured list with a left shoulder issue. Gordon Beckham started at that position and had two hits.