Royals send OF Phillips to Tampa Bay for speedy infielder 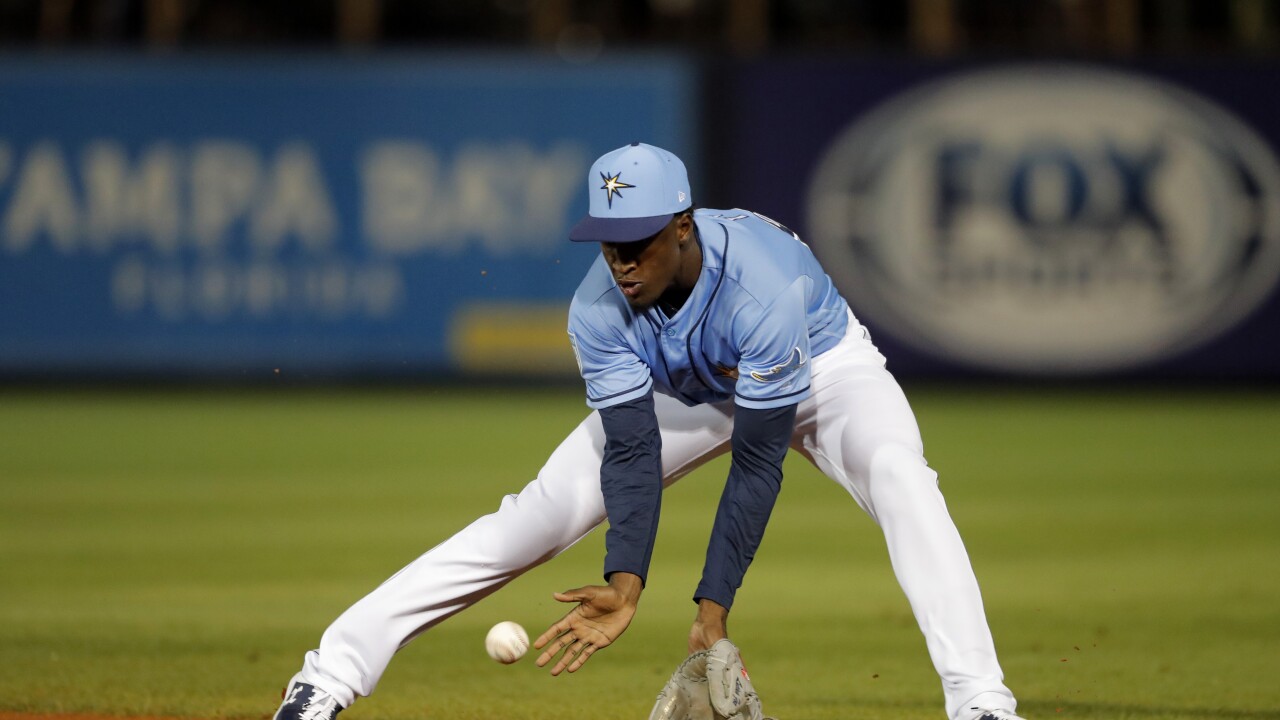 With a glut of outfielders on the big league roster, the Royals swung a trade Thursday that sent Brett Phillips, whose nickname is Maverick, to the Tampa Bay Rays in exchange for a speedy middle infield prospect.

In return, the Royals received 23-year-old Lucius Fox, a shortstop prospect who originally signed with the San Francisco Giants in 2015 as an international free agent.

We have acquired INF Lucius Fox from the Tampa Bay Rays for OF Brett Phillips. #Royals pic.twitter.com/BLIVSZ1sUC

Phillips, who joined the Royals in July 2018 from the Milwaukee Brewers as part of the Mike Moustakas trade, was batting .226/.294/.387 in 18 games this season often entering as a late-innings defensive replacement.

Fox, a native of the Bahamas, has never appeared in a major league game. He is a career .244/.337/.325 batter in four minor league seasons, primarily at the Class A and AA levels.

He will take Phillips’ place on the 40-man roster and will be assigned to the Royals’ satellite camp at the T-Bones Stadium in Kansas City, Kansas.

Fox, who played for the World squad in the 2017 Futures Game during All-Star Game weekend, has stolen 123 bases in 417 career minor league games, including 37 last summer for the Class AA Montgomery Biscuits.