Johnny Russell is the hero late for SKC 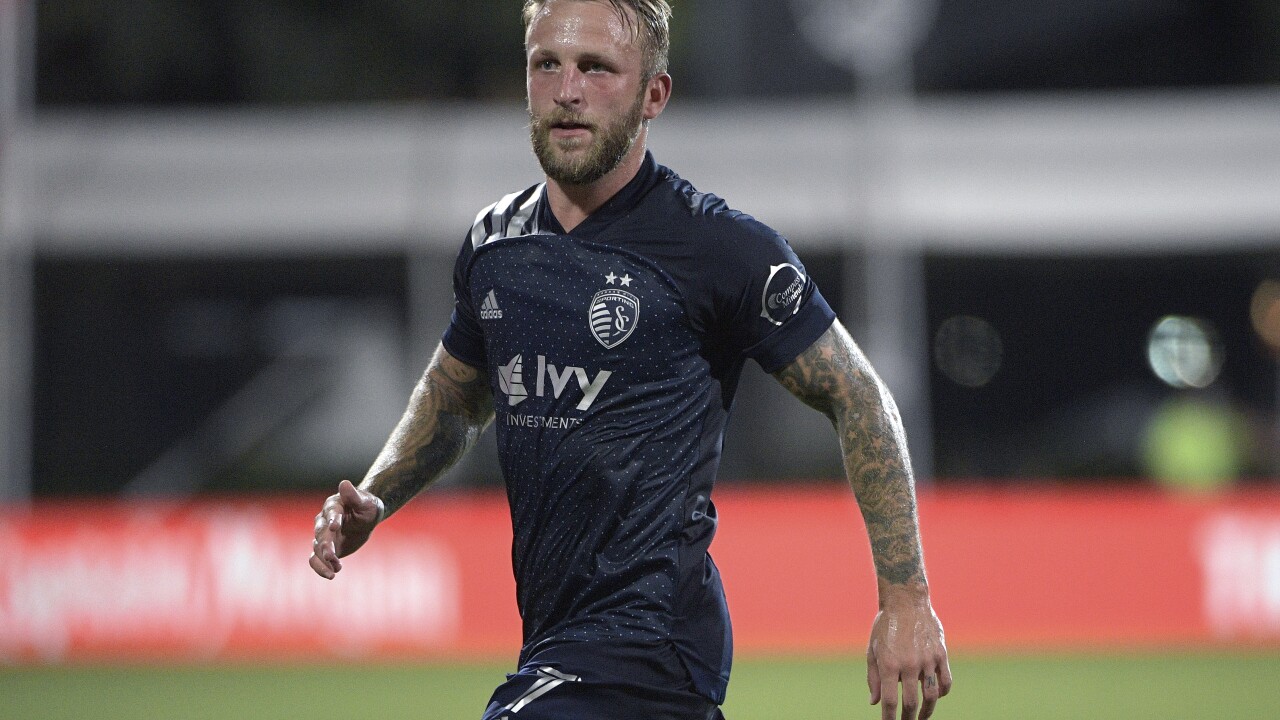 (Copyright 2020 The Associated Press. All rights reserved. This material may not be published, broadcast, rewritten or redistributed.)
Phelan M. Ebenhack/AP
Sporting Kansas City forward Johnny Russell (7) follows a play during the first half of an MLS soccer match against the Philadelphia Union, Thursday, July 30, 2020, in Kissimmee, Fla. (AP Photo/Phelan M. Ebenhack)

The game-winning goal came off the boot of forward Johnny Russell in the 80’ off an assist from Graham Zusi.

SKC Head Coach Peter Vermes’ crew opened the night with consistent pressure on the attack, generating 15 shots to Minnesota’s 1, the most in a half for SKC since June 2018.

SKC improved to 5-0-0 all-time in matches against Minnesota United at Children’s Mercy Park.

Ilie Sanchez remains away from the club due to family issues.