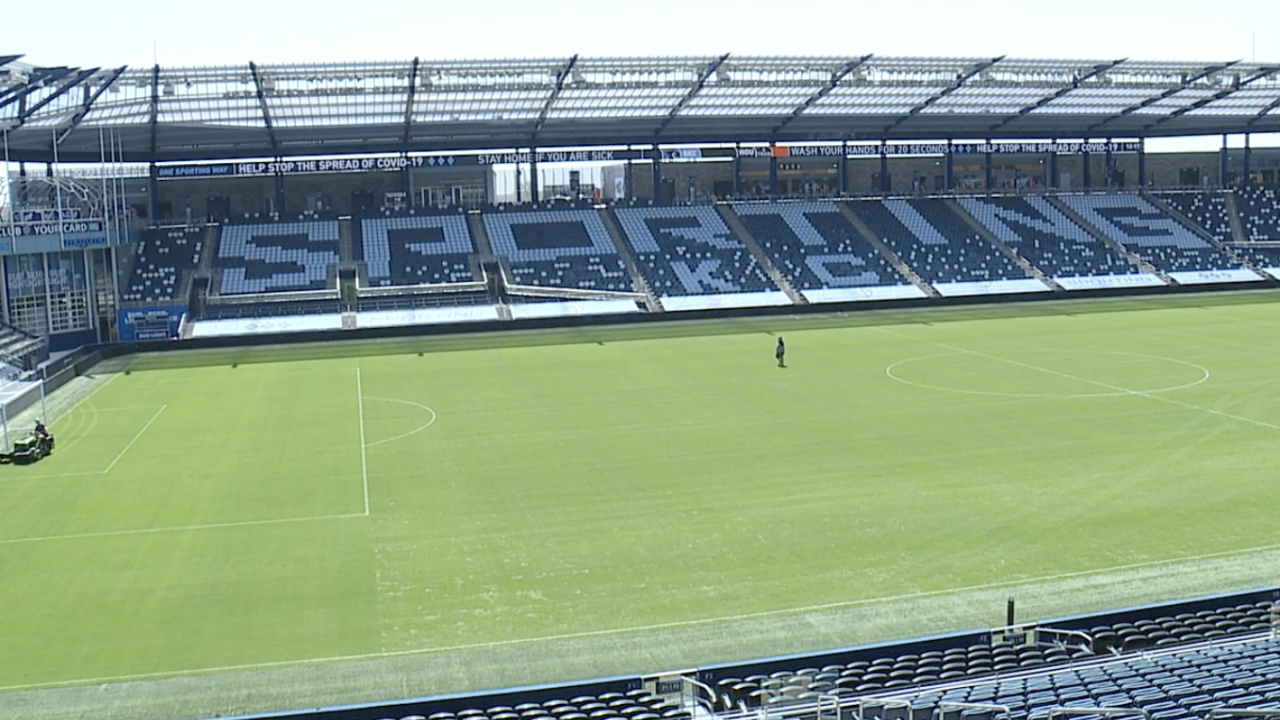 Copyright 2021 Scripps Media, Inc. All rights reserved. This material may not be published, broadcast, rewritten, or redistributed.
Jason Gould/KSHB

KANSAS CITY, Kan. — For the first time in 171 days, Sporting KC will play in front of a home crowd at Children’s Mercy Park.

That crowd of roughly 2,300 masked and socially distanced fans in Kansas City, Kansas, will come with a hefty price tag.

SKC President and CEO Jake Reid said the club will spend more to have 14% capacity for Tuesday’s match than they would on a typical full capacity crowd of more than 22,000 people.

“And that just speaks to, again, the protocols that we put in place,” Reid said.

Staggering entry and exit times for fans, exclusively cashless purchases and ticket pod seating are part of the new normal for SKC faithful on game days.

Signage around @cmpark asks fans to do their part. #SportingKC back at home tomorrow pic.twitter.com/j1ruIaTJ8V

“Professional sports, they have a lot of resources to put these safety precautions into place,” said Janell Friesen, public information officer with the Unified Government of Wyandotte County.

Sporting KC's CEO said the Unified Government of Wyandotte County was ‘driving the boat’ on crafting all safety protocols in and around the stadium.

Friesen estimated SKC is spending "20%" more than they typically would to host fans.

“We feel like we can be the exemplars to show the way for other teams out there,” Reid said. “It's gonna be great for the guys. They are excited to play with any sort of capacity.”

SKC is one of only four clubs around Major League Soccer to host fans in their home venues under Phase 1.3 of the league’s restart.

Sporting enters Tuesday's tilt with Houston in first place in the Western Conference.