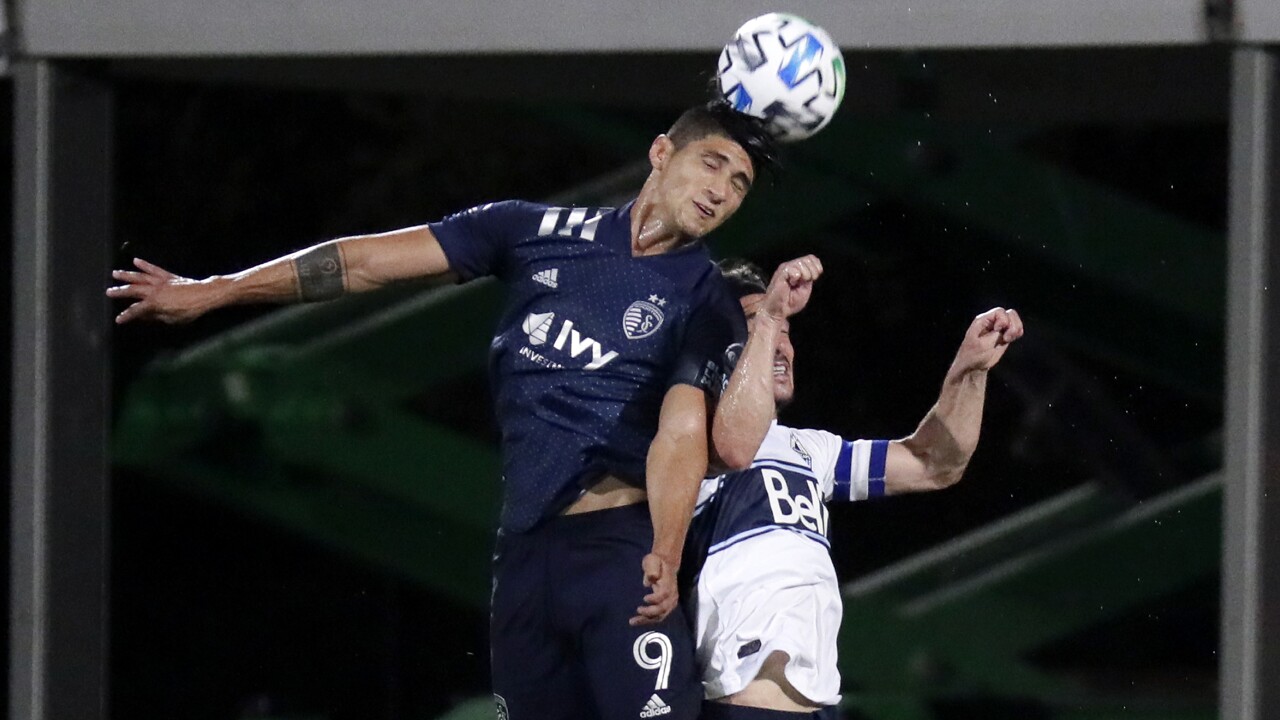 (Copyright 2021 The Associated Press. All rights reserved. This material may not be published, broadcast, rewritten or redistributed.)
John Raoux/AP
Sporting Kansas City forward Alan Pulido (9) goes up for a header against Vancouver Whitecaps midfielder Russell Teibert during the second half of an MLS soccer match, Monday, July 27, 2020, in Kissimmee, Fla. (AP Photo/John Raoux)

"Pulido will join a 26-player squad assembled by head coach Gerardo 'Tata' Martino for international friendlies against the Netherlands on Oct. 7 in Amsterdam and Algeria on Oct. 13 in The Hague," according to Sporting KC and the Mexican Football Federation.

Pulido, 29, will now miss matches with Sporting KC as he competes with the Mexican Men's National Team. A Sporting KC representative said Sunday that the club is "unsure of the exact amount at the moment," but expects clarity in the "coming days."

The forward joined Sporting KC last December and within his first season in the MLS has "tied atop the club scoring chart with six goals in all competitions, including a brace in Saturday's 2-1 road victory over the Houston Dynamo." Pulido also leads the club with four assists.

The game in the Netherlands will be featured on ESPN2, the ESPN app, TUDN and UniMas. Mexico v. Algeria will air on Univision and TUDN.