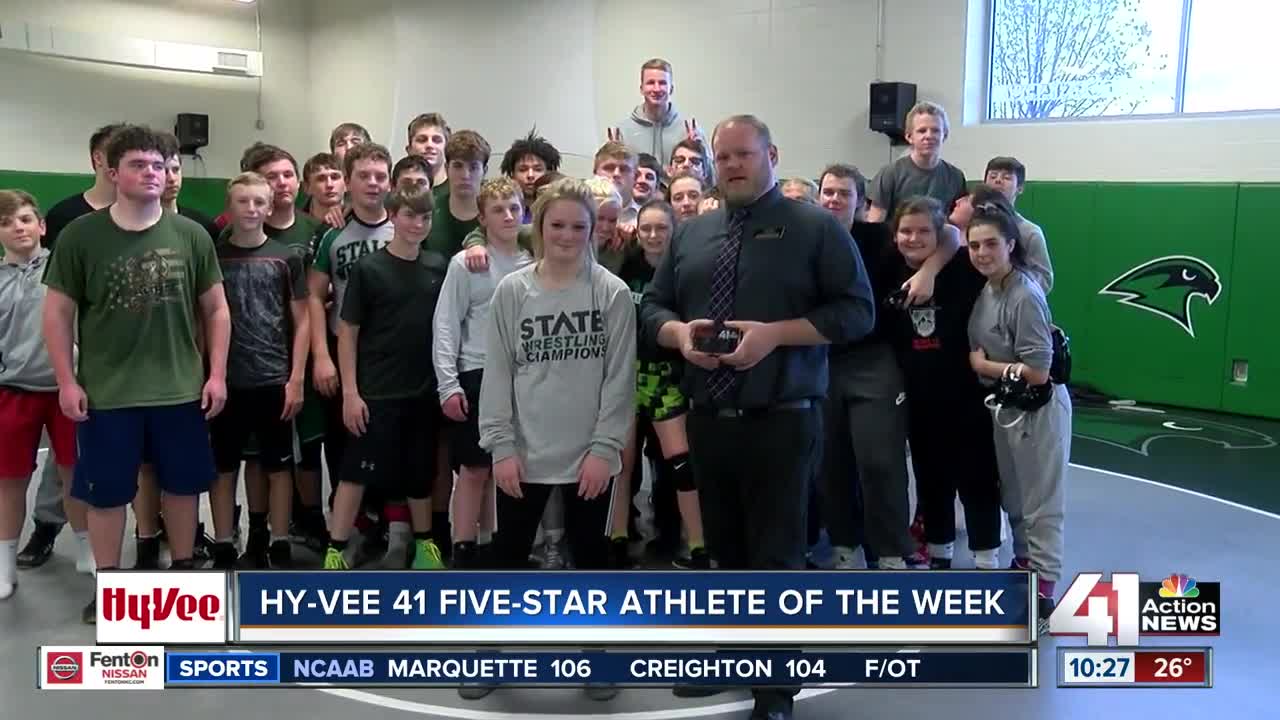 Freshman girls wrestler Lexi Hatfield is having one heck of a season for Staley. 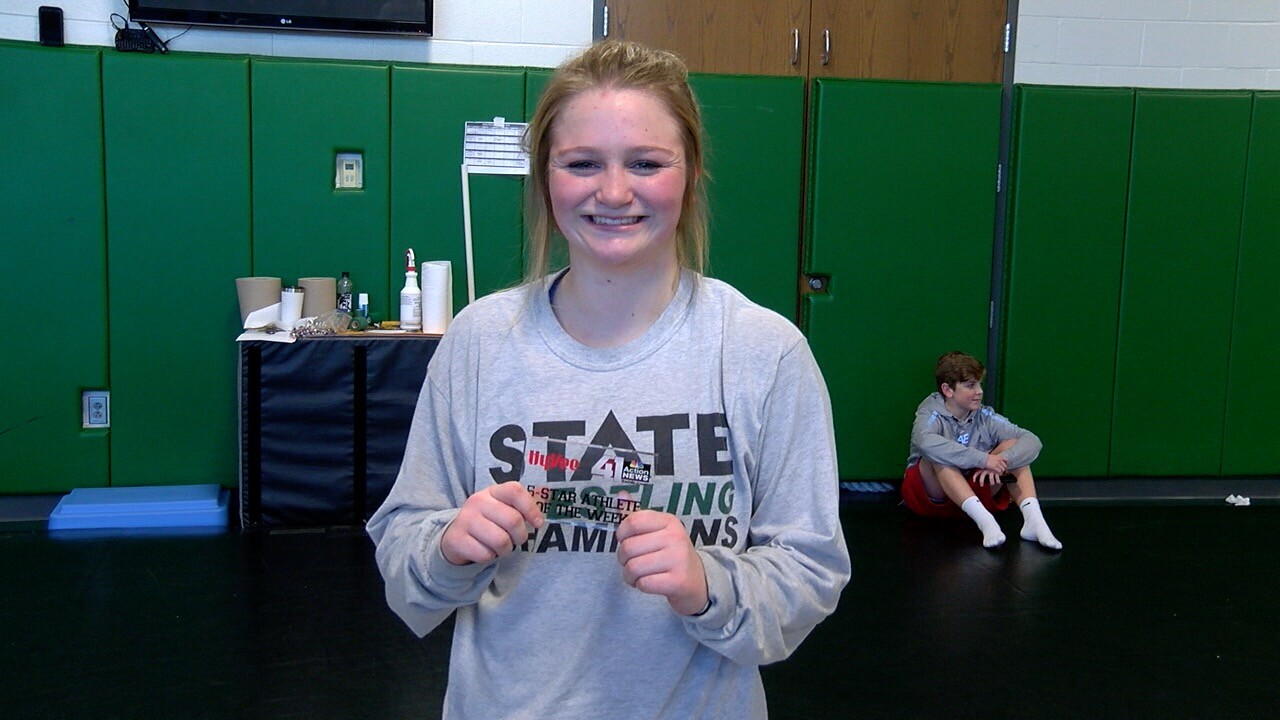 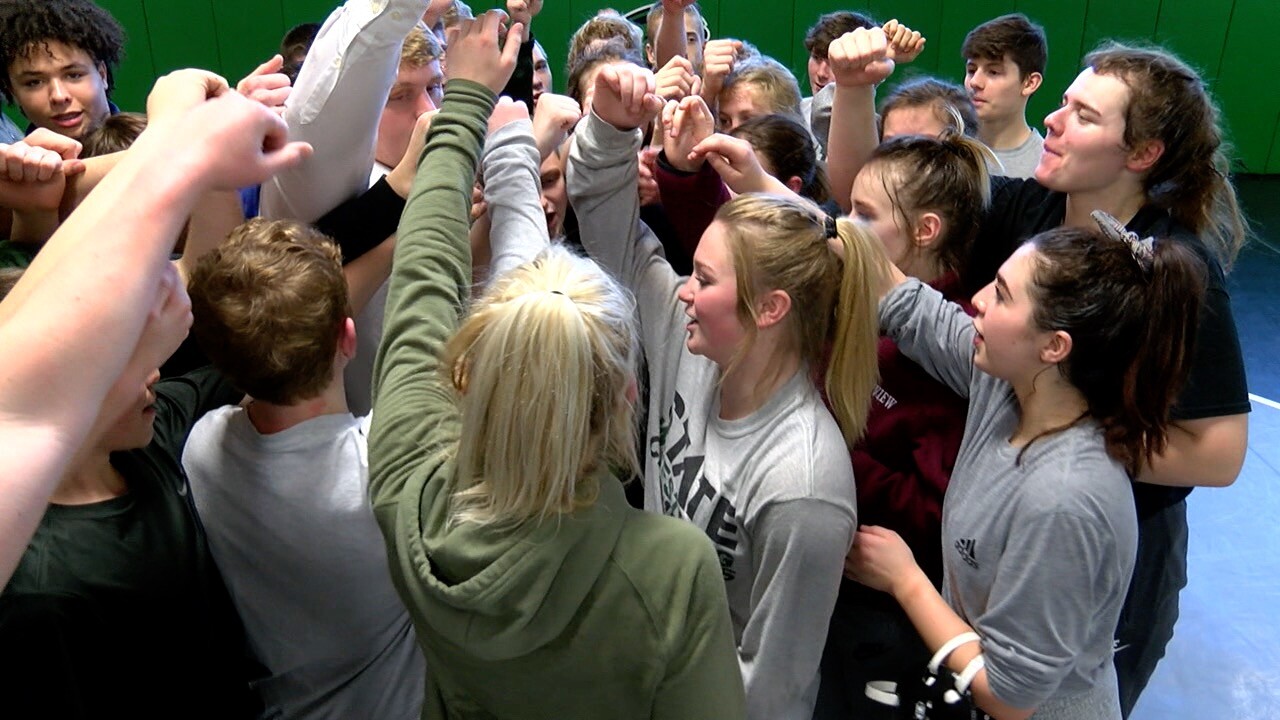 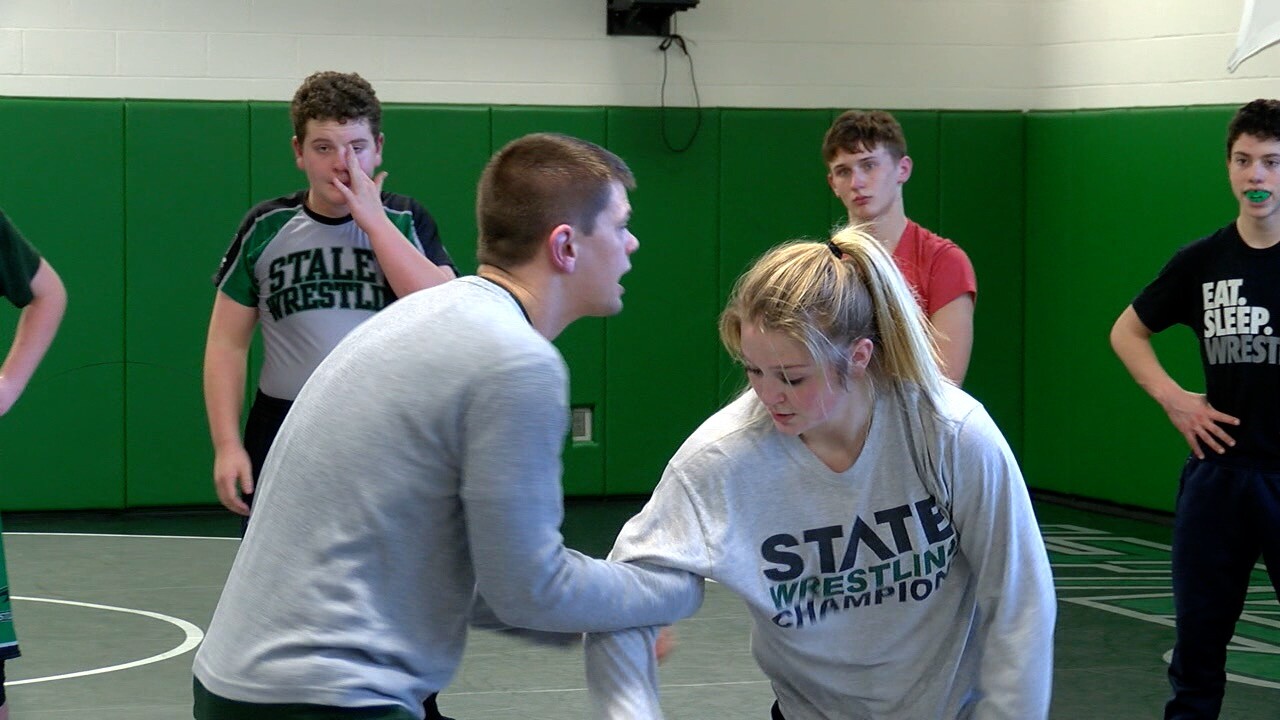 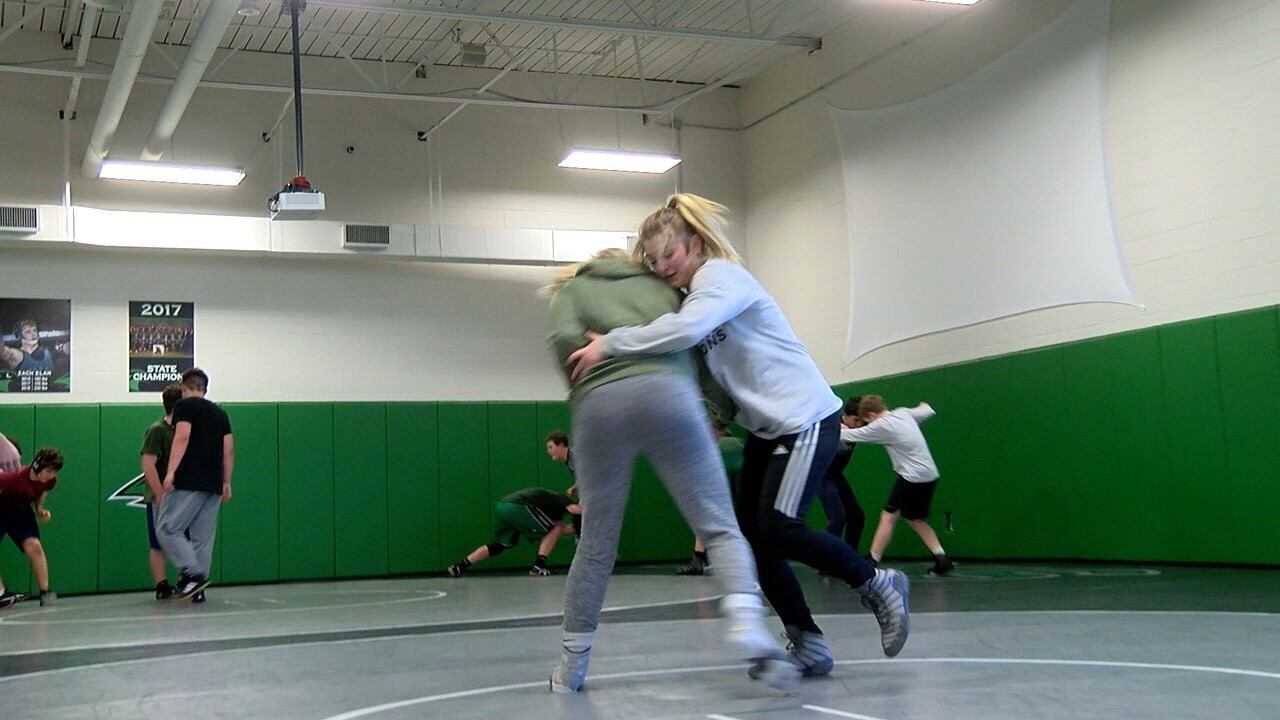 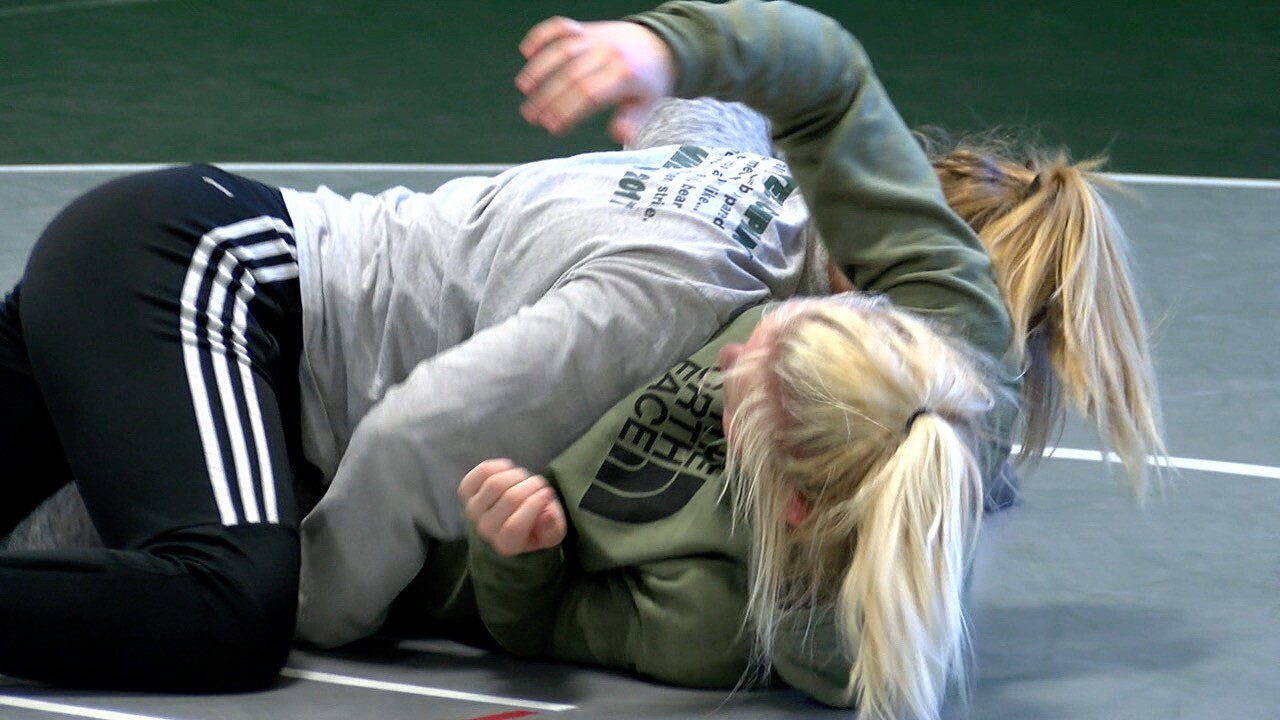 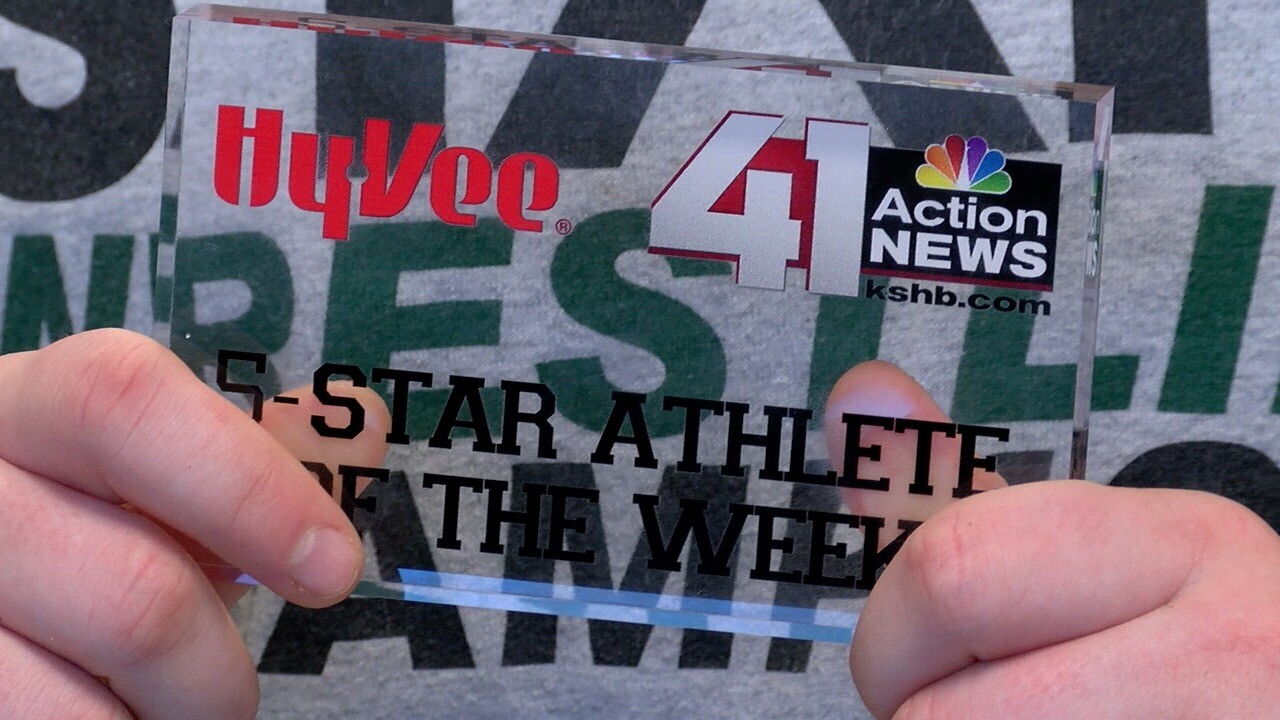 KANSAS CITY, Mo. — The Staley wrestling program has been a shining example of continued excellence year in and year out. That excellence continues, even on the girls side, with the addition of girls wrestling as an official school-sanctioned sport in Missouri.

Freshman girls wrestling standout Lexi Hatfield is showing her competition that she is a true force to be reckoned with.

"It was amazing. Just knowing that I made my team proud and everyone proud. And, everyone was there supporting me," Lexi said. "Knowing that I walked away with that belt, that was just amazing. That felt great. I just had to know that whatever [my opponent] would do, that I would just do it better, harder, stronger and just keep going. And, I'll match her and just have my stamina up and just keep going."

Staley assistant wrestling coach Nic Brent was alongside the mat when Lexi was competing for a championship this past Saturday.

"Both in the championship match, and she also had a very tough semifinals match as well," Brent said. "Her ability to listen and do came through and came out to be very important for the outcome of those matches. You know, [she had] the mat awareness of knowing where and when to take her attacks. And, when the time to kind of gain control of the tie and make sure we're in charge of everything [and] of the pace."

Lexi is certainly not new to the sport of wrestling. Members of her immediate family are immersed in the sport. Her father, John Hatfield, was the Raytown South High School head coach from 2005 until he retired as head coach in 2017. He also wrestled at Simpson College (Iowa) from 1994 to 1998 and was a two-time All-American while there. His 112-63 placed seventh all-time in the school's history and earned him induction honors into the school's hall of fame in 2014.

Lexi's brother, senior Dustin Hatfield, is a member of the Staley boys wrestling. She's certainly had lots of examples of excellence within her own family in the sport. While Lexi is just a freshman, many of her teammates gravitate toward her for leadership. One of Lexi's other teammates is junior wrestler Taylor Thomas. She finished second in the Wonder Women tournament in the 131-pound weight division. She stated how important Lexi is to the success of the Staley girls wrestling team on and off the mat.

"I mean, Lexi's one of our biggest competitors. I mean, I remember last year was my first year wrestling as a sophomore. And, she was in eighth grade. And, she was that one middle schooler that came up to the high school practices," Thomas said. "I mean, she was practicing every day trying. I mean mornings, afternoons, nights. I mean like, there wasn't a day she was not in here trying as hard as she can. And, she's put up so much for this program. I mean like gets the girls together. I mean, she's kind of like the leader of the team."