Toronto Raptors to play in Tampa, not KC, during upcoming season 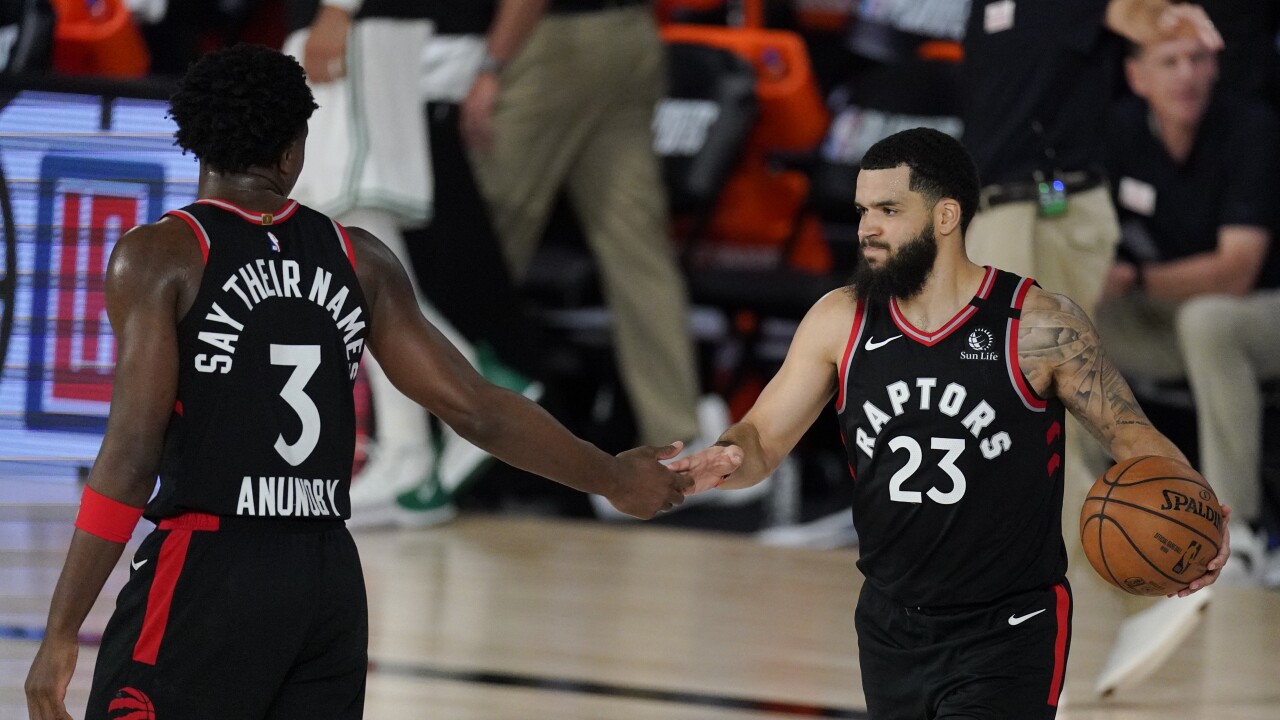 KANSAS CITY, Mo. — The Toronto Raptors will not be coming to Kansas City for the upcoming 2020-21 season.

The team, which was denied a request to play games in Canada amid the pandemic, chose to begin their season in Florida instead.

Raptors President Masai Ujiri said in a statement on Friday that while the team had worked with Canadian officials on ways to play their games at home, “the current public health situation facing Canadians, combined with the urgent need to determine where we will play means that we will begin our 2020-21 season in Tampa, Florida.”

A statement from our president Masai Ujiri. pic.twitter.com/qrnPt5MEsA

The Canadian government earlier this week reviewed a proposal from the NBA and the Raptors that would have allowed games to be played in Toronto.

But on Friday, the government denied the request. An official familiar with the decision told the Associated Press there is too much COVID-19 spread in the United States to allow for nonessential cross-border travel.

The official said that at some point next year, the decision could be reviewed.

The league needed an exemption to the requirement that anyone entering Canada for nonessential reasons self-isolate for 14 days, according to the Associated Press.

Kansas City officials and congressional leaders from Kansas and Missouri had sought to bring the Raptors to Kansas City, offering the downtown T-Mobile Center as a temporary home for the team during the pandemic.

The T-Mobile Center, then the Sprint Center, last hosted an NBA event on Oct. 13, 2017, a preseason game between the Miami Heat and Philadelphia 76ers.

The NBA’s regular season will begin on Dec. 22.