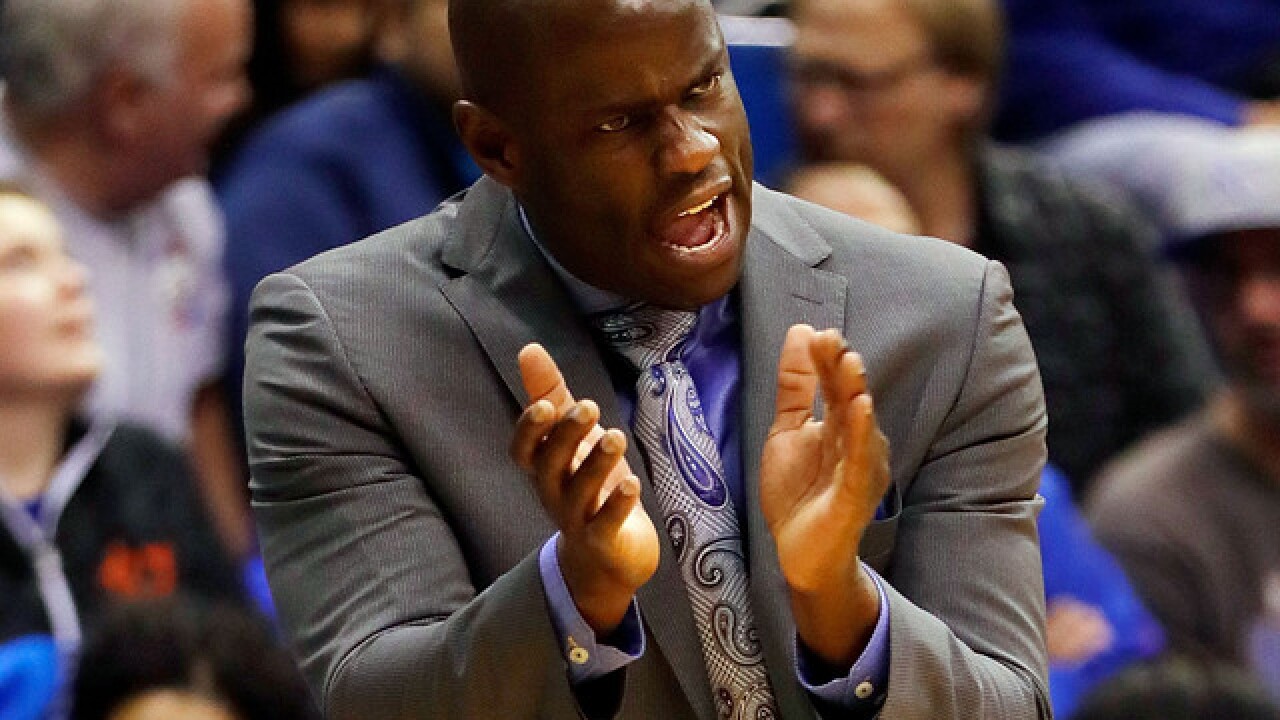 Copyright Getty Images
Jamie Squire
<p>LAWRENCE, KS - DECEMBER 06: Head coach Kareem Richardson of the UMKC Kangaroos applauds from the bench during the game against the Kansas Jayhawks at Allen Fieldhouse on December 6, 2016 in Lawrence, Kansas. (Photo by Jamie Squire/Getty Images)</p>

The University of Missouri-Kansas City men’s basketball team announced Tuesday that it will play more than half of its 2018-2019 regular-season games at the Swinney Recreation Center on the school’s Volker campus. All eight games after Jan. 1 will be played there, UMKC Athletics said in a news release.

For the first half of the season, the Kangaroos will play their games at the Municipal Auditorium in downtown Kansas City, where the team has previously played their home games.

In 2017, the Roos hosted Green Bay for a College Basketball Invitational postseason tournament game at the Swinney Recreation Center. It was one of the highest-attended games in recent years, according to the news release.

“The guys are excited to play on campus in the gym where we practice every day,” junior guard Xavier Bishop said in the release. “The atmosphere when we played here for the CBI was great and we are looking forward to playing in front of the same type of crowd this season.”

“Playing the highly important WAC schedule in the intimate setting of Swinney, within easy reach of our student fan base, gives us a decided home-court advantage,” men’s basketball head coach Kareem Richardson said in the news release. “We look forward to showcasing our talented squad and using the energy of the fans as our sixth man.”

Season tickets for men and women’s basketball games are on sale now and can be purchased here .