Watson becomes oldest Par 3 winner at The Masters, shooting 6-under at 68-years-old 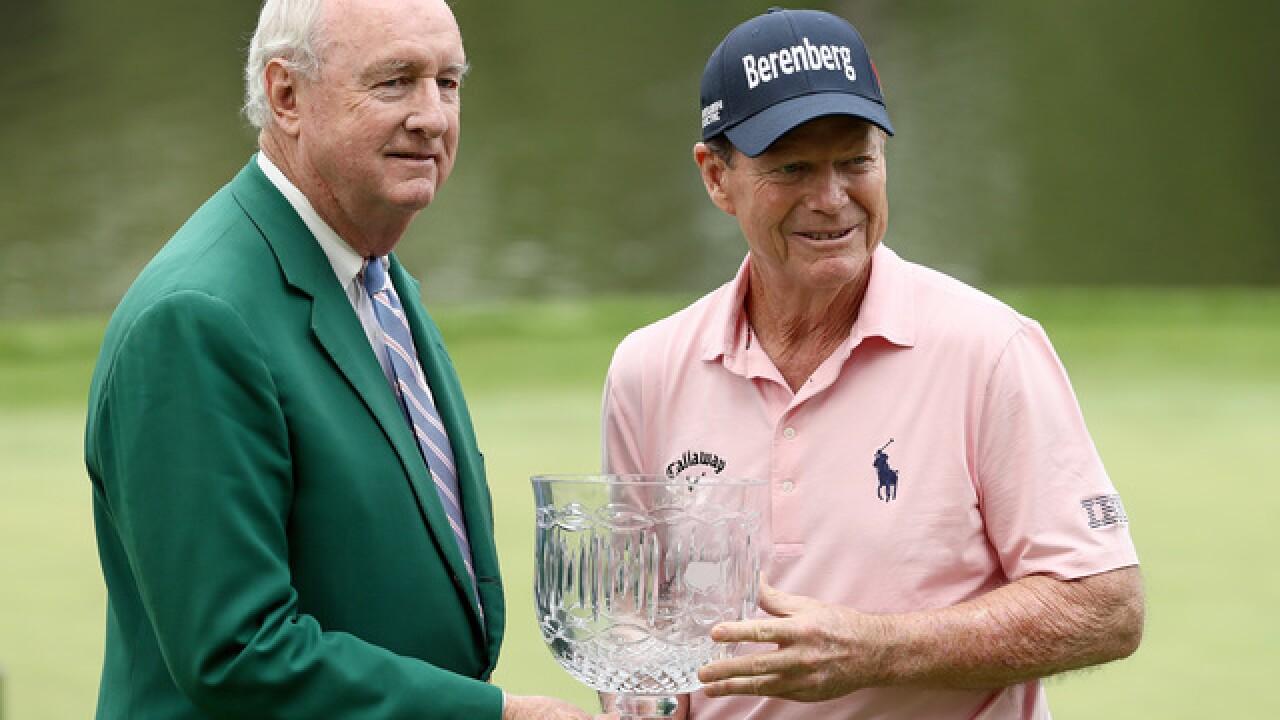 Copyright 2018 Scripps Media, Inc. All rights reserved. This material may not be published, broadcast, rewritten, or redistributed.
Jamie Squire
<p>AUGUSTA, GA - APRIL 04: Tom Watson of the United States celebrates with the trophy after winning the Par 3 Contest prior to the start of the 2018 Masters Tournament at Augusta National Golf Club on April 4, 2018 in Augusta, Georgia. (Photo by Jamie Squire/Getty Images)</p>

Tony Finau injured his left ankle celebrating a hole-in-one during the Par-3 Tournament at the Masters and then seemingly popped it back into place.

Finau flew his ball to the back of the seventh green Wednesday on the Par-3 course at Augusta National and spun it back into the hole for an ace. He started running toward the hole to celebrate, then turned and backpedaled before landing awkwardly on his left ankle. He dropped to one knee and ended up pushing the joint back into place.

Finau, ranked No. 34 in the world, ended up withdrawing from the event but stuck around for the final two holes. He gingerly walked to a golf cart and was driven off the course.

Tom Watson won the exhibition at 6-under, one shot better than Tommy Fleetwood and Thomas Pieters.

Jack Nicklaus' grandson, who was caddying for the six-time Masters winner, made a hole-in-one at No. 9.