Will the Lakers hire Ty Lue as next Coach?

seems it could be a strong possibility 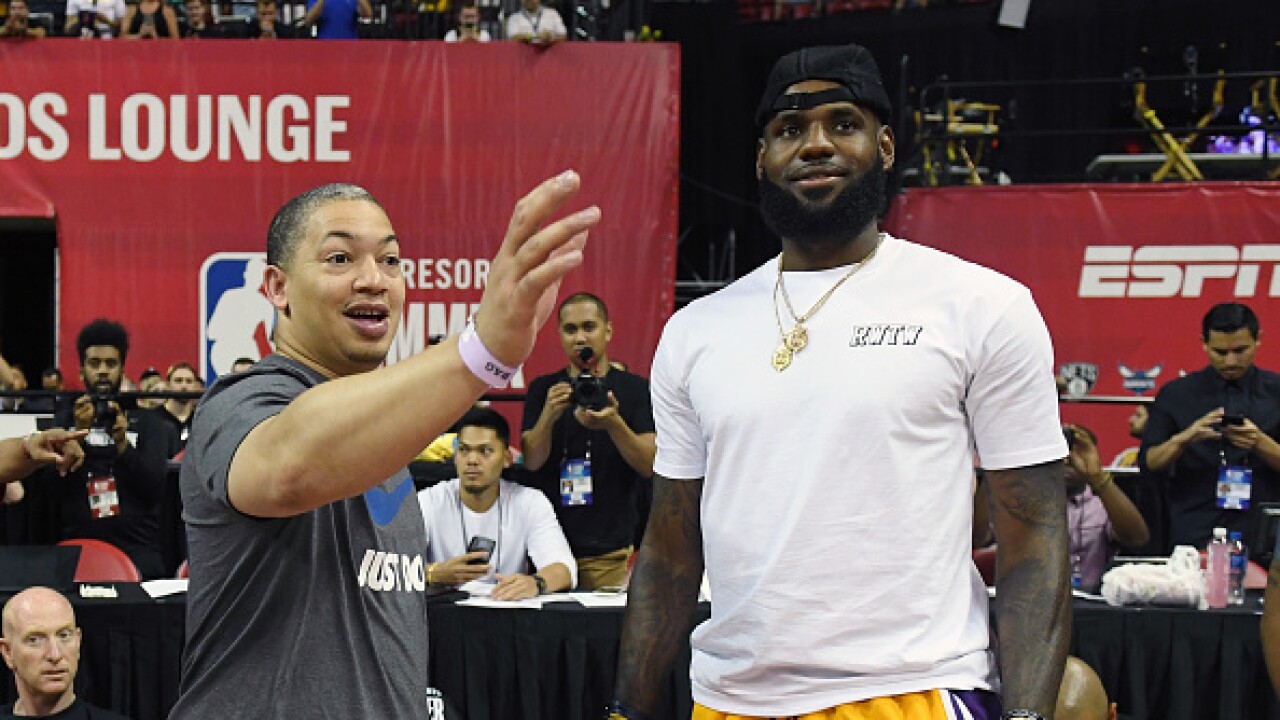 Ethan Miller/Getty Images
LAS VEGAS, NV - JULY 15: Head coach Tyronn Lue (L) of the Cleveland Cavaliers talks with LeBron James of the Los Angeles Lakers after a quarterfinal game of the 2018 NBA Summer League between the Lakers and the Detroit Pistons at the Thomas & Mack Center on July 15, 2018 in Las Vegas, Nevada. NOTE TO USER: User expressly acknowledges and agrees that, by downloading and or using this photograph, User is consenting to the terms and conditions of the Getty Images License Agreement. (Photo by Ethan Miller/Getty Images)

KANSAS CITY, Mo — Is there a reunion in the making? The Lakers parted ways with head coach Luke Walton Friday, after three seasons, following a 37-45 record. Walton couldn't win with LeBron James but the rumors are they know just the man to get this team back to the playoffs.

Former Cleveland head coach and Raytown star Tyronn Lue is apparently the front runner for the position Of course he's taken the Cavs to three straight NBA finals and a championship in 2016.

Don't forget, Lue spent his first three seasons as a player with the Lakers winning a couple of rings in the process in 2000 and 2001.