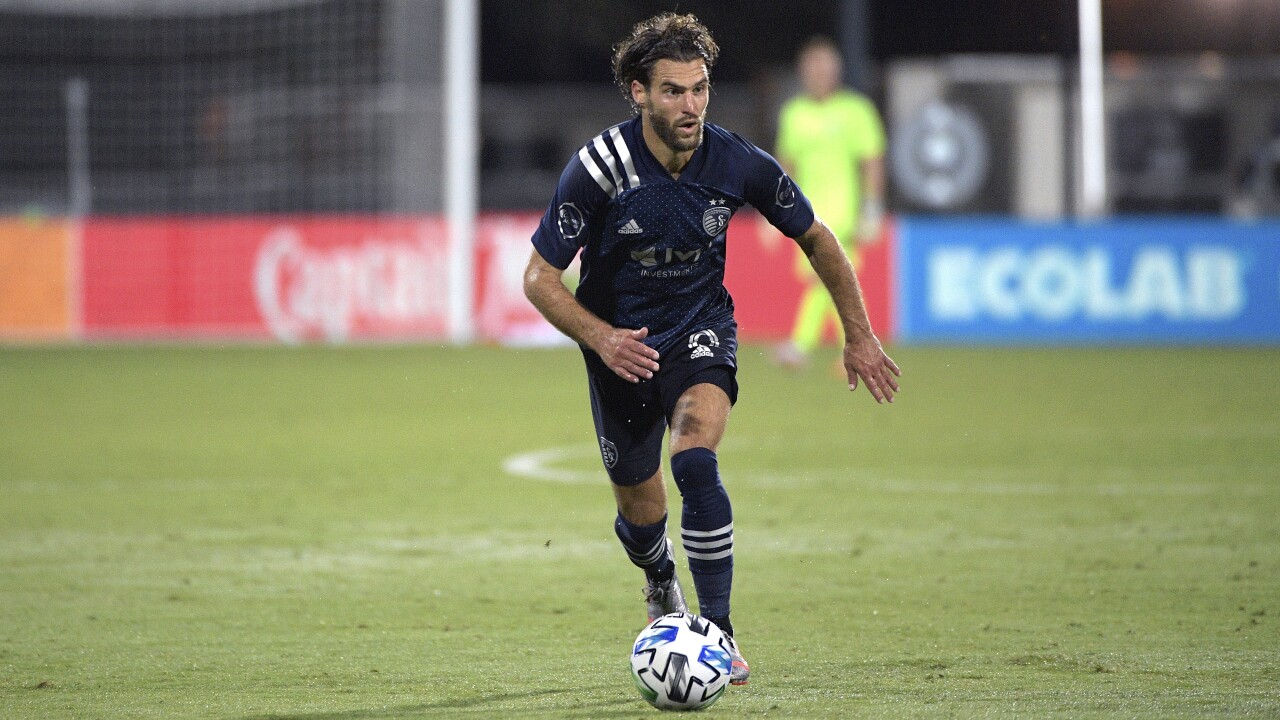 (Copyright 2020 The Associated Press. All rights reserved. This material may not be published, broadcast, rewritten or redistributed.)
Phelan M. Ebenhack/AP
Sporting Kansas City midfielder Graham Zusi (8) controls a ball during the second half of an MLS soccer match against the Minnesota United, Sunday, July 12, 2020, in Kissimmee, Fla.

LAKE BUENA VISTA, Fla. — Graham Zusi scored in stoppage time to give Sporting Kansas City a wild 3-2 victory Friday night over the shorthanded Colorado Rapids in the MLS is Back tournament.

Jonathan Lewis scored in the 84th minute to pull the Rapids into a 2-2 draw after Alan Pulido put Sporting ahead with a penalty kick in the 72nd minute.

The match was contentious, with two second-half red cards taking the Rapids down to nine players.

After falling behind in the sixth minute on a goal by Kellyn Acosta, Sporting KC drew level 20 minutes into the second half when Khiry Shelton made good on an assist from Gadi Kinda.

Former Sporting KC forward Kei Kamara had the assist on Lewis' goal, which came with the Rapids playing down two men.