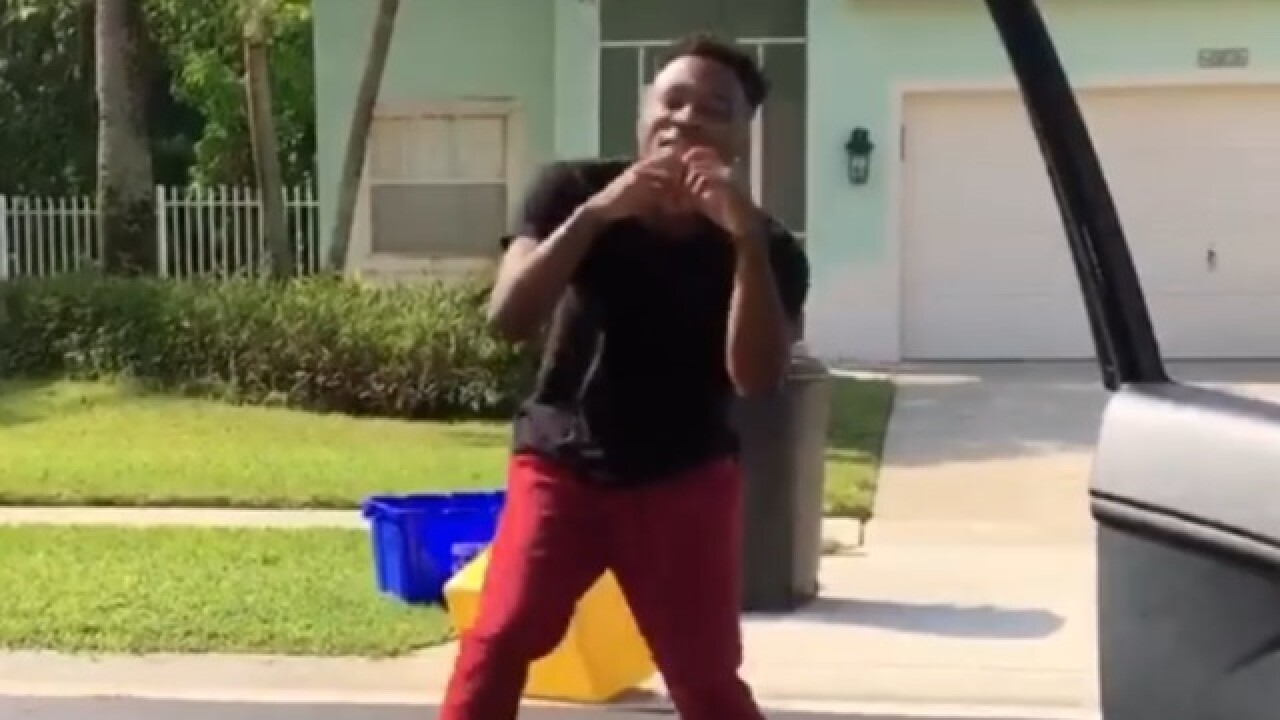 It’s one of the latest challenges to hit the web—the “In My Feelings” challenge.

The dance videos—started by @theshiggyshow—show people jumping out of a car and dancing alongside the moving vehicle to Drake’s song “In My Feelings.”

This recent video is going viral and shows just how dangerous the challenge can be.  The video, uploaded by Jaylen Norwood, shows Norwood doing the challenge just before being struck by a car.

The NOW spoke with Norwood, who said it was a staged incident gone wrong. He said he was supposed to jump on the hood of his friend’s car and continue to dance; however, he says he slipped on oil, which caused him to fall, before he was hit.