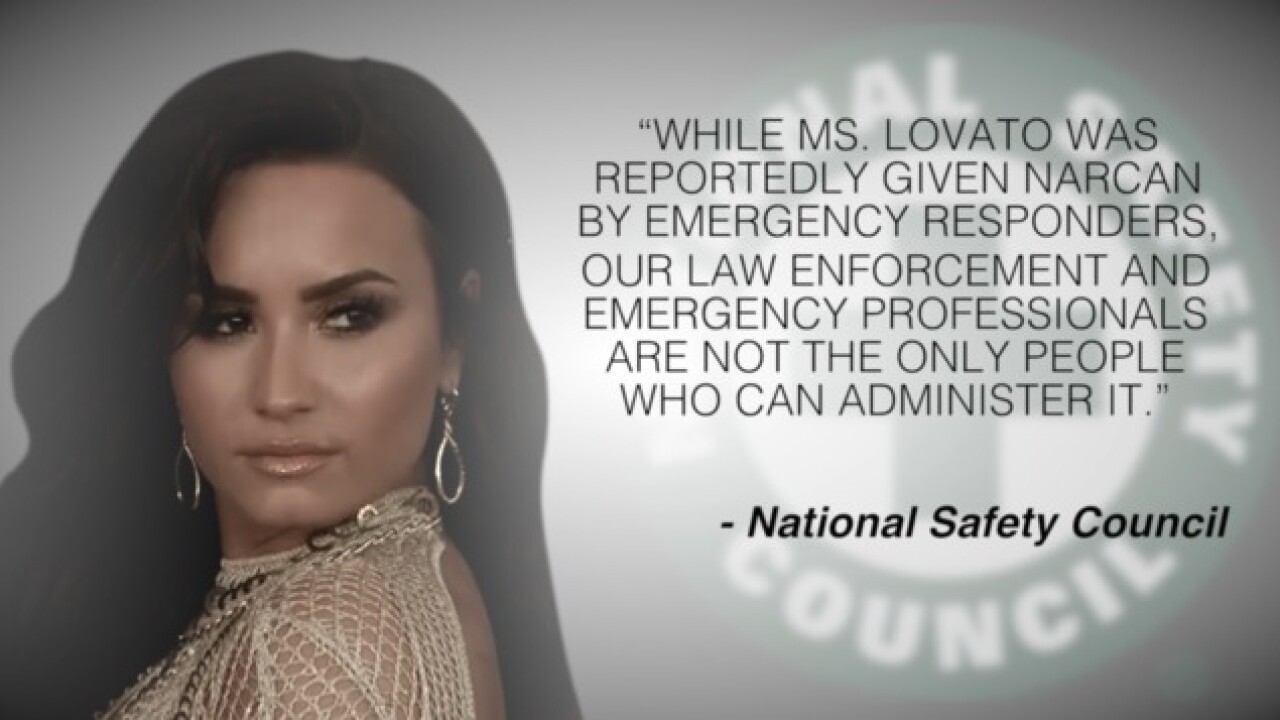 There has been an outpouring of support for singer Demi Lovato, after the singer was rushed to the hospital Tuesday for apparent overdose.

Experts say news of this incident could be a chance to help even more people struggling with opioid addiction.

The National Safety Council says Lovato’s reported revival with Narcan, an overdose reversal medicine, “tells us that substance misuse stories can end with hope rather than tragedy.”

In a statement, the group said, “while Ms. Lovato was reportedly given Narcan by emergency responders, our law enforcement and emergency professionals are not the only people who can administer it.”

The group is calling for increased access to the drug, as U.S. Surgeon General Jerome M. Adams, M.D., M.P.H. has done in the past saying, “anyone can administer it without fear of an adverse outcome. It poses no threat to someone who might not be overdosing. The only thing naloxone will do is save a life.”