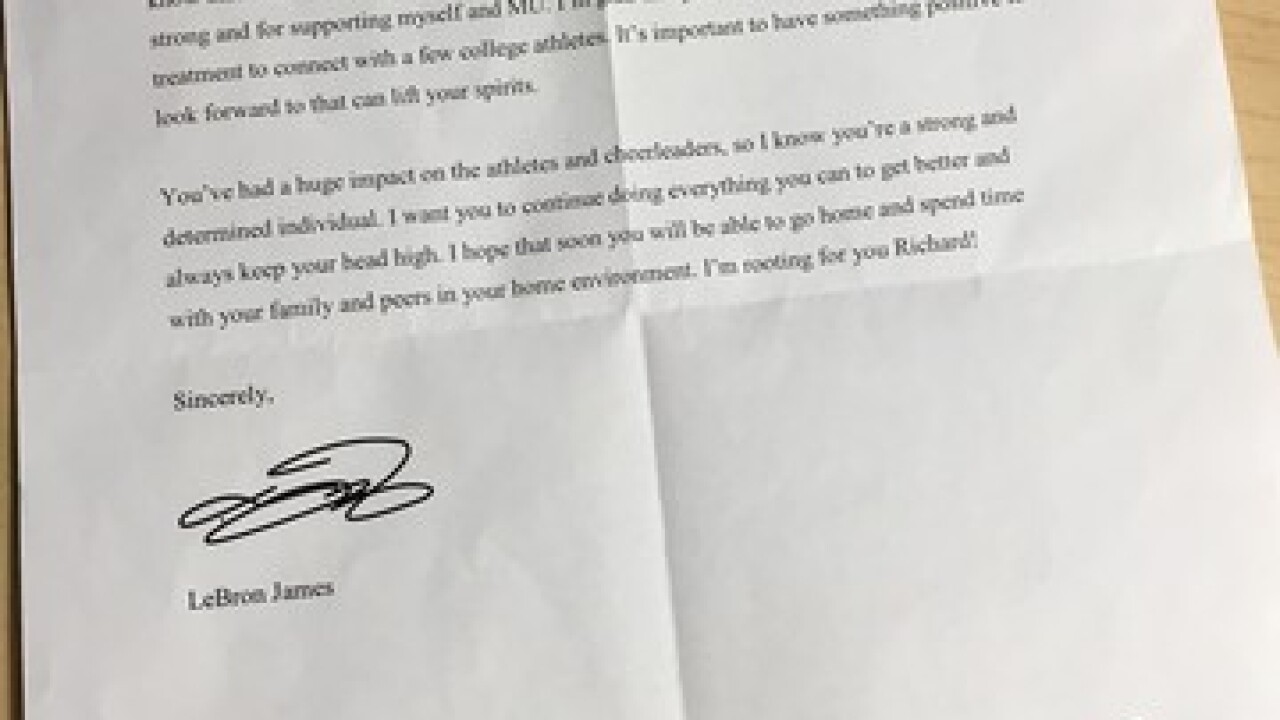 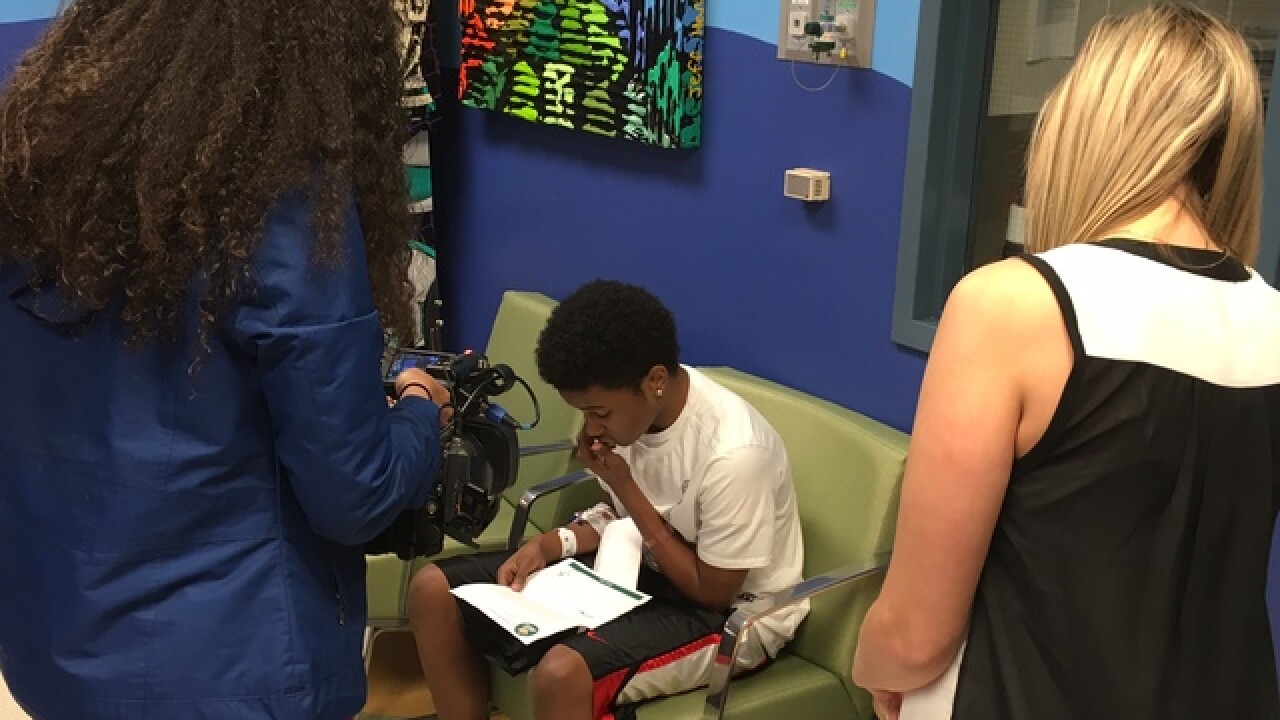 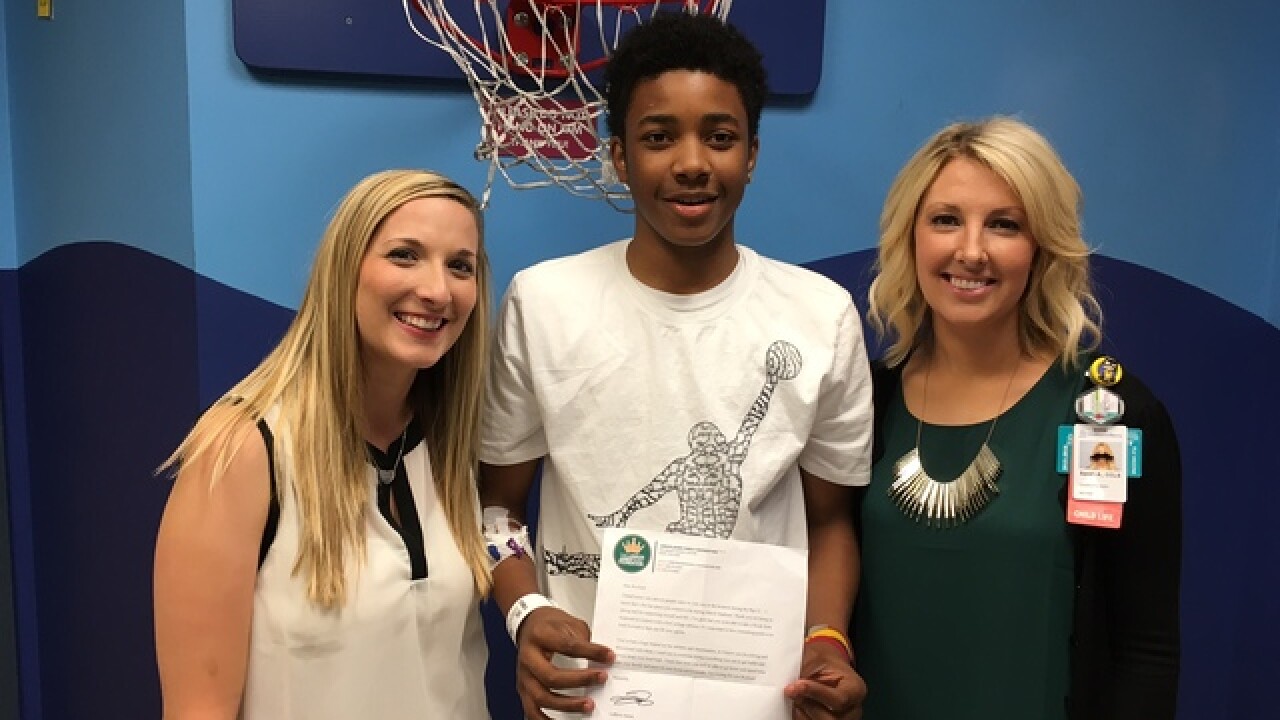 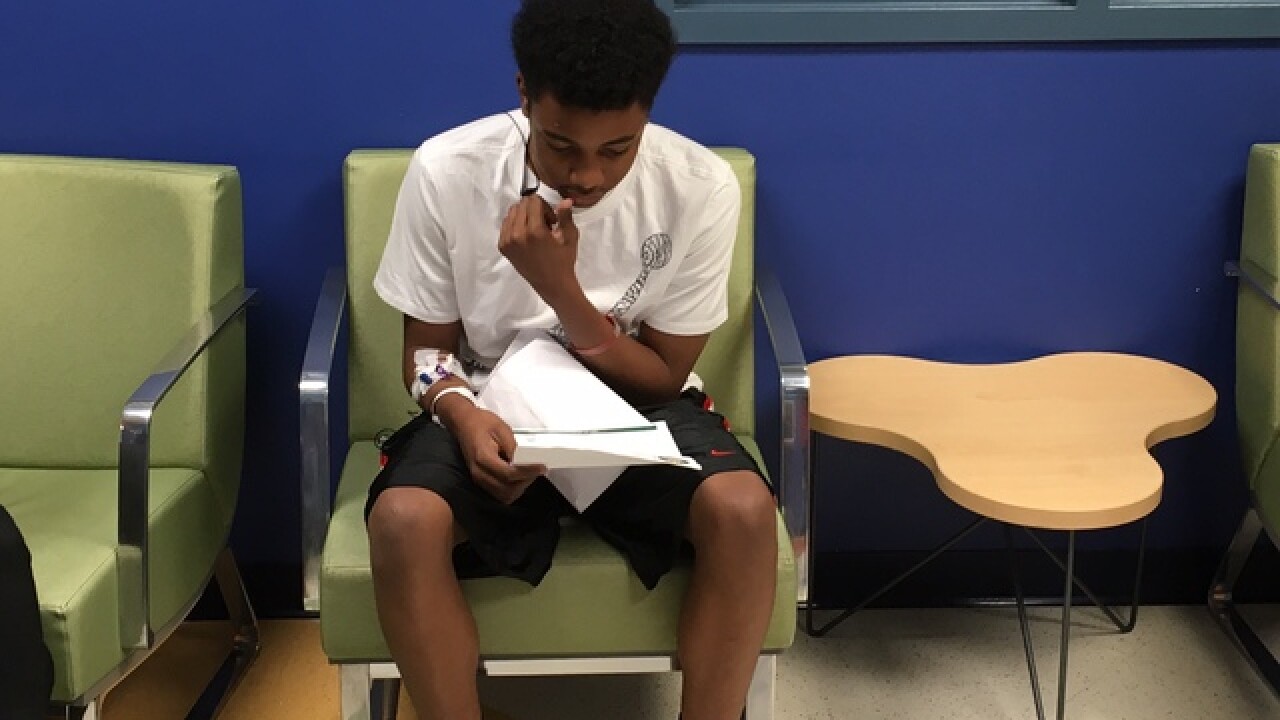 Snail mail: It's not how most teens like to communicate. But, when the sender is the star player of the Cleveland Cavaliers, they listen.

Richard Cooper has been an on-again, off-again patient at Children's Mercy Hospital for the last few months.

"It's not fun being in pain in the hospital when I'd like to be at home and hanging with friends, but instead I have to be in here all cooped up," said Richard, 15, who goes by "Coop."

But on this day he doesn't mind it as much. After all, it's where LeBron James tracked him down to send a care package, complete with words of encouragement.

"I don't know how to explain it," said Coop. "It's really nice of him to take time and write a letter that sounds like he put a lot of thought into it and give it to me."

41 Action News initially profiled Coop during the Big 12 Championship when he was stuck in the hospital. LeBron James caught wind of it and wanted to let Coop know that while fans usually cheer for him, the basketball star was returning the favor by cheering for Coop.

"I hope it shows him how much people believe in him and LeBron wrote some cool thing in that letter about how he's an inspiration, and so I hope he remembers those things and also can look back at that when he's having a hard time," said Sarah Anderson, a child life specialist at Children's Mercy Hospital.

Because when you have a major athlete cheering you on, you don't let a nasty disease like sickle cell anemia slow you down.

"He's my basketball role model. I look up to him. One day, I hope I can be like him," said Coop.

At 4 pm, @TerraHall shares the moment when Coop got a surprise from @KingJames! @cavs @TheNowKC @41ActionNews #ECF pic.twitter.com/uZTkdnUBOO