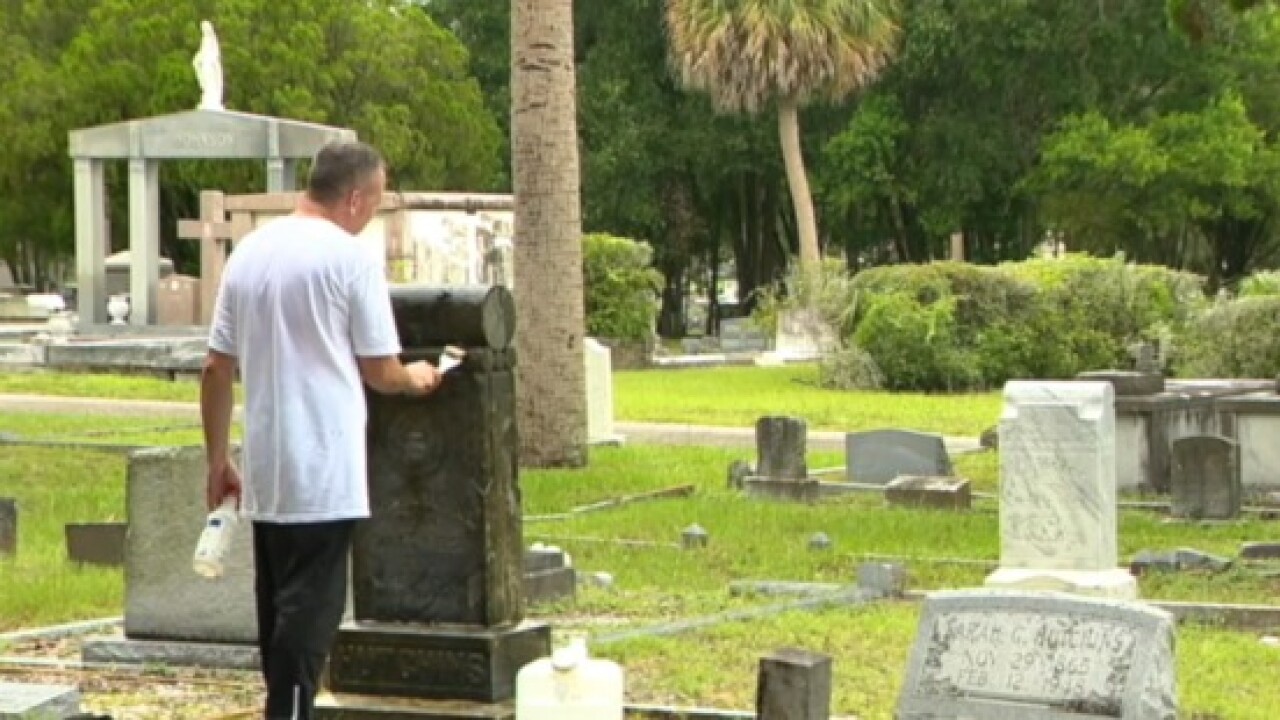 One man is making sure hundreds of our veterans are still being honored, years after their deaths.

If you ever find yourself exploring an old Florida cemetery, you could possibly run into Lumish, who is nicknamed “The Good Cemeterian.”

It’s a fitting name for someone who, in a few short years, has restored over 1,500 headstones to their original glory.

"They're essentially living museums,” Lumish says. “And you can touch history here, and there are stories behind each stone."

The physical transformation is one thing, but the stories are everything, says Lumish.

Stopping at one headstone, Lumish says, “Lewis Franklin Vaugh is his name; he just turned 18 years old and wanted to serve his country.”

Turning to another grave site, Lumish tells the story of a Mr. Hutchins.

“Just a teenager when he served with the union army during the Civil War. Over a century old.”

As for the process of restoring the headstones, Lumish says the initial labor is the hardest part.

"So, we are dealing with 109 years of buildup that has accumulated on his stone in that time frame."

It also takes the right amount of elbow grease.

"People see me doing this and they say that it is so tedious ‘cause I restore them all by hand,” explains Lumish. “But it's the only way to do it the right way. You kind of connect with each individual, too, so it’s really very personal too."

Lumish says the recognition this week is humbling.

“It's a little embarrassing I get any attention at all.”

Despite being shy about his increased popularity, Lumish says he’s excited to spread the word, so that others can learn the proper restoration techniques and do it themselves.

Lumish says our troops--alive or deceased--are the nation's true heroes.

Not only are we celebrating those who served in the past and telling their stories, but I make sure we constantly remind everyone that we currently are living and walking amongst heroes every day.”