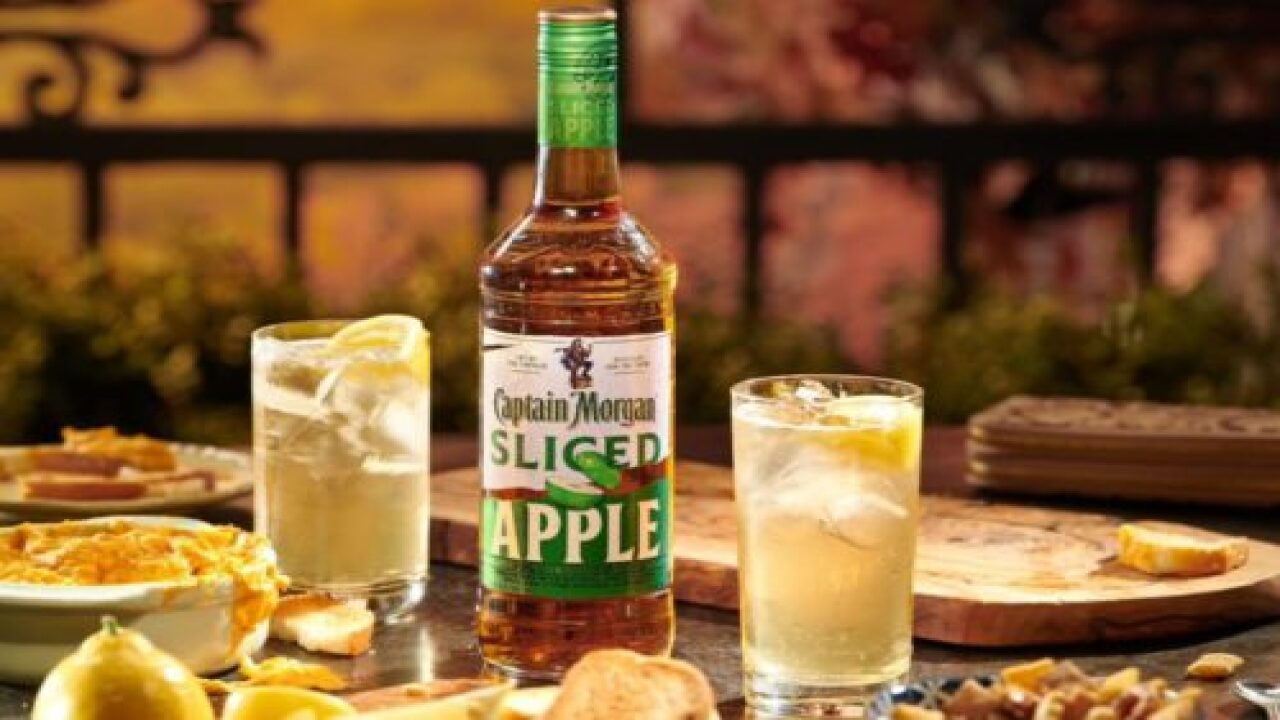 Pumpkin spice might make for a great fall latte, but when it comes to adult beverages, apple reigns supreme.

From caramel apple mimosas to hard apple cider slushies, you simply can’t go wrong when you add apples to your cocktail recipes. And now, there’s a new way to enjoy the seasonal flavor in a drink: Captain Morgan Sliced Apple rum!

According to the brand, the new rum has the flavor of Captain Morgan’s signature Original Spiced Rum, but they added a hint of ginger and fused it with the juicy taste of sliced-up apples. The brand says it is best served neat, on the rocks or as a chilled shot, but if you prefer cocktails, try their Apple Sour or Apple Mule.

You can find Captain Morgan Sliced Apple in stores across the U.S. and Canada for a suggested retail price of $15.99 for a 750-milliliter bottle.

If rum isn’t your go-to adult beverage, Baileys also has a new apple-flavored liquor that may be more to your liking.

The new limited-edition Baileys Apple Pie can be served over ice, in chai tea or on ice cream and has the taste of freshly baked apple pie blended with Irish cream. The new drink is available nationwide while supplies last.

It costs around $24.99 for a 750-milliliter bottle, or you can order it online as part of a Baileys Apple Pie Friendsgiving Kit from Cocktail Courier.

You can also make your own apple-flavored booze, like this apple and cinnamon vodka, which I personally tried and can verify is amazing.

All you need is your favorite brand of vodka, cinnamon sticks, two apples and a mason jar. You simply put the ingredients in the jar, place a lid on it and store the jar in a cool, dark place in your kitchen.

You’ll need to allow for about five days for the flavors to fully infuse the vodka. You can test it each day, however, and if the flavors are to your liking, you do not have to let it sit for five days.

If fall flavors aren’t your thing, wait for the holiday season to get closer and Captain Morgan’s Gingerbread Spiced Rum may be making a return, as it is still listed on the brand’s website.

What is your favorite cocktail to drink during the fall season?