For Trump supporters, election fraud is a real fear 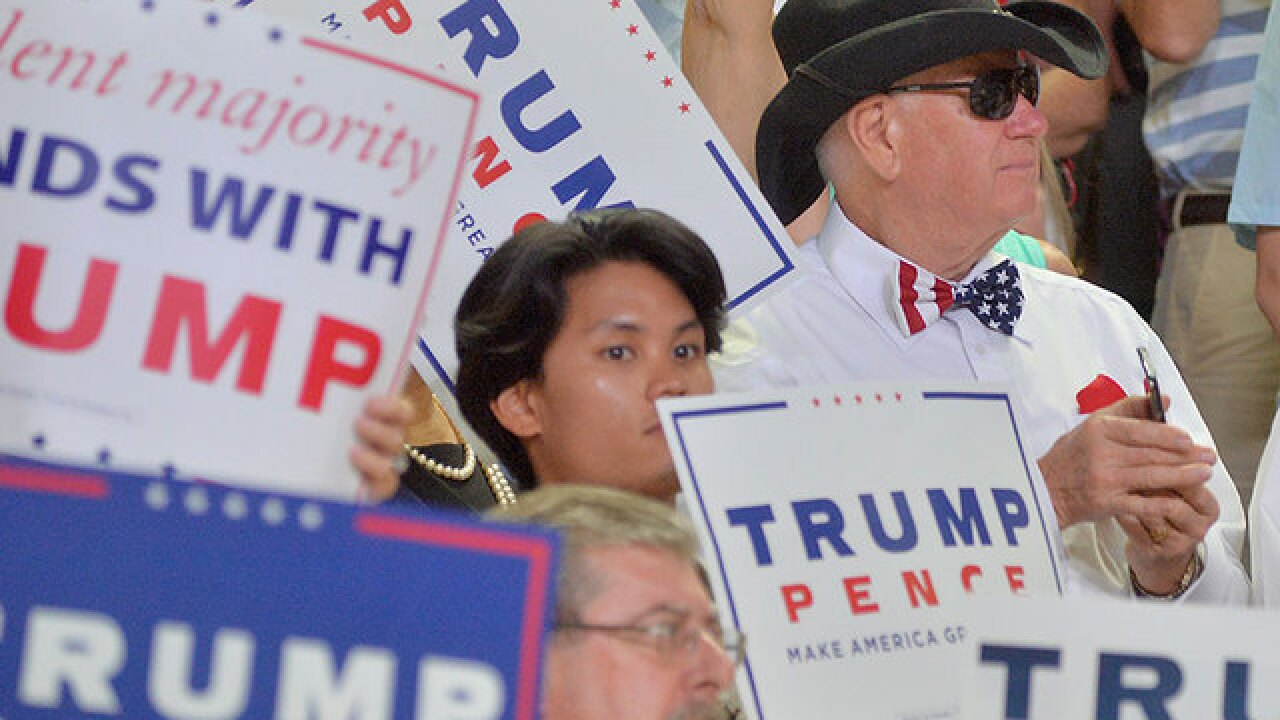 It’s become one of Donald Trump’s go-to lines: If he doesn’t win in November, it will be because of a rigged election.

“First of all, it [the primary season] was rigged, and I’m afraid the [general] election is going to be rigged. I have to be honest,” he said to a packed convention center in Columbus, Ohio, Aug. 2.

Trump echoed that allegation a day later in  an interview with The Washington Post , “If the election is rigged, I would not be surprised. The voter ID situation has turned out to be a very unfair development. We may have people vote 10 times.”

Numerous  studies  have  discredited  the claim that voter fraud is rampant in the U.S., or even truly feasible, and voting experts say a rigged election would be impossible. Even President Obama directly  criticized  Trump’s words, saying in a press conference last week, “The federal government doesn’t run the election process. States and cities and communities all across the country, they are the ones who set up the voting systems and the voting booths. And if Mr. Trump is suggesting that there is a conspiracy theory that is being propagated, across the country, included in places like Texas, where typically it’s not Democrats who are in charge of voting booths, that’s ridiculous.”

But one person’s conspiracy theory is another’s reality. For many Trump supporters at two of his recent rallies in the swing-state of North Carolina, even the U.S.—the country considered by many to be the gold standard for democratic elections—isn’t immune to tampering.

“Absolutely I believe that. I believe in voter fraud and I’ve seen it. I’ve seen videos of how it happens and I believe that it can happen,” said Sandy Collins, 57, a retired teacher from Morehead City, N.C. “I saw a video of computer geeks that showed how they did a fake vote and they had 10 people vote and the computer geeks made a software system so that when they put the votes in …there was 8 yes and 2 no and after they put the papers through there were 7 yes and 3 no.”

Trump isn’t the first to claim voter fraud will rig an election. It’s a popular conspiracy theory often found on far right blogs and has been suggested in the past by other,  typically unsuccessful , Republican candidates.

Trump’s longtime adviser and friend Roger Stone also is pushing the fraud theory. He told  Breitbart , “This election will be illegitimate. … We will have a constitutional crisis, widespread civil disobedience, and the government will no longer be the government. … It will be a bloodbath.”

This election in particular, though, has seen the claim take hold among Republican voters. The fear seems to play to Trump supporters’ unique sense of alienation and distrust. Just as they say Hillary Clinton is “crooked” and Ted Cruz was “lyin’,” they maintain the entire establishment can’t be trusted — which includes voting systems across the country. And many believe that if tampering occurs this election, it won’t be the first time.

“It’s been shown that people have been voting over and over again for all of the Democratic [candidates]. Even Obama. That’s how he got elected, I think, was through voter fraud,” said Louis Strickland a 55-year-old real estate agent from Wilmington. “And they had it on camera in a lot of places.”

There’s less consensus among believers as to how the fraud would actually happen. Some point to relaxed voter ID laws. North Carolina recently saw part of its  laws overturned , including provisions that required voters to show an ID, because the 4th Circuit Court of Appeals ruled the language was written “with racially discriminatory intent” in violation of the Constitution and the Voting Rights Act.

“I think people voting and over voting, voting more than once, I think that would be the problem and I think that’s so easy to probably do that,” said Winston Henderson, a 69-year-old accountant from Wilmington. “I was disappointed when the law was stricken down.”

Others say it could come from some type of computer hacking or tampered-with voting machine.

“Well my husband says that the casinos can rig the machines, which we all know that. So they can rig the voting machines,” said Linda Bulla, 72, who works at a property management company in Fayetteville. “I’m not quite sure how it would happen but I’m sure it could happen.”

Currently votes are  not connected  to the internet because of security concerns, but many ballots are processed through electronic systems that use software.

Then there is the actual question of who would be responsible for the supposed tampering. “The Democrats” was a common response, followed by the federal government in general, and then Obama himself.

“How would that happen? I dunno. Corruption. I would say it was influential corporations working with government… to maximize their own profits,” said Jackson, 23, from Wilmington, who asked to not have last his name published because of privacy concerns. He said corporations would conspire against Trump because Clinton was in their back pocket.

Sandy Collins said she’s not sure what could be done to ease her fears that the election isn’t rigged—she just can’t trust it.

“Absolutely it will pass through my mind on election day. When I put my little ticket in there I want it to say: Republican. Donald Trump. I want to see,” she said. “And still, it could say that and come out wrong. That’s still not 100 percent safe.”