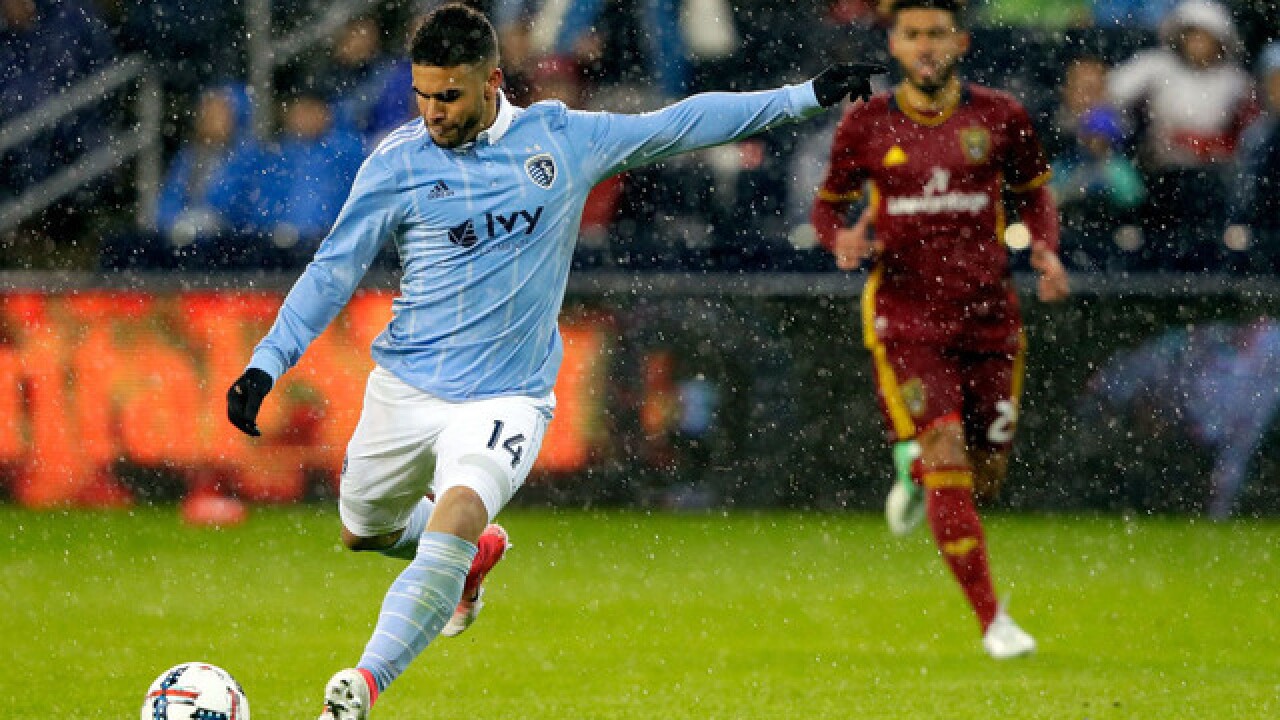 Kansas City forward Dom Dwyer and midfielders Kenny Saief of Gent, Cristian Roldan of Seattle and Kelyn Rowe of New England have been picked for the U.S. roster for the CONCACAF Gold Cup and could make their national team debuts next month.

Defenders Matt Miazga of Chelsea and Eric Lichaj of Nottingham Forest also were among the 23 players selected Sunday by U.S. coach Bruce Arena.

Thirteen of the players have eight or fewer international appearances.

"They have an opportunity to make a statement," Arena said. "We have a large number of domestic players because our European-based players need a break. They had long seasons plus the June World Cup qualifiers, so they needed a break and then they need to start their preseasons in July."

Saief played for Israel's Under-19 and Under-21 teams, and his approval to switch to the U.S. was approved by FIFA in the past week. Dwyer, born in England, became a U.S. citizen in March.

Dallas goalkeeper Jesse Gonzalez, who has played for Mexico's Under-20 and Under-23 teams, was on the 40-man preliminary roster announced June 3, but his request for change in association has not yet been approved by FIFA.

The U.S. opens camp Monday in Nashville, Tennessee, and has an exhibition against Ghana on Saturday at East Hartford, Connecticut. The Americans' group stage includes matches against Panama on July 8 at Nashville; Martinique on July 12 at Tampa, Florida; and Nicaragua on July 15 at Cleveland.

Teams advancing to the knockout stage can change six players, but the pool is limited to those on the 40-man roster. The group of possibilities includes Toronto midfielder Michael Bradley and forward Jozy Altidore, Portland midfielder Darlington Nagbe and Seattle forward Clint Dempsey.