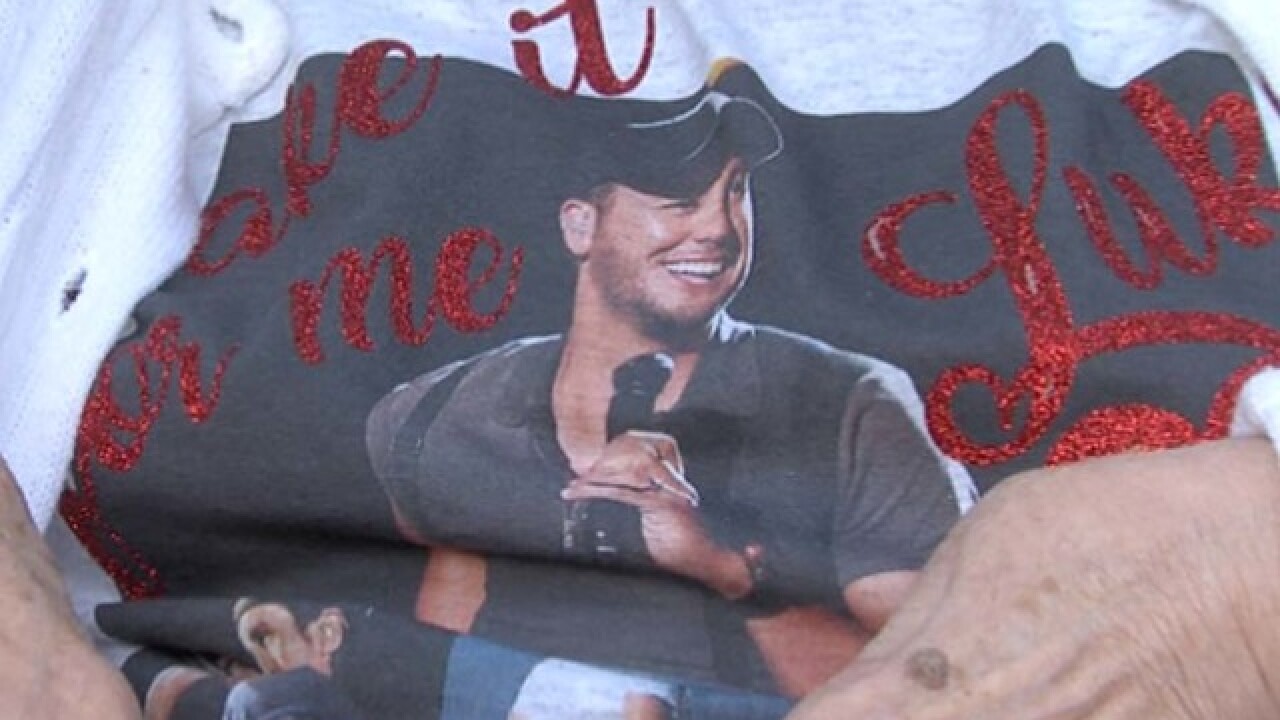 Copyright 2017 Scripps Media, Inc. All rights reserved. This material may not be published, broadcast, rewritten, or redistributed.
<p>Francis Stanaway has a terminal illness. She met her favorite country music star, Luke Bryan, through the "Gift of a Day" program.</p> 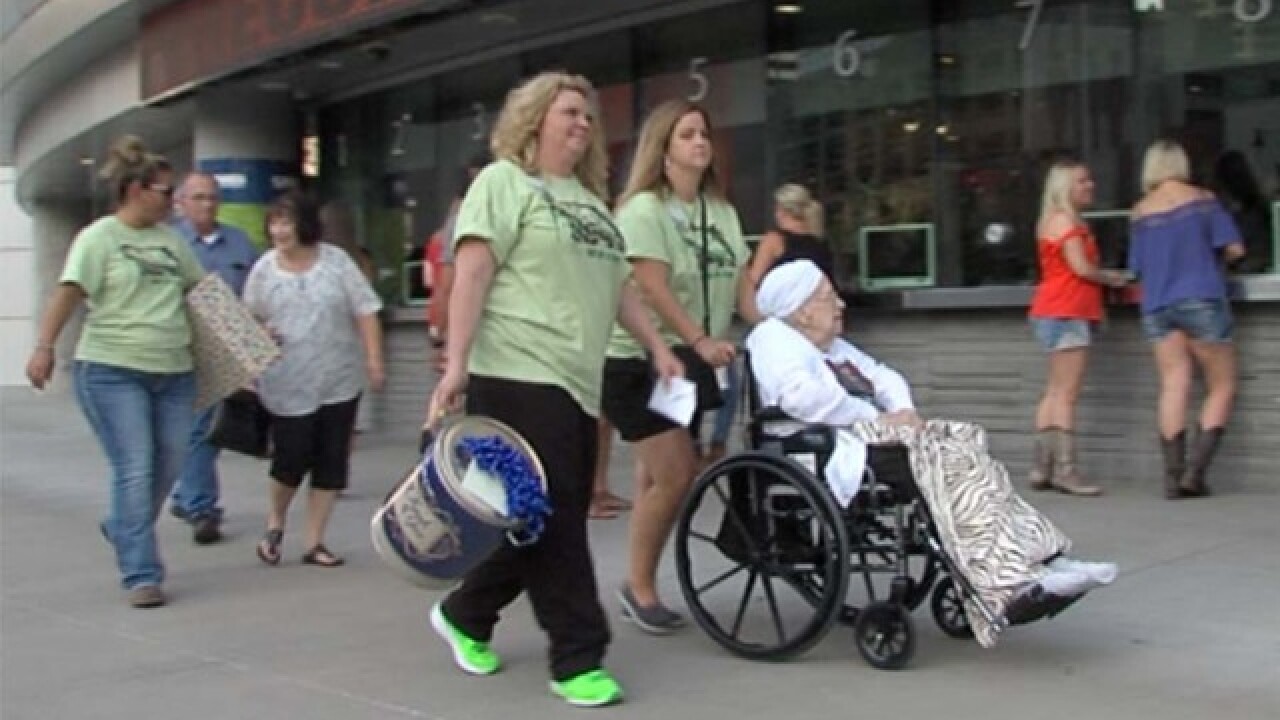 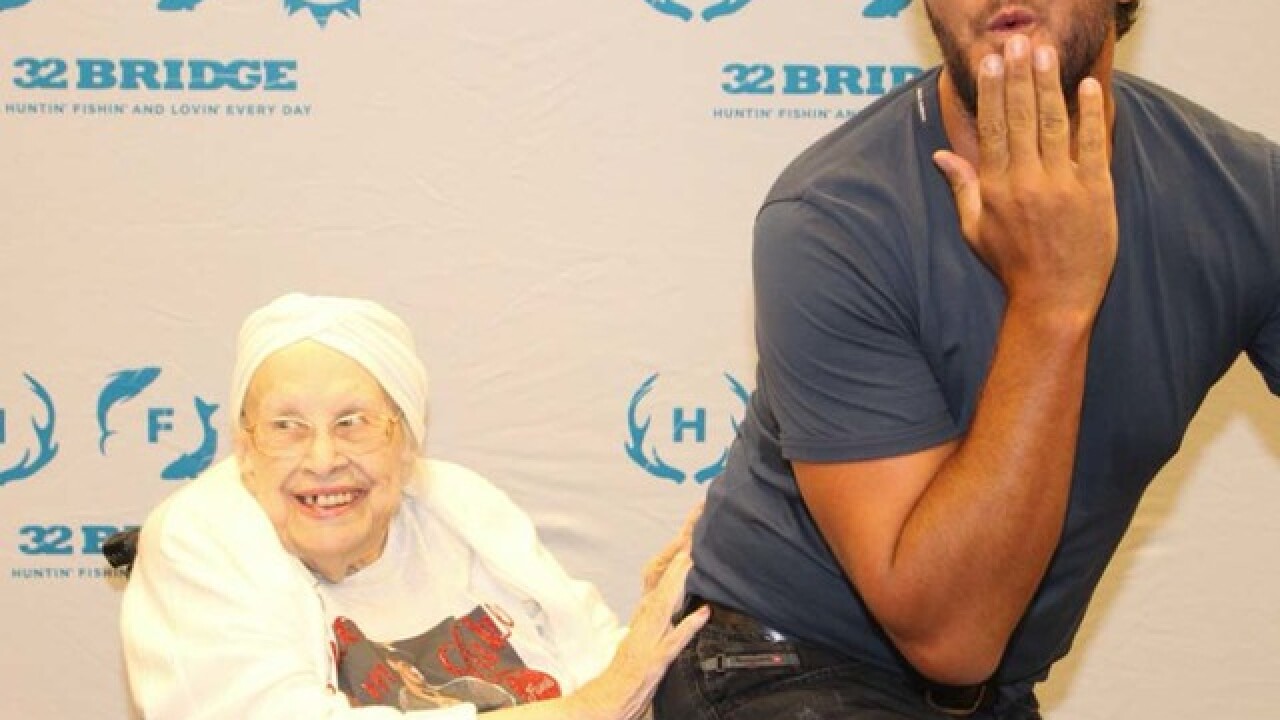 An 88-year-old woman battling a terminal illness got to meet country music star Luke Bryan before his concert at Sprint Center Friday night.

Francis Stanaway, who has been a long-time country music fan, wore a decorated Bryan shirt to the Kansas City show.

"I like the way he keeps up with his music," she explained. "I like all the songs."

Stanaway’s son and daughter-in-law joined her for the event.

Both of them said that Friday's show brought plenty of excitement for Stanaway.

"This is probably the most excited she's been for six to seven months," explained Vincent Sokolaski.

Her daughter-in-law said being able to go to the concert provided a special opportunity for all of them.

"We're excited for her because she used to love country so much before she went to the nursing home," explained Linda Sokolaski. "She doesn't get to experience it much more."

After talking with event organizers, Hospice staff were able to arrange a meet-and-greet for Francis and her family with Luke Bryan before the concert. Francis Stanaway has a terminal illness. She met her favorite country music star, Luke Bryan, through the "Gift of a Day" program. Photo courtesy of LukeBryan.com

By the end of the night, her family said the concert provided a special experience as time with Francis grows in importance.

"It's living your life to its fullest until the very end, that's what I think," explained Linda Sokolaski.

After Bryan celebrated his birthday and turned 41 earlier in the week, Francis also brought along a birthday gift to present to him.

What was inside? A bag of Lay's potato chips (Bryan's favorite pre-concert snack) and a can of his favorite Topsy popcorn.