Peyton is 'embarrassing' the Manning family in funny skit 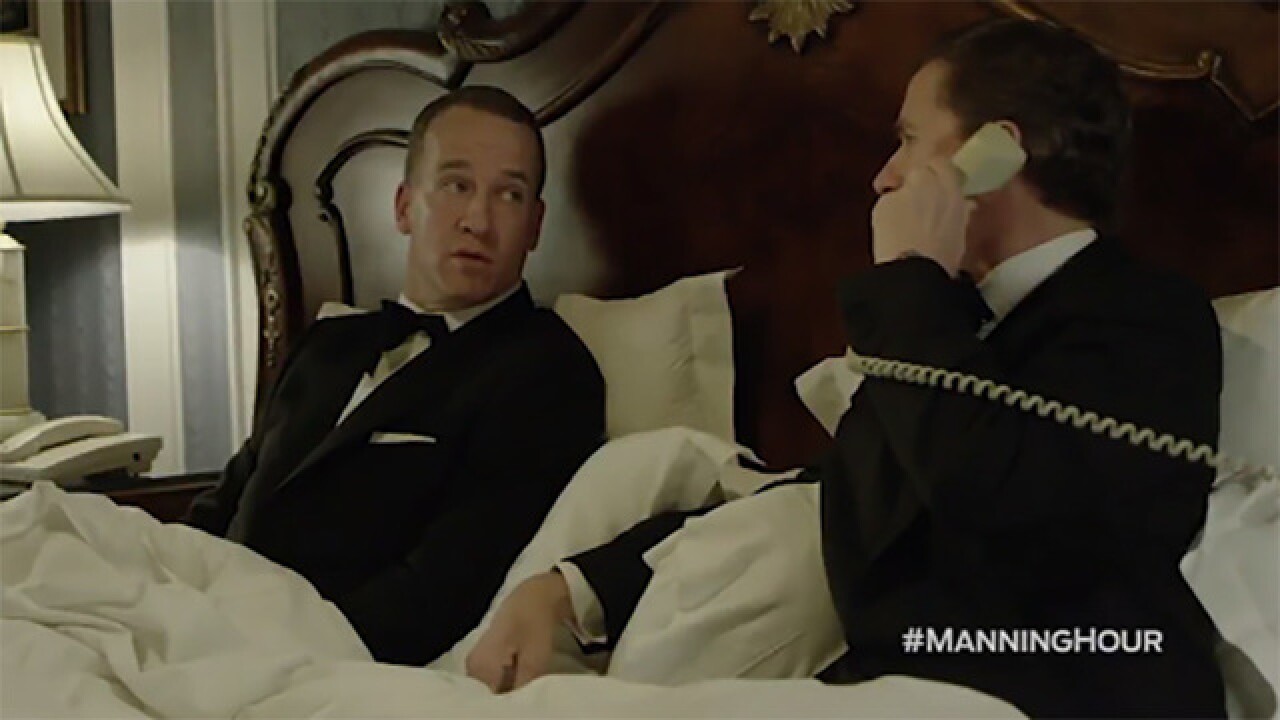 DENVER -- Peyton Manning may have been one of the greatest quarterbacks in NFL history, but ask the rest of the clan what they think of him, and the general opinion seems to be that he's "embarrassing" the family.

At least that's what Cooper Manning, Peyton's older brother, would have you believe in a funny skit released Sunday by FOX Sports in a segment for "The Manning Hour."

In bed and dressed in tuxedos, Cooper confronts Manning after having a little chat with the rest of the family and point blank tells him he's embarrassing them all for being unemployed.

"You're unemployed, you don't have a job, it's embarrassing," Cooper tells his younger brother.

You may remember Manning retired from football after a successful 18 seasons in the league, following the Denver Broncos victory over the Carolina Panthers in Super Bowl 50 on Feb. 7 this year.

Cooper then suggests Peyton get a TV gig, much like himself, except not on a national network like FOX; perhaps something local, like PBS or the "Zoo Channel."

Cooper then gives his younger brother a few lessons on how to be a pro on TV, but fails miserably.

In a moment of payback, Peyton makes fun of his older brother by pointing out how he's glad they're both wearing tuxedos, "so you can hop on my back and ride my coattails like you’ve been doing for the past 20 years.”

At the end of the skit, Cooper suggests they build a fort and invite their younger brother, Eli, to which Peyton replies, "you know the rules: NO ELI’S ALLOWED!"

Watch the skit below:

Peyton is embarrassing the Manning family and Cooper is stepping in to help his little brother! #ManningHour #GoBuckets ! @KFC pic.twitter.com/K7wQWnplIr