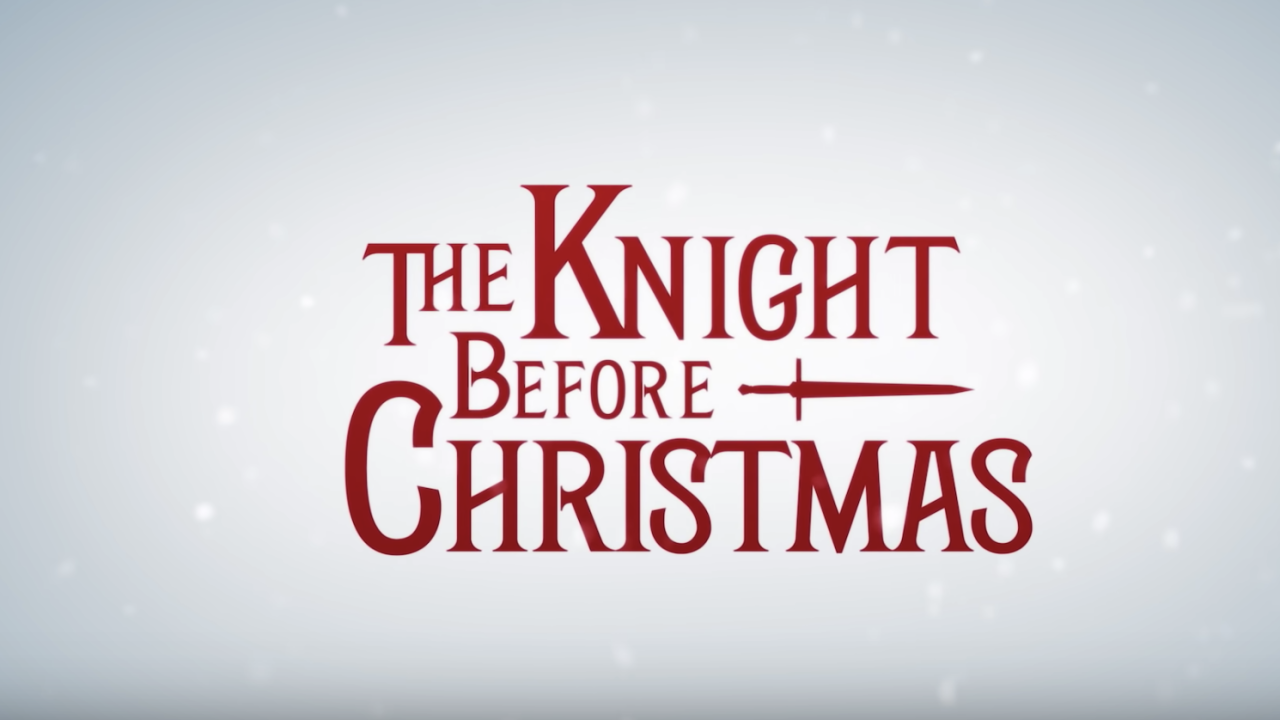 KANSAS CITY, Mo. — Hallmark is the undisputed king of the holiday rom-com, and the comfort of simple pleasures the network provides is undeniable.

Uplifting stories of self-discovery and romance, amazing Christmas decorations in adorably cheery towns and incredibly good-looking C or D list celebrities, what is not to love?

Netflix appears to be challenging the network for a piece of the kingdom. With bigger budgets, more well-known actors and a better diversity of stories, Netflix just may succeed. Here are some of the new offerings from streaming services this year.

The Knight Before Christmas (Netflix)

A 14th-century knight (named Sir Cole) encounters an old sorceress in the woods and because of his kindness toward her, she rewards him with a time-bending trip to present day. If he fulfills his quest, he will find his way back home and gain his true knighthood. In a quaint small town (of course it's quaint) in Ohio, he meets an unlucky-in-love science teacher who takes him in when she believes his confusion is due to a head injury. The two leads, Vanessa Hudgens (The Princess Switch, High School Musical 3) and Josh Whitehouse (Poldark) have good chemistry. Whitehouse gives an endearing performance of a man caught out of time and the film mines a lot of humor out of the situation. Sir Cole has a humorously frustrating argument with Alexa, starts a bonfire in the front yard to cook a skunk for dinner and keeps calling every older woman he sees an old crone. The film is a fun, lighthearted fantasy sure to please the typical rom-com audience. Rating: B-

Holiday in the Wild (Netflix)

Just as her son leaves for college, Kate Conrad’s (Kristen Davis, Sex and the City) husband announces he is leaving her. Faced with an empty house and a meaningless life, Kate decides to take their second honeymoon trip to Africa on her own. Her journey there leads to an encounter with a ruggedly handsome pilot (Rob Lowe) and a detour to a wild elephant sanctuary. There she rediscovers her purpose in life, saving and treating animals, and begins a flirtation/ romance with Lowe’s character. In a rare change of pace for these movies, this story centers on a couple in their fifties who have already lived, loved and lost, but are still yearning for lives of significance and passion. Lowe and Davis deliver quiet, grounded performances and the scenery in Africa is beautiful. Rating: B-

A delightful mashup of Booksmart and Love Actually, the film centers on a group of teenagers making their way to a big party on Christmas Eve. Based on the book by John Green, the story focuses on three relationships: a young woman, putting her life on hold for a sick mother, who meets a Justin Bieber-like teen heartthrob, a gay waitress whose new crush is scared to come out in front of her friends and a childhood friendship that may become something else. The film stars several up-and-coming young actors: Kierman Shipka (Mad Men, Chilling Adventures of Sabrina), Isabela Moner (Transformers: The Last Knight, Dora and the Lost City of Gold),  Odeya Rush (Lady Bird), Liv Hewson (Santa Clarita Diet), Jacob Batalon (Spider-Man), and Joan Cusack playing an eccentric, tin foil wearing character shepherding the kids along their way.  Rating: B+

The film centers on a successful, extremely wealthy radio DJ Rashon “Rush” Williams, played by Romany Malcon (A Million Little Things), and his four spoiled children. When Rush unexpectedly loses his job, the family is forced to downsize their way of life and their holiday plans. Will they be able to find the true meaning of Christmas?  Sonequa Martin-Green (The Walking Dead, Star Trek: Discovery) plays Rush’s business partner and love interest and her vibrant performance uplifts a relatively predictable story. Darlene Love is a welcome spitfire of warmth and humor and sings her signature hit Christmas (Baby Please Come Home) at the film’s end. This movie should be better than it is, but it provides enough holiday cheer to carry it through. Rating: C

Anna and the Apocalypse (Amazon)

This film was released in theaters last year but is so incredibly unique it deserves a mention here. A teenage, Christmas, musical, zombie apocalypse movie, this film is perfect for Buffy the Vampire Slayer fans longing for the good old days.  A group of high schoolers who begin the day worrying about school projects, disapproving parents and the complications of young love, end the day fighting for their lives as a deadly infection spreads through the town. Cast with mostly unknown young actors, imagine a British version of Glee (teenagers bursting into song and dance) with victims running from zombies in the background. The songs are catchy, and the battles are deadly and gory, yet somehow it all works.  This is a wonderfully unexpected holiday treat for a certain viewing audience (you know who you are).  Rating: A

This is Netflix’s attempt at an animated Christmas classic people will return to year after year, and they haven't achieved it. The film begins as the tale of a spoiled rotten young man named Jesper (voiced by Jason Schwartzman) who is sent by his father, as a punishment, to Smeerensburg (a small island near the Arctic) to become their postman. Smeerensburg is a miserable, violent place where the city is divided into two clans who have been at war for centuries.   There he meets Klaus (J.K. Simmons), a gigantic, frightening loner who lives out in the woods with a workshop full of toys going to waste. With entirely self-centered motives, Jesper convinces Klaus to start delivering toys to the desolate children. The story then becomes a very strange origin story of Santa Claus. Delivering presents through chimneys, coal in the stockings of naughty children and even a flying sleigh, all have mundane events that inspire them.  This has the strange effect of draining all the magic out of the myth of Santa. The first half of this film is so dismal and distressing and the character of Jesper so annoying that some viewers may not stick with it, and those with younger children may want to be cautious. Eventually the children’s joy at receiving their presents and the townspeople’s selfless acts of kindness transform the village into a loving and joyous community. The film's animation is gorgeous and a nostalgic return to Disney's 2-D hand-drawn animation of the past. The characters are quirky creations reminiscent of The Nightmare Before Christmas. Unfortunately, the journey through the darkness may not be worth the light at the end. Rating: C

This holiday comedy is a new offering from Disney+, and it’s pretty good. Anna Kendrick stars as Noelle Kringle, a bright, enthusiastic young woman who happens to be Santa’s daughter. When Santa retires, he selects her indifferent, unmotivated brother Nick (Bill Hader) as his replacement because he is a man and well that’s the only reason why. It just so happens Noelle may be more magically gifted than anyone in her family realizes. There are several very funny people in the film: Hader, Kendrick, Billy Eichner, Shirley MacLaine, and Julie Hagerty. With a cast that talented, whimsical sets and costumes, and an imaginative story (with a feminist message), Noelle is a satisfying confection for the season. Rating: B