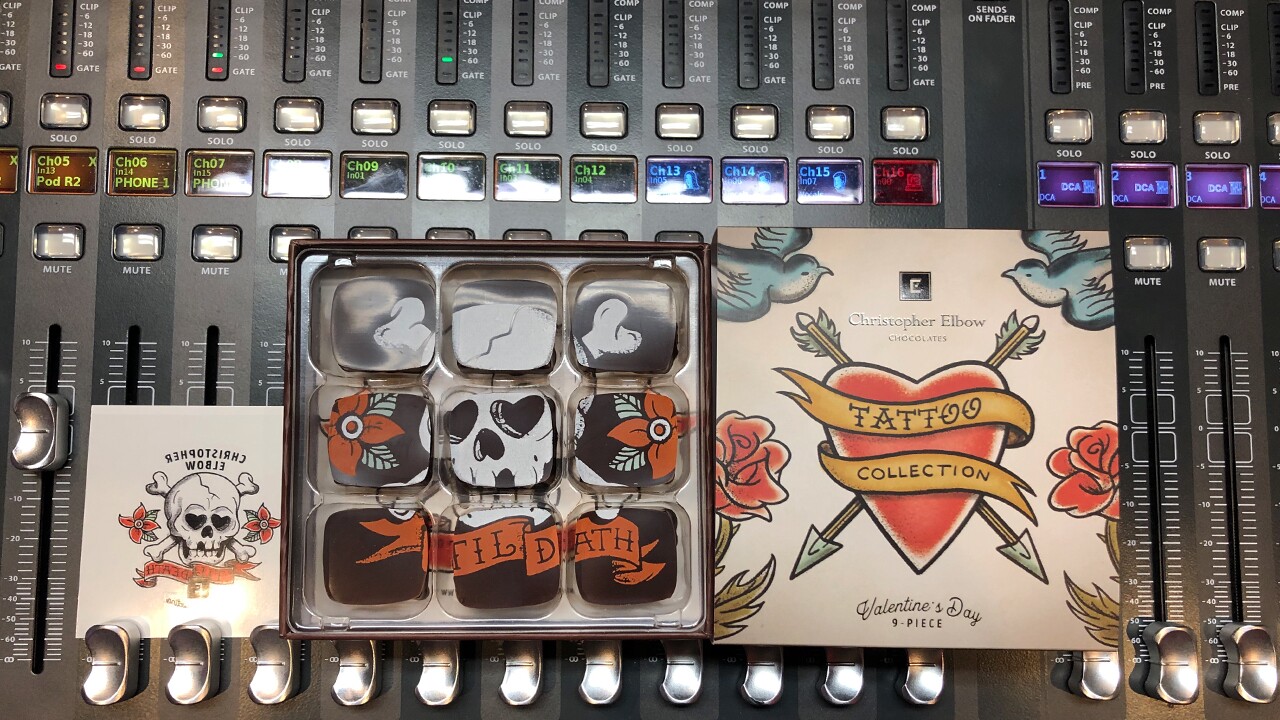 Copyright 2019 Scripps Media, Inc. All rights reserved. This material may not be published, broadcast, rewritten, or redistributed.
Hailey Godburn

Christopher Elbow could have been an architect. We think we speak for all of Kansas City (and beyond) when we say "Thank goodness!" that's not the case.

Elbow, who makes chocolates so good words fail to describe them, started his career at The American. He began experimenting with the chocolates sent to guests with their checks at the end of their meal. Many of them often asked if they could buy his chocolates to take home.

When he began to grow tired of the restaurant industry, and considered going to school to become an architect, he decided to give chocolate a go for just one year.

That one year grew into a decade, and now Christopher Elbow Chocolates is in its 16th year.

He plans to open Fairway Creamery at 59th and Mission in early May. It will be housed in the old Sinclair gas station, which Elbow said has inspired a more nostalgic feel in both atmosphere and product.

Elbow plans to serve old-fashioned, cake and filled donuts with a full-service coffee bar in addition to ice cream at Fairway.