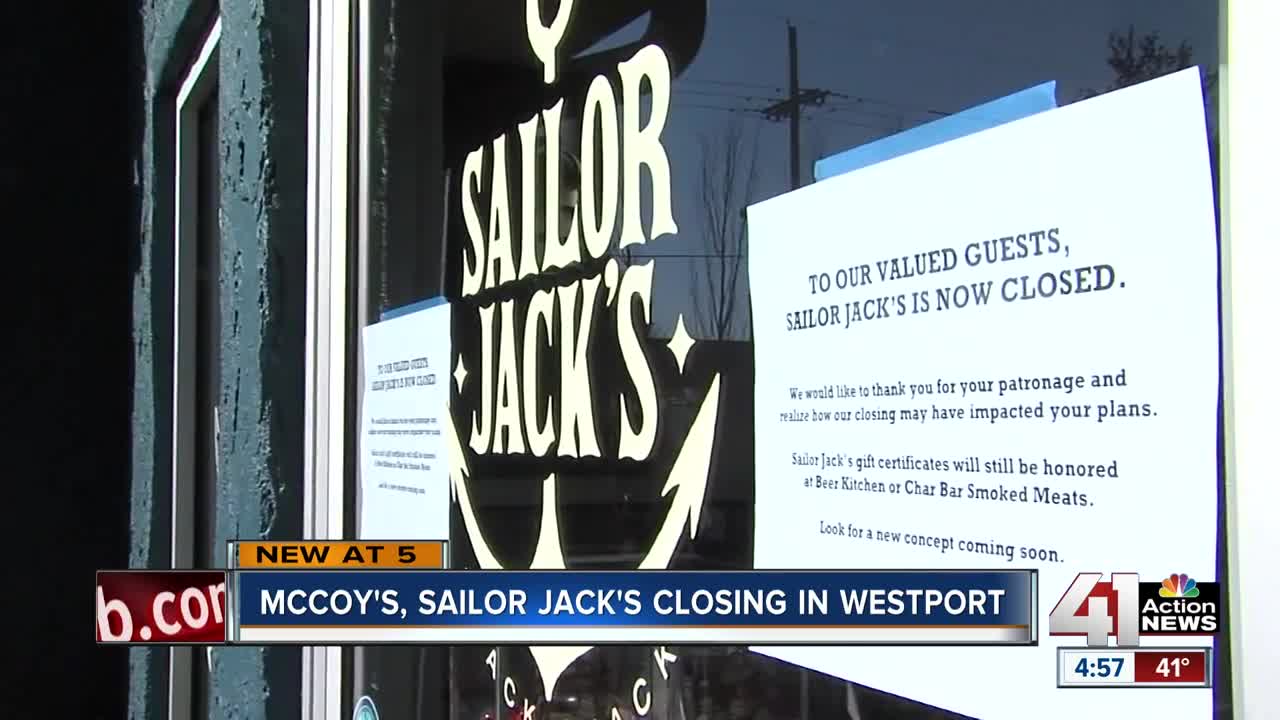 Two restaurants in the heart of Westport are outward bound. 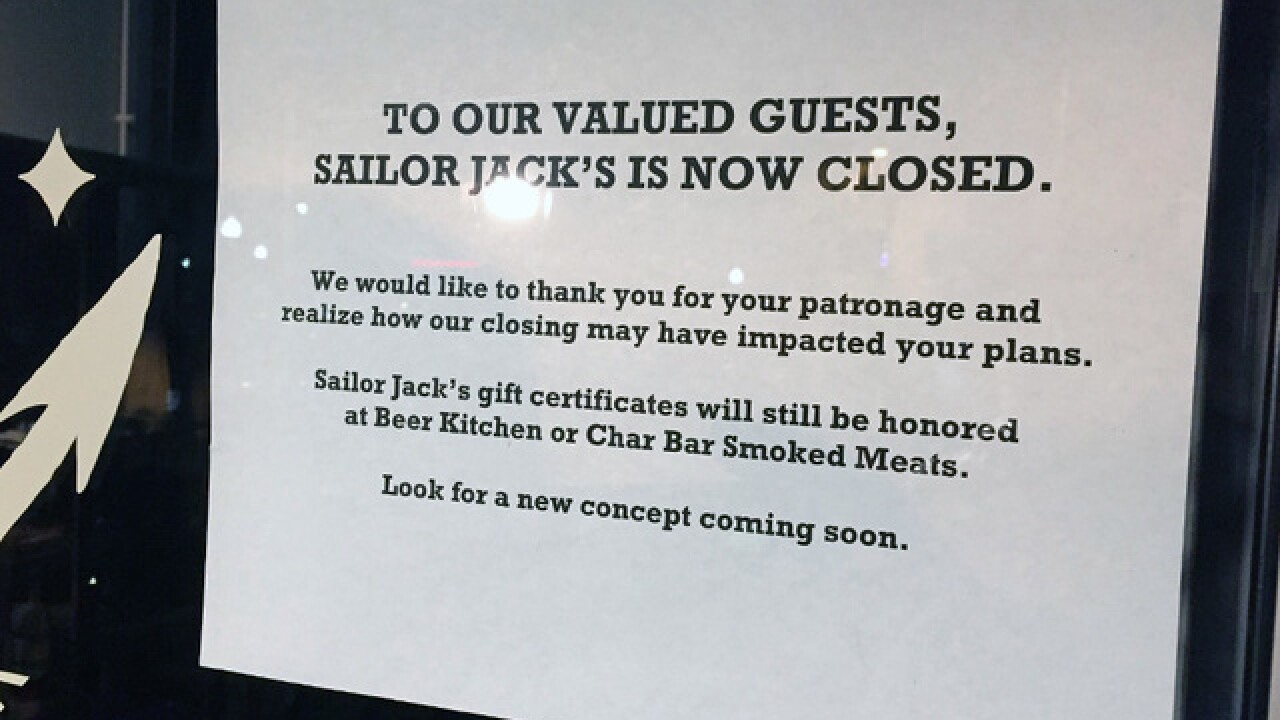 KANSAS CITY, Mo. — Two restaurants in the heart of Westport are outward bound.

In a sign posted on their door, Sailor Jack’s “snack shack” said it is closed, effective immediately.

“We had just started to enjoy Sailor Jack’s so that's sad," Cindy Augustine, a customer said.

It's the same story next door at McCoy's Public House and Brewery. They will serve their last meal on Dec. 23.

“I know that it's a pretty big staple here in the Westport area so I can see that creating, not an uproar, but some disappointment from a lot of people,” Mitch Case, a customer said.

McCoy’s has been in business at the corner of Westport Road and Pennsylvania Avenue for 21 years.

“Well when I moved to Kansas City in '98, it was here so it definitely has been a staple for me,” Augustine said.

“After 21 years in business, McCoy’s Public House and Brewery will close its doors on Sunday, December 23rd, 2018.  Unfortunately, market conditions and the competitive brewery environment have made it difficult to continue.  We wish to thank the community for their patronage. It has been an honor and privilege to serve in a place that has brought so much joy to so many people’s lives in this city.  We owe all of our employees an enormous debt of gratitude for building an environment that has consistently produced excellent food, warm hospitality and award-winning craft beer for over two decades. Please visit McCoy’s over the next two weeks to celebrate this legacy and help support our staff as we find these enormously talented people new opportunities.  Our other Westport concepts, Beer Kitchen& Char Bar Smoked Meats are doing well and we look forward to their continued success. We love this neighborhood and urge Kansas City to support the fantastic locally-owned restaurants and businesses of Westport.”

Owner of Papa Keno's Pizzeria across the street, David Hawley, told 41 Action News business slows down this time of the year.

"We're all managing margins, labor, food costs, things like that and if the sales aren't there things can catch up with you pretty quickly,” Hawley said.

He adds the recent upgrades in security around the entertainment district hasn't helped their bottom line.

"I still think that there's some adjustment that needs to be made to figure out how it's going to work long-term with the customers coming in,” Hawley said. "It's just sad that they didn't make it through that to see things through and see it on the other side.”

McCoy’s owners said they're working with their employees to help them find jobs at other places.

As for the future, the sign at Sailor Jack’s points to a new restaurant concept in the future.

“If that's the case, then I'm sure they'll be able to come back in with something new that will hopefully—I don't know—excite the people in Westport,” Hawley said.