How to get that perfect ugly Christmas sweater in Kansas City 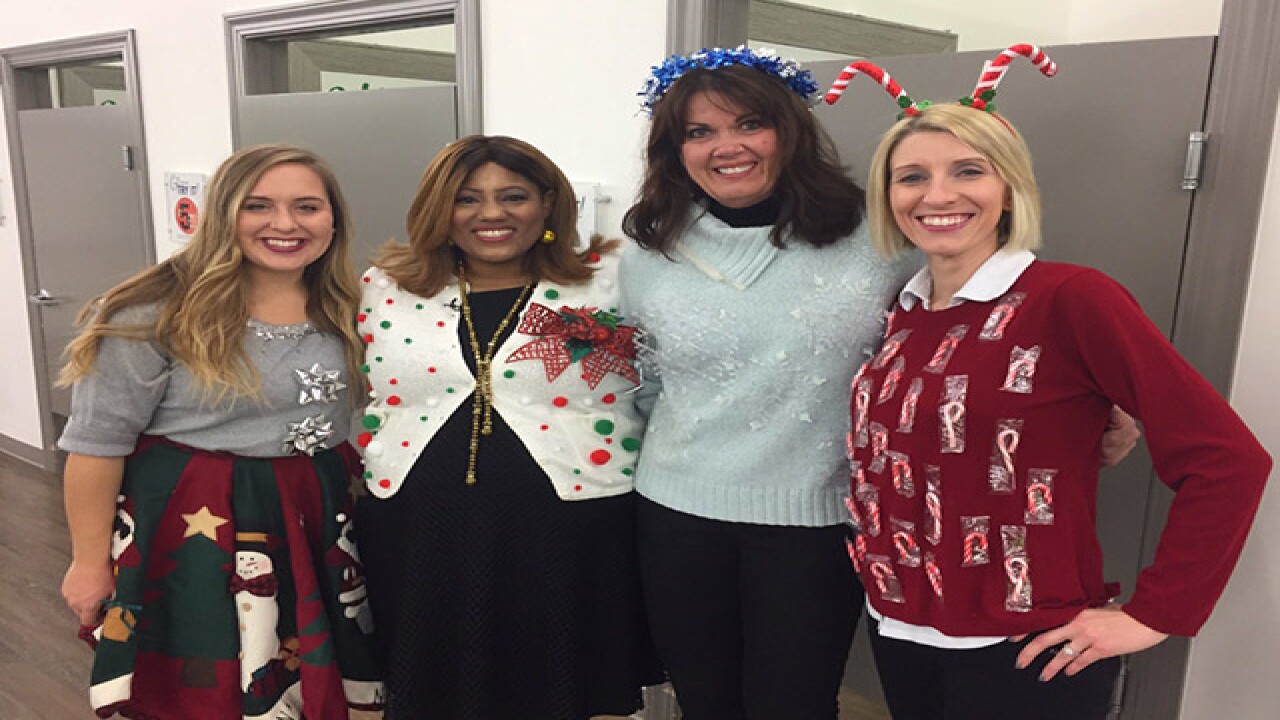 You know that old saying “One person’s trash is another person’s treasure?”

Well, one person’s “ugly” sweater could be another person’s fashion statement.

While sweaters, as a garment, have been around in the United States since the 19th century or so, the ugly Christmas sweater tradition seems to have sprouted up about 2001.

Actually, our neighbor to the north, Canada, Vancouver to be exact, claims to be the site of the first ugly Christmas sweater party in 2002.

Even Jimmy Fallon gets in on the act with his 12 Days of Christmas Sweaters bit.

But, if you are heading for your own ugly sweater party or just want to be a festive reminder of the season to all you may encounter, Goodwill is the place for you.

Klassie Alcine and her troupe of Holiday Clad Elves joined us early Tuesday morning at the Goodwill store north of the river, just off Oak.

According to Klassie, while you could spend upwards of $50 on an ugly sweater kit online or at some other store, here at Goodwill, their sweaters are $3.99.

All you add is your imagination.

Take some garland, ornaments, pipe cleaners and a little glue, and you’re ready for anything.

At the same time, buying at Goodwill means you’re helping others with meaningful work and so many other community outreach programs.

They even had a sweater ready for a broken down old TV yahoo.

It was a cardigan number.

Just imagine if Mr. Rogers had run full speed into a decked out Christmas tree.