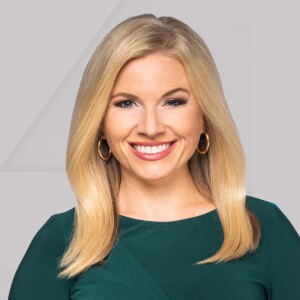 On the 75th anniversary of the liberation of Auschwitz, Sonia Warshawski shares her story of tragic loss and survival. The Holocaust survivor, who now lives in Overland Park, says she keeps speaking out in memory of those who did not survive.

On Monday, about 200 Holocaust survivors will return to Auschwitz-Birkenau to mark the 75th anniversary of the liberation of the deadliest Nazi extermination camp, where more than 1 million people — most of them Jews — were murdered.

In total, an estimated 6 million Jews were killed during the Holocaust. According to the Midwest Center for Holocaust Education in Overland Park, about 100 survivors live in the Kansas City area today.

Rockhold says many of the survivors in Kansas City were imprisoned at Auschwitz, including 94-year-old Sonia Warshawski, who lives in Overland Park. These days, Warshawski can still be found working at John’s Tailoring and Alterations near 95th Street and Nall Avenue. The shop is named for her late husband, who also was a Holocaust survivor.

“When I came out from this terrible hell, I could not talk about it for a long time,” she says.

Then one day, while listening to the radio, Warshawski heard about Holocaust denial.

“This was just an awakening for me,” she says. “Like a thunder to my brain saying, ‘Sonia! This is the reason you survived! You cannot keep quiet!’”

For years now, Warshawski has been speaking to various groups of students and prisoners, even telling her story in a documentary, to share the horrors she witnessed in memory of those who did not survive. In her own family, she experienced tremendous loss: While Warshawski survived three concentration camps, her mother did not. The day after her mother was killed at Majdanek, Warshawski was sent to Auschwitz.

According to Rockhold, of the six death camps in the Nazi system, Auschwitz was not only the biggest physically, but it also had the largest population. Auschwitz served as both a concentration and extermination camp and had more than 50 slave labor facilities.

She says that Auschwitz has become a symbol of the Holocaust because for the most part, it was not destroyed by the Nazis and was mostly physically intact when it was liberated. 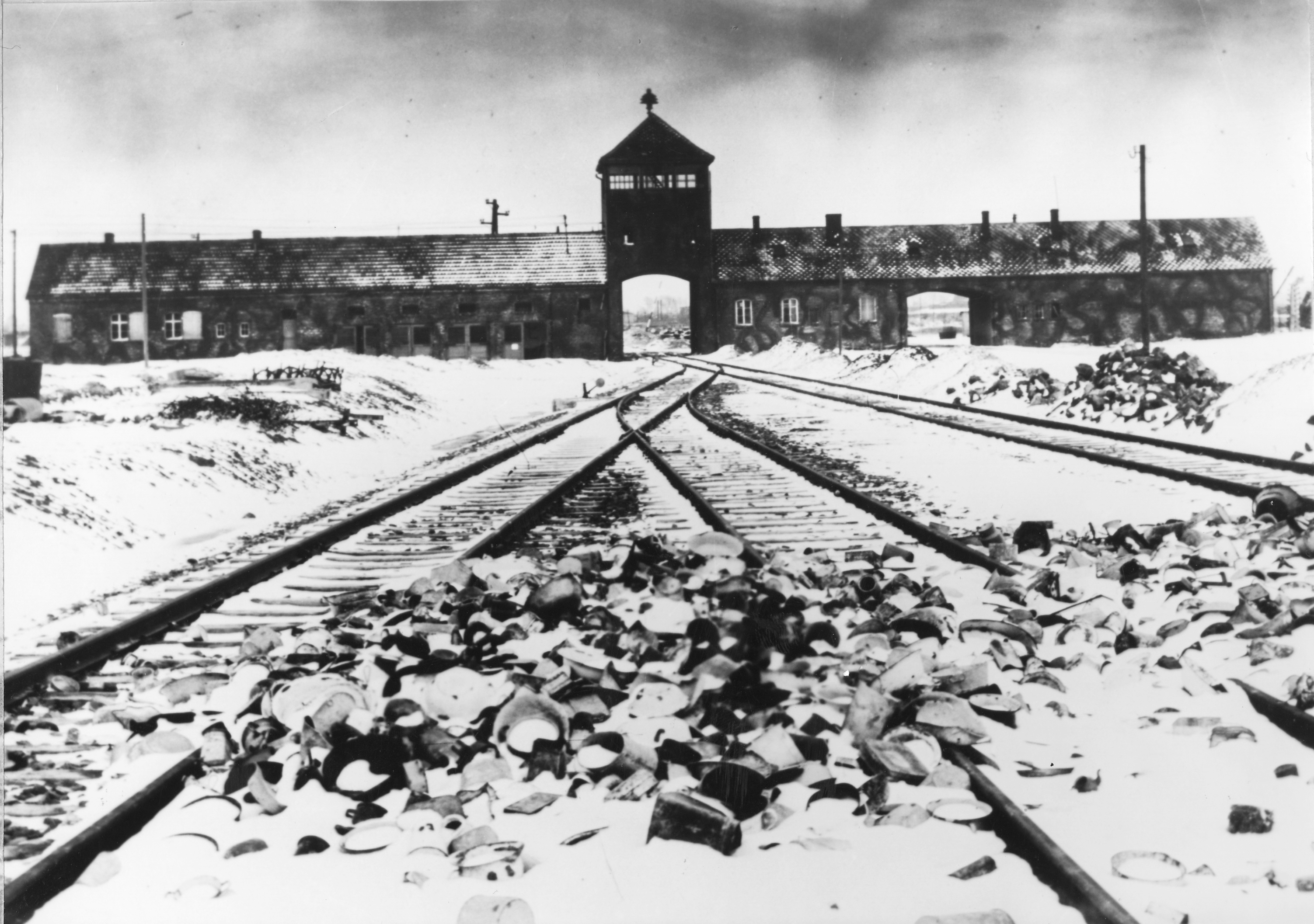 This February/March 1945 file photo shows the entry to the concentration camp Auschwitz-Birkenau in Poland, with snow-covered rail tracks leading to the camp. (AP Photo/Stanislaw Mucha, File)

Warshawski was not at Auschwitz when Soviet soldiers came to liberate the camp on Jan. 27, 1945. She and most of the other prisoners had already been sent on a death march to a train that would take them to another camp.

“It was a death march, believe me,” Warshawski recalls. “They were running us like cattle, the bullets over us faster and faster.”

Rockhold says the Nazis knew the camp was about to be liberated and rushed to evacuate. By the time the Soviets arrived at Auschwitz, “it was mostly deserted,” she says.

Warshawski’s story of survival and tragic loss spans decades and countries. She lost many family members in the Holocaust, including her mother, father and brother. Her sister survived and now lives in Israel.

Today, she wants to share her experiences with others to make sure that what happened is not forgotten. In the videos below, she describes in her own words how her family was captured and the horrors they lived through next. 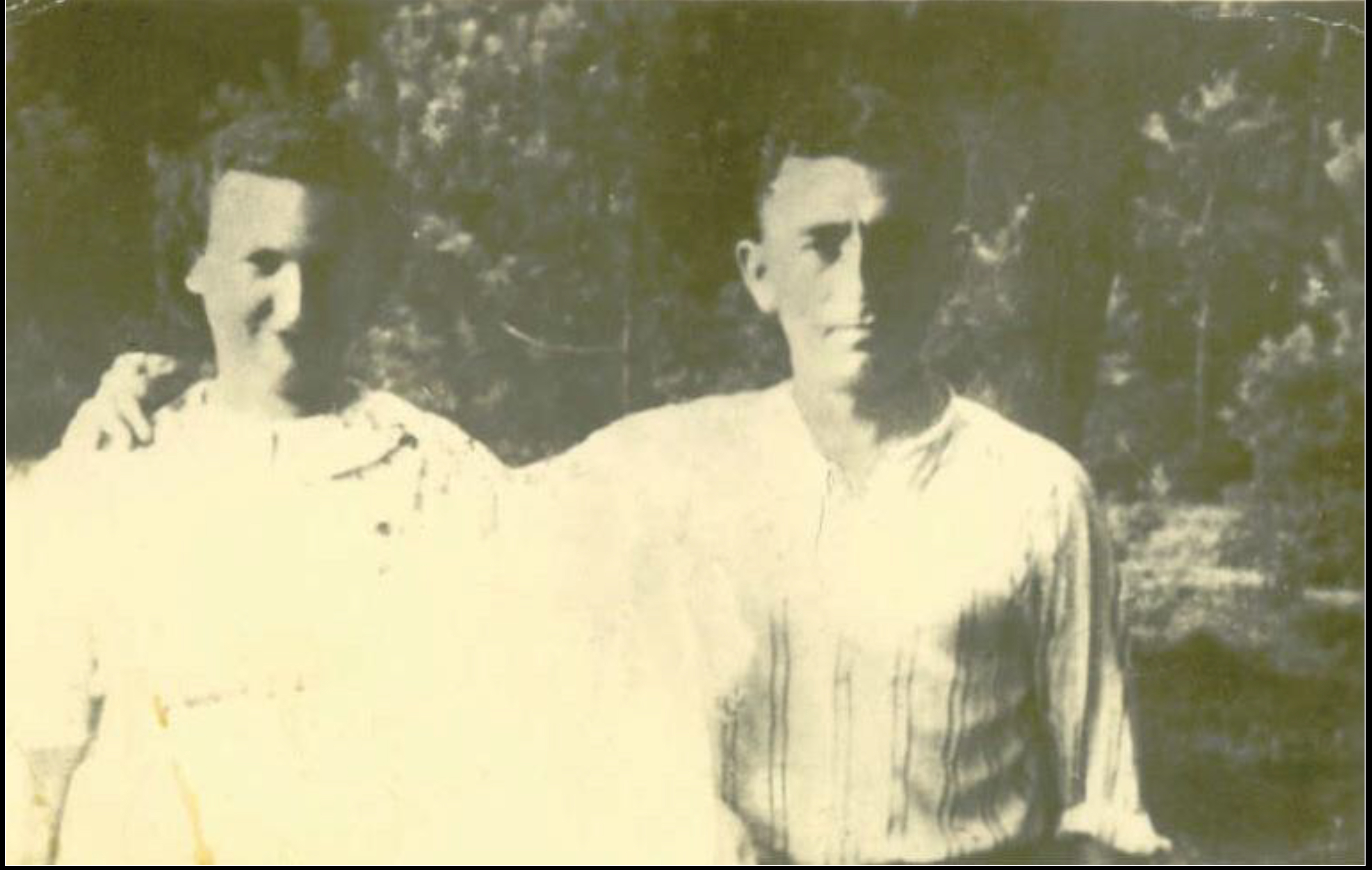 Sonia Warshawski’s parents were both killed during the Holocaust. (Provided photo)

The SS found Sonia’s family in hiding. “This time they came with German Shepherds,” she says. “They sniffed us out.” They all believed they were about to die, but her father and sister were able to escape.

“People were dying of thirst,” Warshawski says about the deadly conditions aboard the train on the way to a death camp. Warshawski says she had to stand on dead bodies to reach a window and pay someone for water with money hidden in her boots.

Warshawski still remembers the final words of two young girls who were hanged at the camp: “Never forget, take revenge!” SS female guards forced the prisoners to watch their deaths.

Warshawski and her mother were taken to Majdanek, a Nazi death camp. She describes the horror of her mother being selected for the gas chamber.

In Auschwitz, Warshawski says she narrowly escaped selection for the gas chamber twice. The first time, she dove under a pile of clothes, and a guard tried to find her in the piles with his bayonet.

Warshawski has a number tattooed on her arm from Auschwitz. Getting your number written down meant death, she says.

Prisoners worked amid the human ashes

Warshawski still remembers certain details of her experiences in the death camps vividly, especially those involving children. She says one memory in particular will stay “with me all my life, until I die.”

One day in the spring, she was working near the crematorium when she saw two open trucks driving in their direction.

“From far away they looked like little geese. When they came a little closer, little tiny children, they took them out from a special place,” she says. “They were all wearing white little shirts. In a little while, they pushed them out, like you know, you pull out potatoes. And then you see, you see the horrible, horrible … First you see a fire coming out, and then the smoke.”

Prisoners at Auschwitz had to use ash from the crematorium for fertilizer in the fields. It was a harrowing experience. “Even the crematorium couldn’t burn little tiny bones,” Warshawski says.

But no matter what, prisoners had to try their best to keep from showing emotion. “You had to be still calm, not to cry, because he could shoot you right there,” she says.