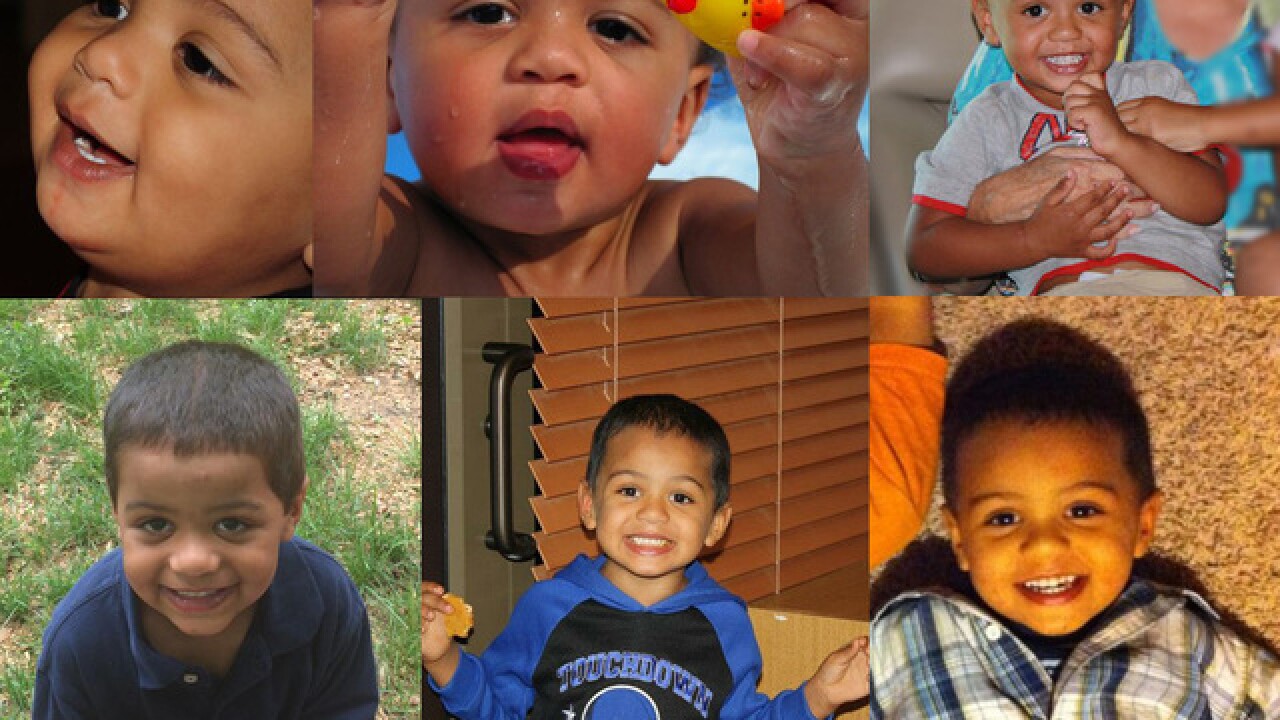 While it’s been nearly two years since Adrian Jones was tortured and ultimately killed by his father and stepmother, little is known about what the State of Kansas did or did not do to protect him.

In 2012, the Kansas Department for Children and Families removed Adrian and his siblings from their biological mother’s care.

The 7-year-old’s grandmother, Judy Conway, wanted custody of the children.

Instead, the state gave custody to Adrian’s father, Michael Jones.

She often wonders what Adrian’s life would have been like if things had gone the other way.

“We live in pain and agony every day, wondering what could've been done, who could've stepped up to the plate more,” she said.

Fighting for the truth

Conway has been fighting with DCF for her grandson’s records since his death in 2015.

“I truly believe that there’s been numerous calls to DCF [before his death],” Conway said.

After the 7-year-old died, the 41 Action News Investigators spoke to several people who said they contacted DCF before Adrian was killed.

A former employee of Adrian’s father and stepmother said she witnessed the young boy being abused when he was forced to stand for hours with his hands in the air.

She also said Adrian was often hungry and forced to eat plain oatmeal while his six sisters living in the house were given McDonald’s.

Conway said Michael and Heather Jones, Adrian’s father and stepmother, wouldn’t allow her to see Adrian or his siblings in the months leading up to his death.

She told the 41 Action News Investigators she contacted DCF twice to find out what her rights were as a grandparent.

Now, nearly two years after Adrian’s death, she thinks the department failed Adrian. But she can’t prove it -- the agency refuses to give her Adrian’s file.

“That has just blown my mind -- made me really terribly angry,” Conway said.

Dianne Keech, former deputy director of DCF, said she’s appalled by the lack of transparency from the agency.

“It’s unconscionable.  When there’s a child death and that child has had a history with DCF, that information needs to go to the family and the public and that agency needs to be held accountable,” Keech said.

After nearly two years on the job, Keech said she quit the department because of how it handles cases like Adrian’s.

“I've personally reviewed numerous deaths in Kansas where we've missed it,” she said.

Keech told 41 Action News Investigators child death cases are often kept secret from the public. She said during her time at the department, the agency’s attorney directed her to keep information from the public’s reach.

“She [the attorney] didn't feel like we should document anything related to a child death. She wanted to only have verbal conversations over the phone,” Keech said. “If we took handwritten notes we were instructed to shred them afterwards.”

The 41 Action News Investigators made several requests to the department for Adrian’s records. Each request was denied.

We also asked to meet with DCF Secretary Phyllis Gilmore about Adrian’s case.  But the agency denied those requests too.

Laws relevant to the case

A judge sealed Adrian’s files.  But in 2004 Kansas enacted a law stating when a child is killed or nearly killed from abuse, the files become public record.

(f) (1) Notwithstanding any other provision of law to the contrary, except as provided in paragraph (4), in the event that child abuse or neglect results in a child fatality or near fatality, reports or records of a child alleged or adjudicated to be in need of care received by the secretary, a law enforcement agency or any juvenile intake and assessment worker shall become a public record and subject to disclosure pursuant to K.S.A. 45-215, and amendments thereto.

Despite the law, the 41 Action News Investigators discovered information is rarely released in those cases.

Since the law took effect, 15 media requests for information pertaining to a child’s death or near death have been submitted. DCF has fulfilled only two.

Because the department rarely releases information in those instances, there’s no way to know if the agency responsible for ensuring the safety of children in Kansas is doing its job.

We asked DCF about Keech’s claims. In addition to denying our interview requests with Secretary Gilmore, department spokeswoman Theresa Freed refused to answer our questions in person or on the phone. She would only reply via email, and she denied Keech’s claims. Read Freed’s responses below.

These emails between 41 Action News Investigator Jessica McMaster and Kansas Department for Children and Families spokeswoman Theresa Freed are related to the abuse death of Adrian Jones in 2015. McMaster asked Freed about those claims; her questions are in blue and Freed's answers are in red.

While waiting for her grandson’s records, Conway has started a petition to get Adrian’s file released.

41 Action News Investigators have learned there was another adult living in the Jones home during the time Adrian’s parents abused him.  See our confrontation with him in Part 3 of our series.