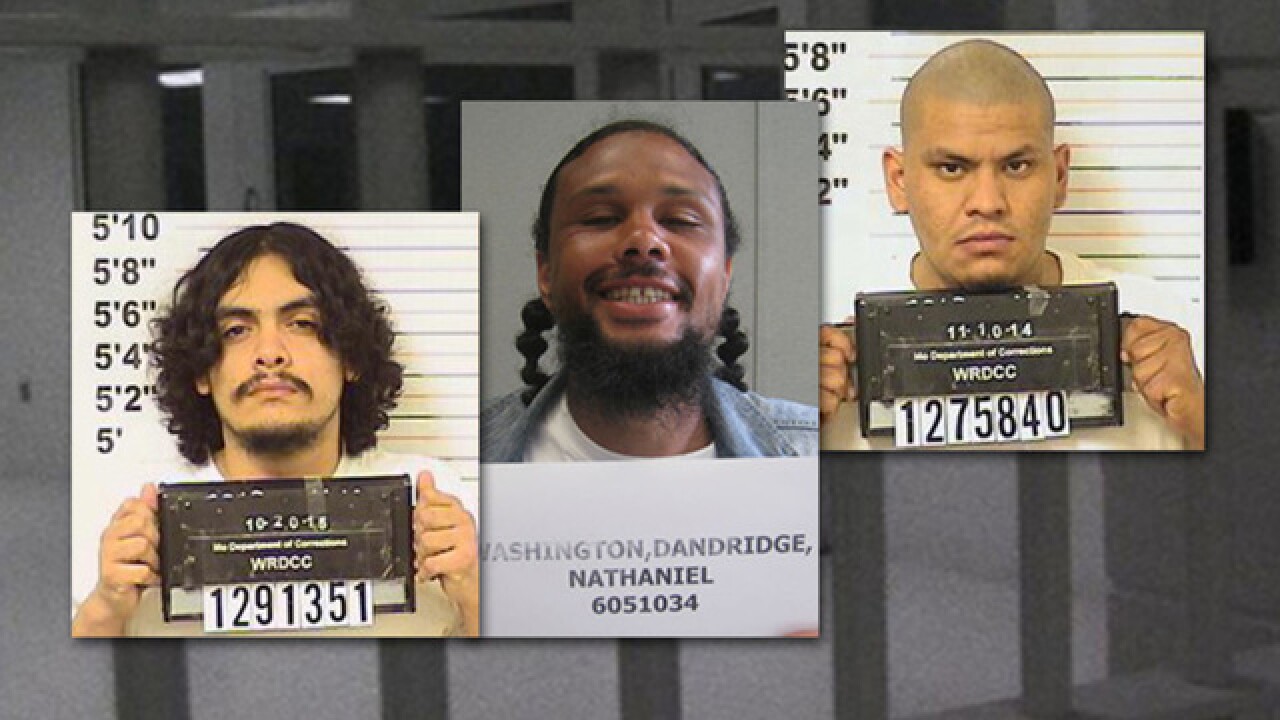 KANSAS CITY — Millions of taxpayer dollars are winding up in the hands of criminals across the Kansas City metro.

Since 2012, the Kansas City Police Department has paid out at least $5.9 million in excessive force settlements.

After reporting on two cases that resulted in large payouts, the 41 Action News Investigators wanted to know how much money the city spends when a police encounter goes too far.

In response to a Sunshine Law request, KCPD supplied 41 Action News with a list of settlements the department has paid out in the past five years.

In all, the list shows KCPD has settled 14 cases of excessive force.

But there may be more than 14 cases. KCPD redacted some settlement information because courts sealed the records.

It began in 2009 with a report of domestic violence and gunshots in Kansas City, Kansas.

When Kansas City, Kansas police arrived on the scene, they spotted Dandridge Washington, a 26-year-old felon with a long rap sheet, sitting in an SUV.

Washington took off and led police on a high-speed chase.

However, when the chase crossed state lines into Missouri, KCK police officers ended their pursuit.

It ended back in KCK after Washington stepped out of his vehicle and took off running. Washington eventually surrendered to police.

The 41 Action News Skytracker helicopter caught the arrest on camera.

It also captured a KCPD officer, later identified as Jacob Harris, repeatedly punching Washington after he was placed in handcuffs.

In October 2013, KCPD officers pulled over a vehicle after someone reported it was stolen from them at gunpoint.

The suspect, Alfredo Ponce, resisted arrest and can even be seen punching an officer on dashcam video.

Once on the ground, Ponce continued to resist police.

Minutes after Ponce was placed in handcuffs, officer Carl Counti can be seen repeatedly punching Ponce.

A mugshot shows Ponce had a black and swollen eye following the arrest.

In November 2014, Ponce was sentenced to 12 years in prison for robbery.

Officer Counti was charged with misdemeanor assault and placed on probation. Counti is no longer with the department.

In 2014, KCPD responded to a call for armed robbery.

Dashcam video shows police pull up to the suspect, who is on foot and almost immediately drops to the ground.

After Palacio was placed in handcuffs, officer Shannon Hansen can be seen punching him.

You can also hear Hansen and another officer threatening Palacio.

Palacio was sentenced to 4 years in prison for stealing.

Hansen left the department shortly after the incident, though KCPD can't confirm why.

KCPD's most expensive settlement was with a man who was not charged with a crime for the incident in which he was hurt, although he does have a criminal record.

In November 2013, KCPD officers were investigating a carjacking.

Dashcam video obtained by 41 Action News Investigators shows the officers approaching the car, which was parked in an alley.

The officers began inspecting the SUV with flashlights but don't appear to see anything. The windows of the SUV were tinted.

Minutes later, the video shows Lora backing up and then moving the car forward.

At this point, police start firing shots at the car.

Officers reported hearing gunshots prior to firing their weapons, according to a police report.

However, a gun was never found on Lora.

Lora's attorney said the car was loaned to his client, adding the report of a carjacking was "erroneous."

Lora was paralyzed as a result of the arrest. He received a payout of $4.8 million.

The officers who shot Lora are identified as Dakota Merrill and Shane Mellot. They are both still with the police department.

"They're making a lot of bad
decisions that are injuring people"

Smith sat down with the 41 Action News Investigators to discuss Lora's case.

Over the course of his career, Smith said he's handled dozens of lawsuits pertaining to excessive force.

"The department has to pay a lot of money because they're making a lot of bad decisions that are injuring people," Smith said. "My client will never walk again. My client is confined to a wheelchair. There's no amount of money that will bring back your legs."

Smith said in his client's case, the officers reacted too quickly and with too much force.

"Within six seconds, they started firing their weapons," Smith said. "These officers, I don't think, are sufficiently trained."

All of the settlements took place before Smith was appointed chief.

While he couldn't discuss specific cases, Chief Smith said the cases don't represent the department as a whole.

"Individually, when you look at certain instances as pointed out by some of these cases, someone had deemed there's a problem," Chief Smith said. "There's probably a million or more contacts with the public during that period of time."

"We have built-in oversight to make sure that when force is used, it's used correctly," he said. "Our policy is, on almost every contact, there's two officers there."

Already this year, Chief Smith said he's taken a look at some instances where an officer fired his or her weapon.

Chief Smith said the department uses each case as a learning experience and to see if additional training is necessary.

Still, Chief Smith said there are some things that can't be prepared for.

"We have to bring calm where there is all kinds of chaos going on," he said. "When you do that, things are going to happen."

As for the $5.9 million spent over the past five years settling cases of excessive force, Chief Smith said he wants to change that.