New Bud Light Drink Has Tapatio Hot Sauce In It 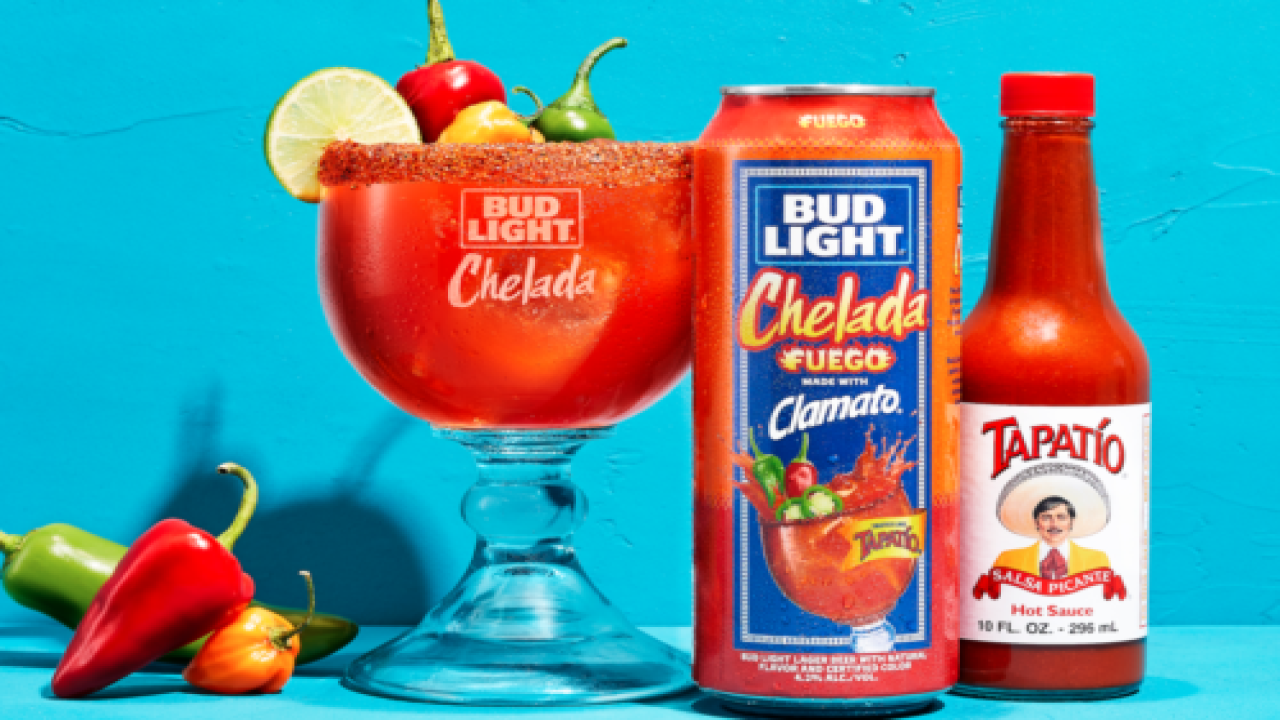 There are three kinds of people when it comes to hot sauce: those who can’t stand it, those who eat it on a few things, and then the aficionados who carry their own bottle so they can put it on anything they want.

If you’re the latter and also happen to be a beer fan, Bud Light has a brand-new drink just for you: Bud Light Chelada Fuego, made with Tapatio hot sauce! Yes, there is hot sauce in this beer. Bud Light tells Simplemost the new Fuego drink has received the seal of approval from Tapatio, who says it tastes just like their sauce.

Bud Light Cheldada Fuego is the fourth addition to the brand’s Cheldada line, which also includes original, lime and mango. Each Cheldada beer is infused with tomato cocktail Clamato, but Fuego is the only one that is spicy. You can find all four varieties in stores nationwide.

The Cheldada drinks are similar to a cocktail you can make yourself called a Michelada, which is traditionally a mix of beer, fresh lime juice, hot sauce and Worcestershire sauce. If you want to try your hand at making one, Clamato has a Michelada recipe that also calls for Tajín seasoning, which is a blend of chile peppers, lime and salt. If you really want it spicy, they also have a spicy Michelada recipe and one with pineapple if you like your drinks on the tropical side.

Coors Light also has a recipes for popsicles that combine a paleta, or Mexican-style ice pop, with a Michelada. All you need for the Coors Light Palecheladas, aside from Coors Light, of course, is salt, lime juice, hot sauce, Worcestershire sauce and a chili salt blend.

If you don’t want to make them yourself, Modelo makes a canned drink called Chelada Tamarindo Picante, which is made with beer, tomato, salt, and lime, plus tamarind and chipotle peppers.

Depending on where you live, you can also find some similar canned drinks from other brands, like Estrella Jalisco Mango Michelada from Golden Road Brewing and a Michelada Fiesta Pack from Tio Rodrigo.

Will you be trying Bud Light’s new Chelada Fuego?