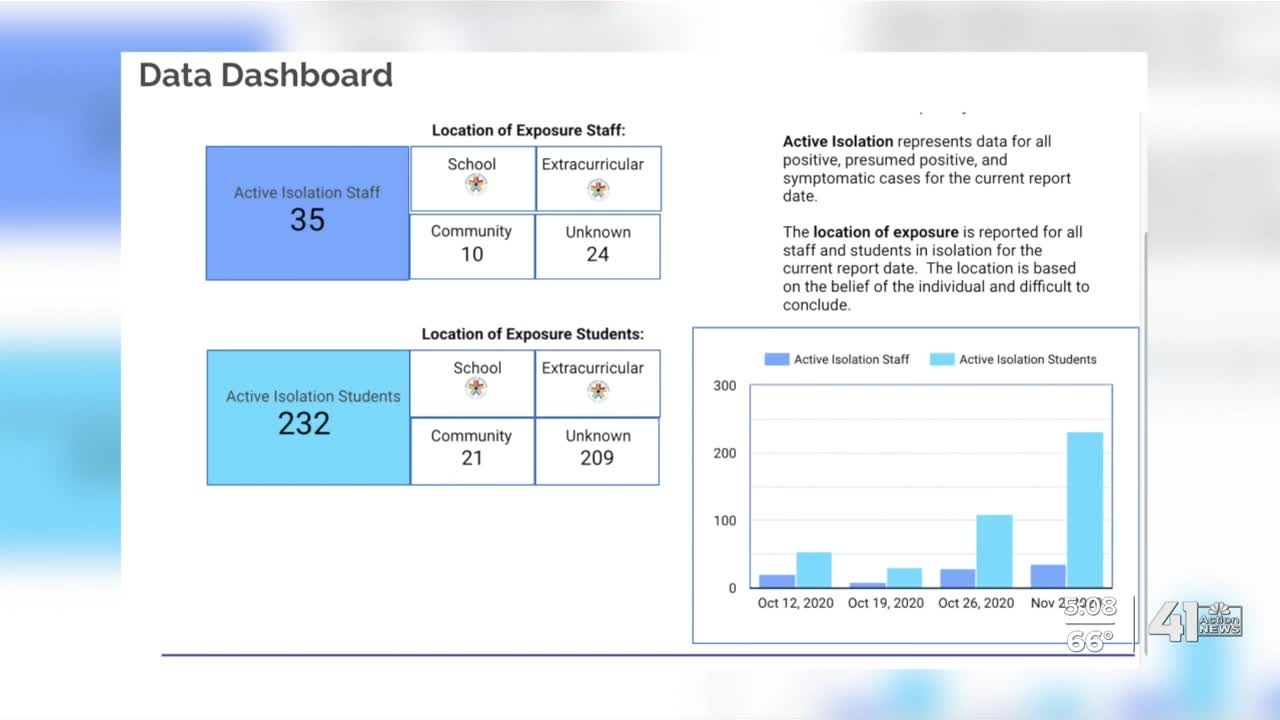 The COVID-19 case numbers continue to rise in Johnson County.

JOHNSON COUNTY, Kan. — The COVID-19 positivity rate in Johnson County now sits at 9.9%, which is the highest it's been since April 13.

A county health department spokesperson said the transmission of the virus points to people ages 20-60 who are going to social events.

Still, the health department currently recommends that schools stay in the orange zone. The Shawnee Mission, Olathe and Gardner Edgerton school districts follow the county's gating criteria, so nothing changes for now.

"How long before what's happening out in the community makes it into the classroom? And I think it's just a matter of time," said Heather Simons, a parent in the Shawnee Mission School District.

Simons also is worried about indoor winter sports, which the district decided to move forward with last week.

"We're falling short as a community and there are no good answers," Simons said. "We can't pretend like everything is normal and we can go about life as normal."

According to the Shawnee Mission School District's data, 232 of its students are in active isolation, meaning they're positive, presumed positive or symptomatic. That number is up from 109 at the end of October.

The district has 219 students in active quarantine, meaning they've been exposed, which is up from 133 at the end of October.

Students in pre-K through sixth grade are getting the virus more than older students. However, the data shows the rate of contracting it outside school is much higher than in school.

"I think the numbers we have are very concerning," Areola said. "So we're looking at that."

Health department officials say they're regularly in touch with school superintendents to go over this data. Many schools will review their learning modes in the coming week.

A spokesperson for the Gardner Edgerton School District did not comment Monday other than to say, "We still need to discuss this with JCDHE ourselves. If something about these data affects our plans, I'll be in touch."

A Shawnee Mission School District spokesperson said, "We continue to work together with JCDHE and to solicit their guidance. At this point, that guidance has not changed."

And the Olathe School District said, "The district continues to watch data closely and will make a decision on Nov. 9 about the next month’s learning model and communication will be sent to families."