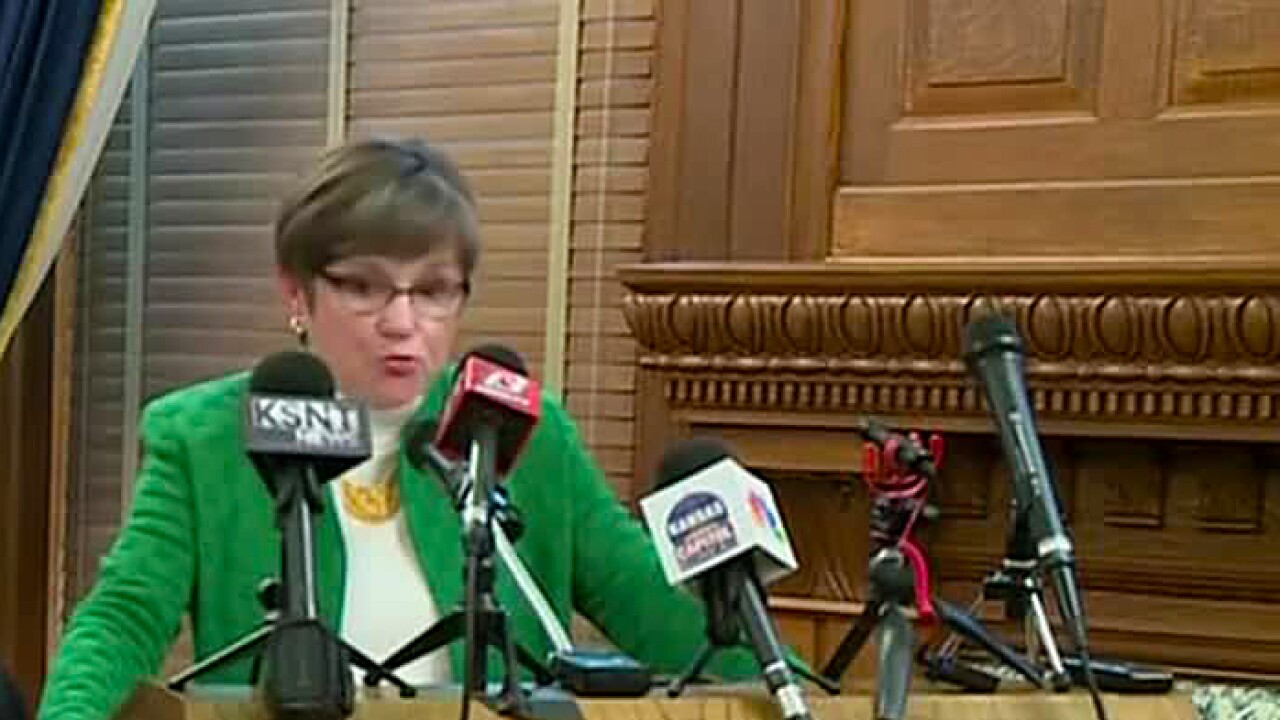 KSHB
Kansas Gov. Laura Kelly on Tuesday orders all schools in Kansas to close and stop in-person instruction for the remainder of the 2019-20 year.

KANSAS CITY, Mo. — Kansas Gov. Laura Kelly on Tuesday ordered all K-12 schools in the state to close and end in-person instruction for the remainder of the 2019-20 school year in response to the COVID-19 pandemic.

The governor said the "difficult decision" was made in collaboration with education professionals, including the Kansas National Education Association and the Kansas Association of School Boards, as well as local school boards, administrators and teachers.

"The reality of this pandemic is that it cannot be controlled statewide if school buildings return to normal operations or if they respond inconsistently within our local communities," Kelly said at a late Tuesday afternoon news conference.

A state task force has been working on guidance and lesson plans for alternative instruction, including online learning, Kelly said. The task force also planned to release additional guidelines Wednesday on distribution of meals and child care, particularly for parents who are first responders, health care responders or other emergency workers.

She said that while more details will be forthcoming, the announcement will give parents and educators "a sense of what's coming so they can begin to adapt and make plans as needed."

Kelly said that all school employees, both hourly and salaried, will continue to be paid during the closure.

Kansas Commissioner of Education Randy Watson said the state will be asking local school boards to look at requirements for graduation for high school seniors.

"Our first attention will be to make sure those students graduate on time," Watson said.

The Shawnee Mission School District said Tuesday that it supports Kelly's order and will close schools through the rest of the year.

“We have entered into a new reality, and it requires all of us working together in support of our community," SMSD Superintendent Mike Fulton said in a news release.

Fulton said the district would provide parents "with regular updates on our plans as they develop."

SMSD reacts to governor's closure of schools for remainder of year

Kelly also announced Tuesday that most state employees under her jurisdiction will be directed to stay home on administrative leave for two weeks beginning Monday, March 23, in an effort to minimize exposure to COVID-19.

"As Kansans, we’ve always done whatever is necessary to protect our families and our communities, and this moment is no different," Kelly said of the new restrictions on schools and state employees.

On Tuesday afternoon, there were 18 positive COVID-19 cases in Kansas, though one person in Ford County who tested positive is not a Kansas resident and not counted in an official tally by the state.

Most schools in the Kansas City metro had already closed for the next few weeks until April 6.

Parents who have questions on the school closures should contact their local school district, Kelly said.