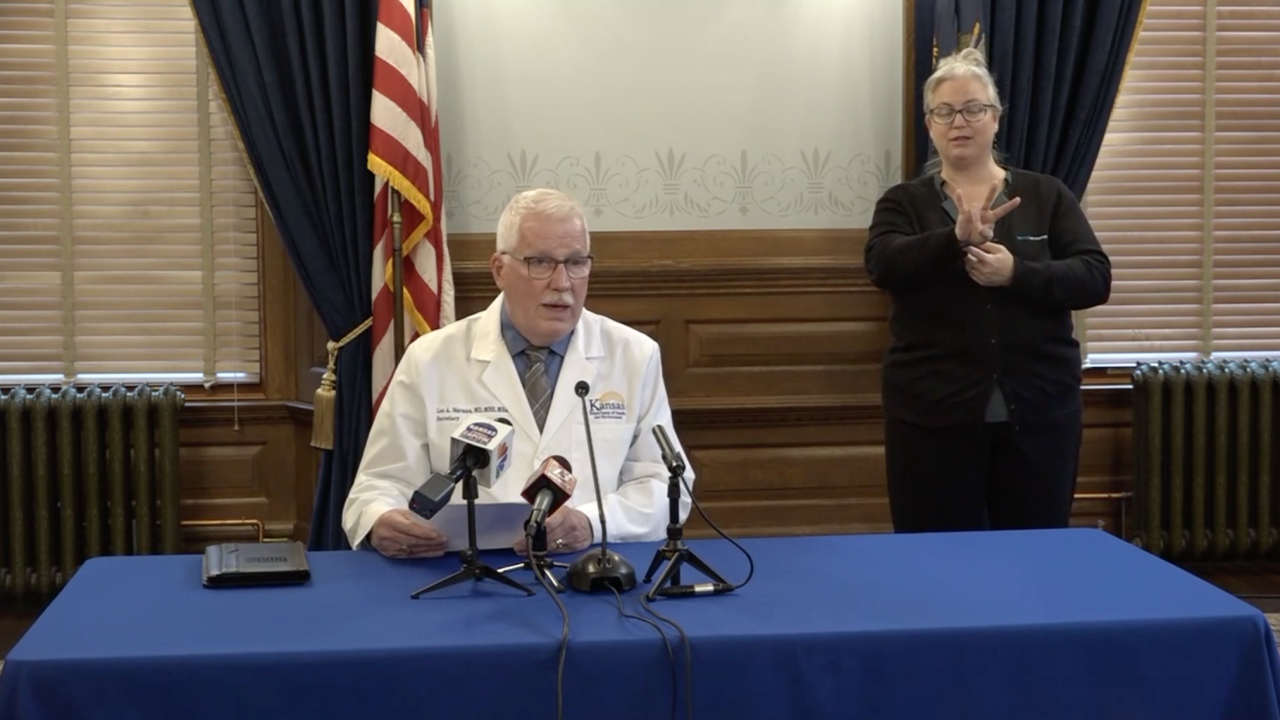 A week after the Kansas Department of Health and Environment began reporting the locations of COVID-19 clusters in the state, Secretary Dr. Lee Norman said the practice has come to a temporary halt at a Sept. 16, 2020, press conference.

KANSAS CITY, Mo. — A week after the Kansas Department of Health and Environment began reporting the locations of COVID-19 clusters in the state, the practice has come to a temporary halt.

The department began releasing more specific cluster information, including type, facility, city or state, county and the number of cases in a cluster, last week to promote transparency and “empower” Kansans to make informed decisions about their personal risk, Secretary Dr. Lee Norman said at the time.

Previously, the state shared cluster data only by category, such as schools, hospitals and nursing facilities.

In a statement earlier Wednesday, the department said it received both positive and negative feedback for the new data being released.

As they evaluate the process, a cluster list will not be released, though the department expects to resume that Sept. 23.

For example, Norman said, an outbreak from April won’t be included on the list.

Rather, the list will show names and locations of clusters still within one to two virus incubation periods.

Norman said that model will better help people make decisions as they go about day-to-day life.