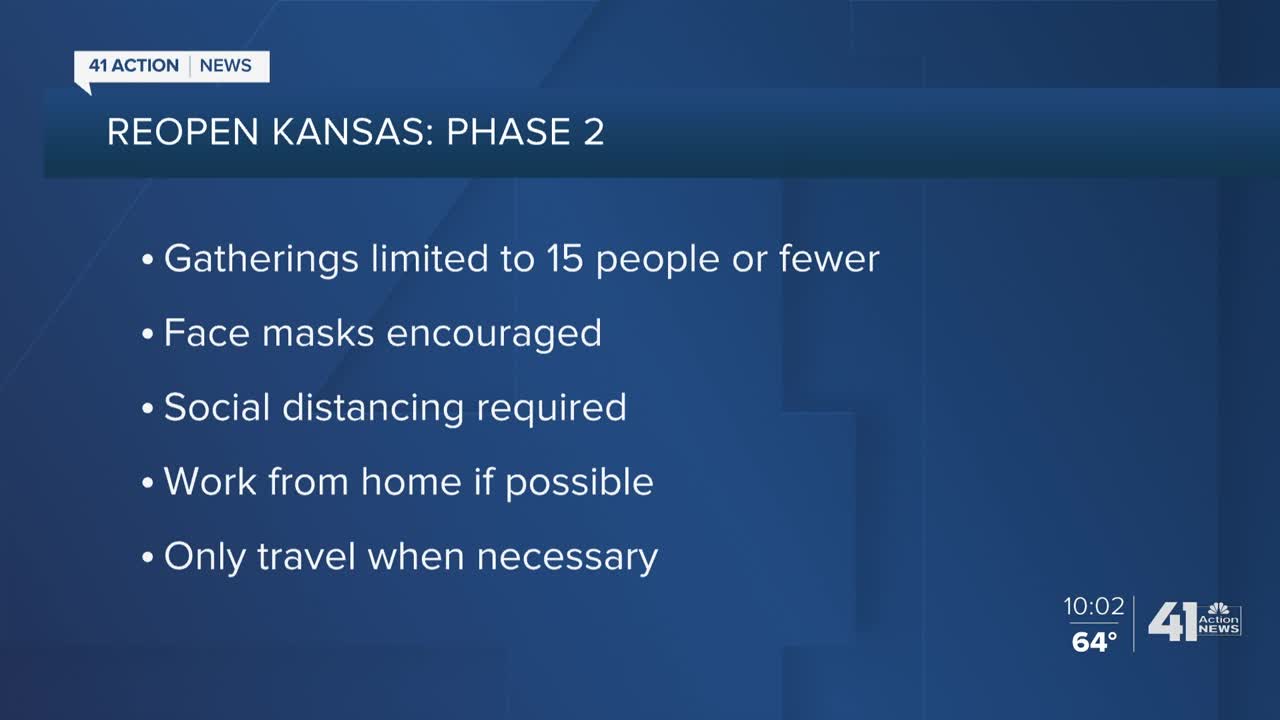 Kansas had been in a modified Phase 2 of the Ad Astra plan, which upped gathering limits to 15 and allowed more businesses to reopen.

Kelly said she will instead leave it up to individual county health officials to decide which phase is appropriate in their area, making the phases go from mandatory to more of a guideline.

41 Action News reached out to both the Wyandotte and Johnson Counties to see what this change would mean for people living there.

Johnson County Health Department Director Dr. Sanmi Areola said the right thing to do is "just stick with what has been a consistent public health message to our residents."

Both Wyandotte and Johnson counties will continue on in the state's Phase 2, despite it no longer being required. That means:

In April, Kelly said orders could eventually vary regionally, citing challenges of governing a state with a combination of rural and metropolitan areas.

Tuesday's announcement seemed to be motivated more by pressure for economic recovery from the Kansas legislature.

The governor also announced a new emergency declaration with the intention of helping Kansans and the state recover economically.

Kelly also said she is calling a special legislative session June 3 in hopes the legislature will extend her declaration to January 2021.

A similar effort was unsuccessful with Kelly's previous emergency declaration related to the COVID-19 pandemic, which she attributes to political motives in the state senate.

During the press conference, Kelly thanked Kansans who are being “responsible” in their actions and following guidance from the Ad Astra plan. She said it's helping flatten the curve and she hopes will prevent a second spike.