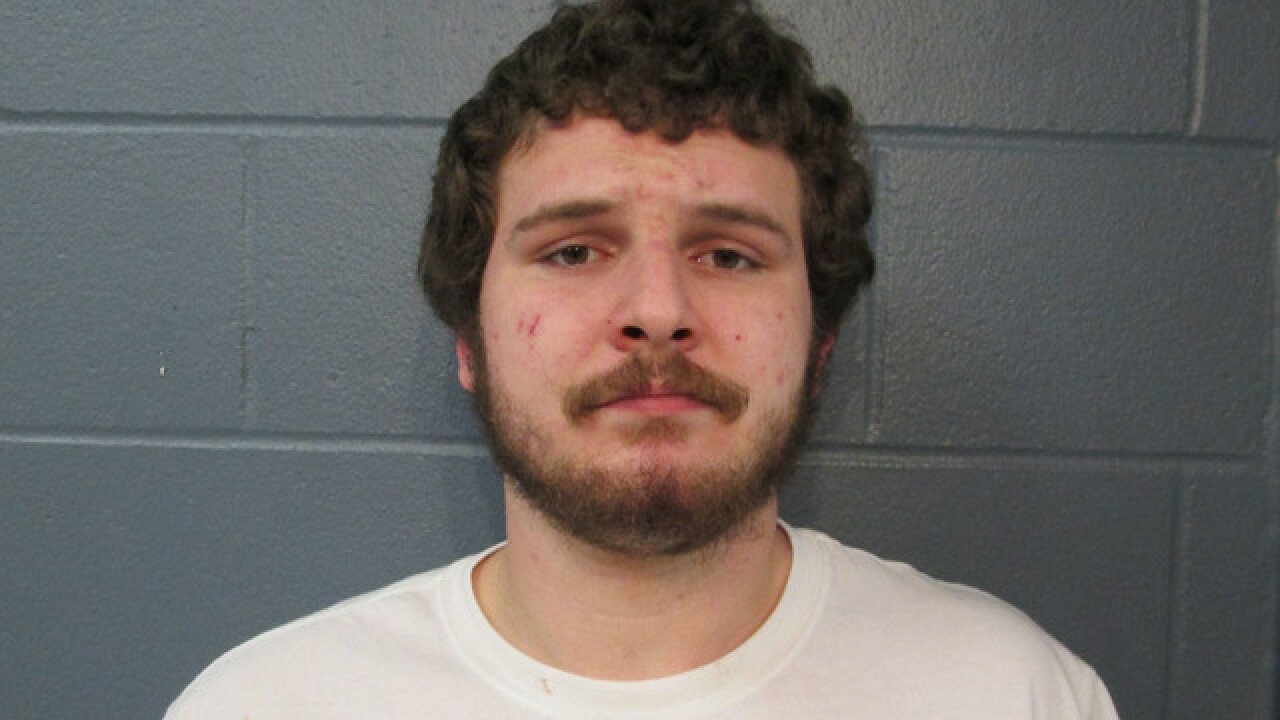 KANSAS CITY, Mo. -- A 19-year-old Garden City, Missouri man suspected to be under the influence of narcotics allegedly assaulted two law enforcement officers early Sunday morning, leaving one of them with serious injuries.

Deputies were called to Third and Fir streets in Garden City around 1 a.m. Sunday after receiving calls that a man had damaged a vehicle and broken the windows of a house, the Cass County Sheriff’s Office said in a news release.

A Cass County deputy found the man, covered in a large amount of blood, near a street sign.

Two Missouri State Highway troopers and another Cass County deputy went to the scene and tried to speak with the man. Witnesses at the scene said that the man, later identified as Jesse D.A. Hodges of Garden City, was under the influence of an unknown substance.

When officers attempted to take Hodges into custody, he allegedly tried to punch one of the troopers. A Cass County deputy and a Missouri State Highway trooper both used their Tasers on Hodges, which did not have an effect on him, the Sheriff’s Office said.

Hodges continued to fight with the four officers until he was handcuffed, according to the Sheriff’s Office.