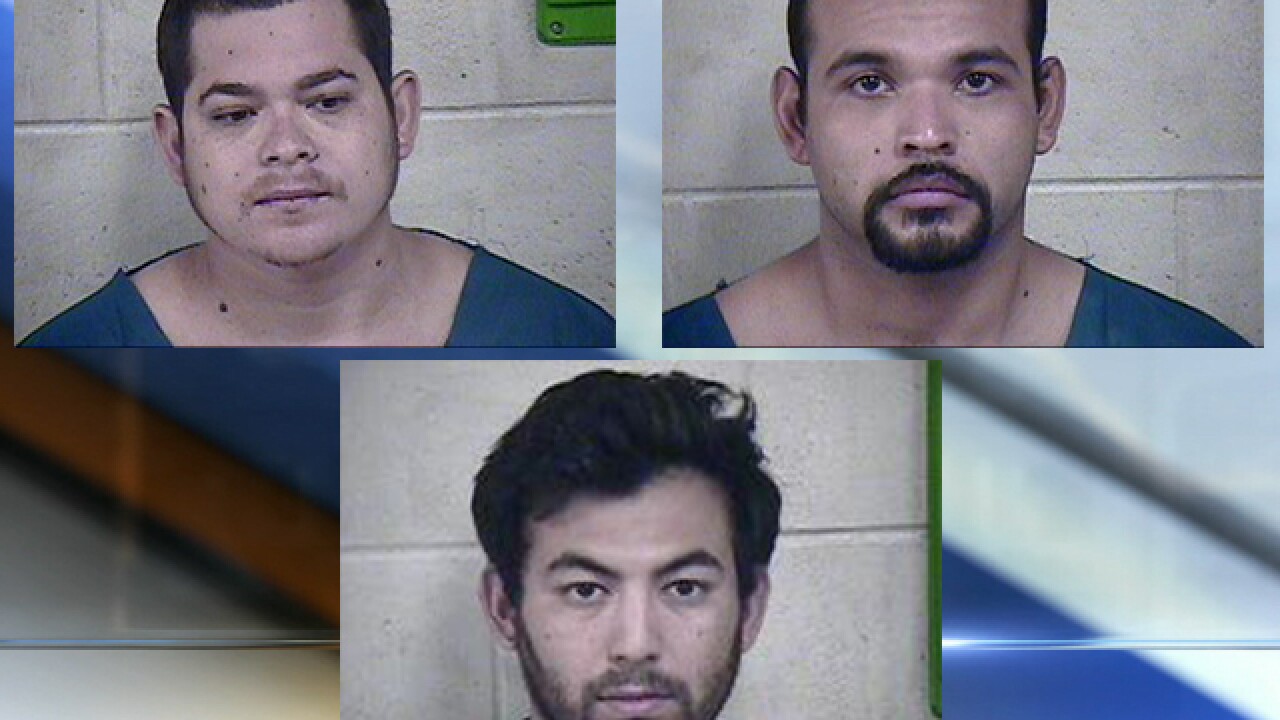 KANSAS CITY, Mo. – Three Kansas City, Missouri men are facing a slew of charges connected to an incident in which the men reportedly exchanged fire with police.

Juan Carlos Cuevas-Alvarez, 32, is charged with two counts of unlawful use of a weapon and one count of delivering a controlled substance.

Fidel Carmona, 29, is charged with unlawful use of a weapon.

A third defendant, Diego Torres-Infante, 24, has also been charged with unlawful use of a weapon.

Police were called out around 4 a.m. Sunday to the 3600 block of E. 59th Street on sounds of shots. When they arrived, they reported being fired upon and called for additional resources.

Eventually, the suspects surrendered and police located 26 pounds of marijuana inside the house.

The suspects admitted to drinking and shooting in the backyard of the house.